MOTORING: Alfa Romeo Stelvio: Putting the sport back in...

Alfa Romeo Stelvio: Putting the sport back into SUV 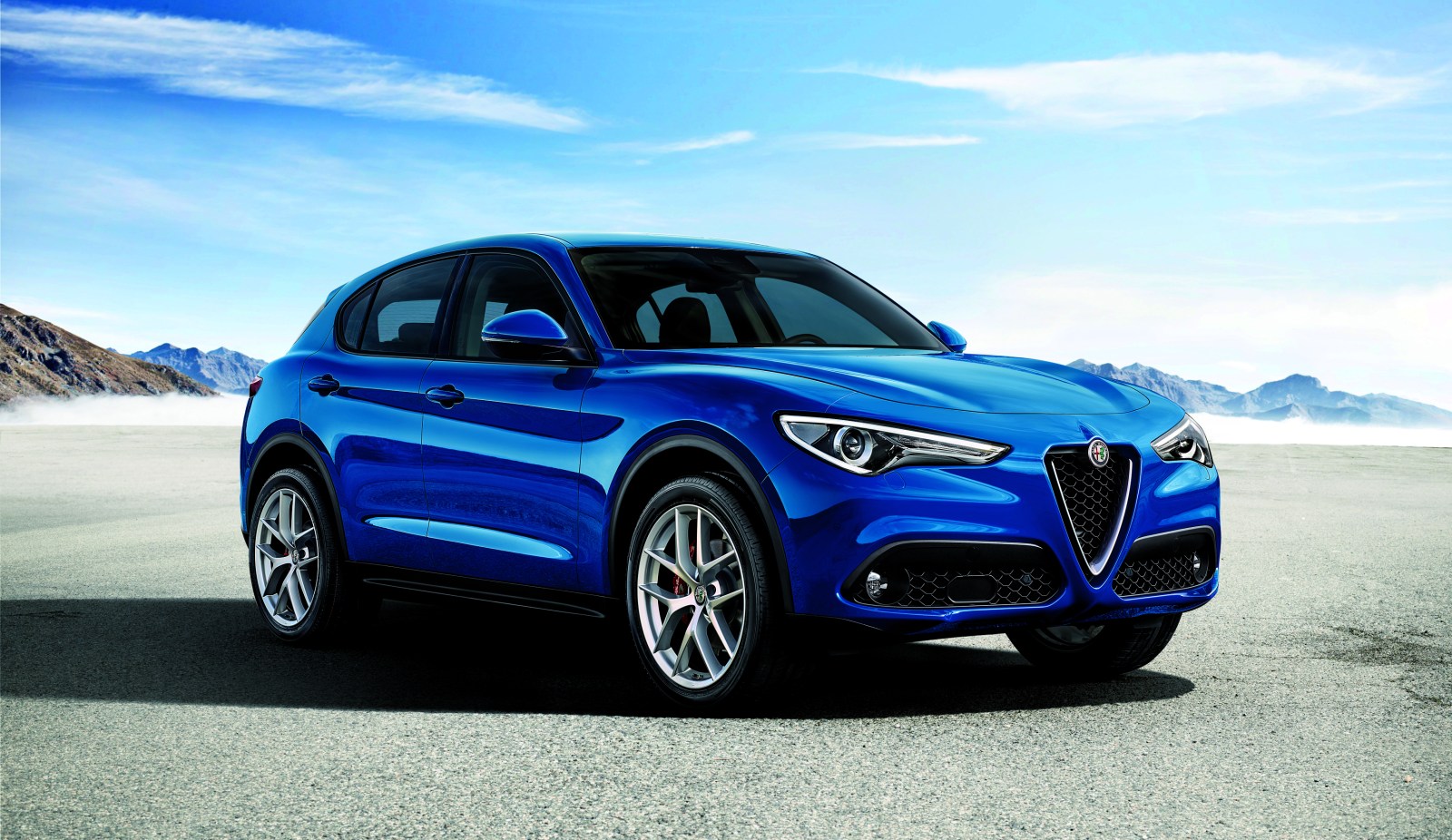 The new Stelvio might be Alfa Romeo’s first ever SUV, but the brand hasn’t forgotten its performance heritage, nor the fact that the ‘S’ in SUV is short for Sport.

There’s a lot to be said for SUVs in terms of space, stance and versatility. But their inherent bulk and raised ride height quite often translate into flawed dynamics, especially when compared to a sedan of similar size.

Exceptions are few and far between – but the new Alfa Romeo Stelvio is one of those.

If you’re familiar with the recently launched Alfa Romeo Giulia sedan, you’ll know that it’s one of the best handlers – perhaps the best – in its class. The Stelvio shares the Giulia’s platform, and manages to retain much of the saloon car’s road manners. That’s no mean feat.

I’m not sure that Alfa should be producing an SUV in the first place. The brand’s heritage was built on swift, emotive vehicles with an unerring sense of sensual style – and it’s hard to think of an SUV, any SUV, along those lines. 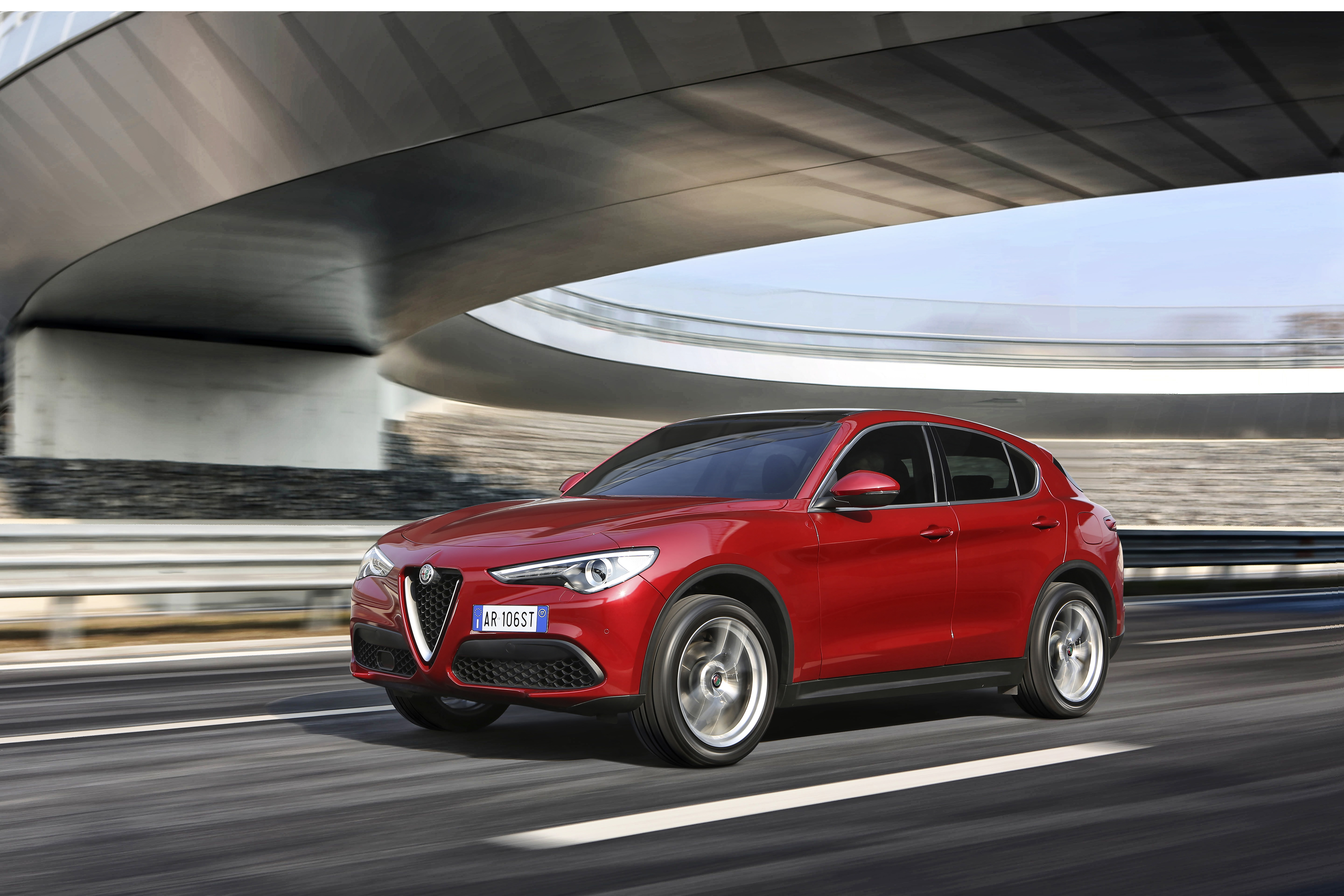 And yet, the Stelvio is surprisingly attractive, and distinctive, in a segment where aesthetics are rarely a highpoint. It’s certainly strong on Italian character – which may please some, but not all.

The exterior exudes dynamic appeal, thanks to a combination of a sleek profile, prowling bonnet and powerful haunches. Yes, it has the typically tall SUV stance and bulk, but it carries its weight and stature well, while oozing athletic promise, too.

At 4.7m long and 1.9m wide, the Stelvio is only 48mm longer and 30mm wider than the Giulia sedan. But it stands a substantial 245mm taller, partly due to its 200mm-plus ground clearance. The wheelbase of the sedan and the SUV are virtually identical.

Its makers have done well to limit the Stelvio’s kerb mass to 1,660kg, thanks to the generous use of aluminium. While it’s not exactly a lightweight, the Italian is slimmer than many of its rivals. 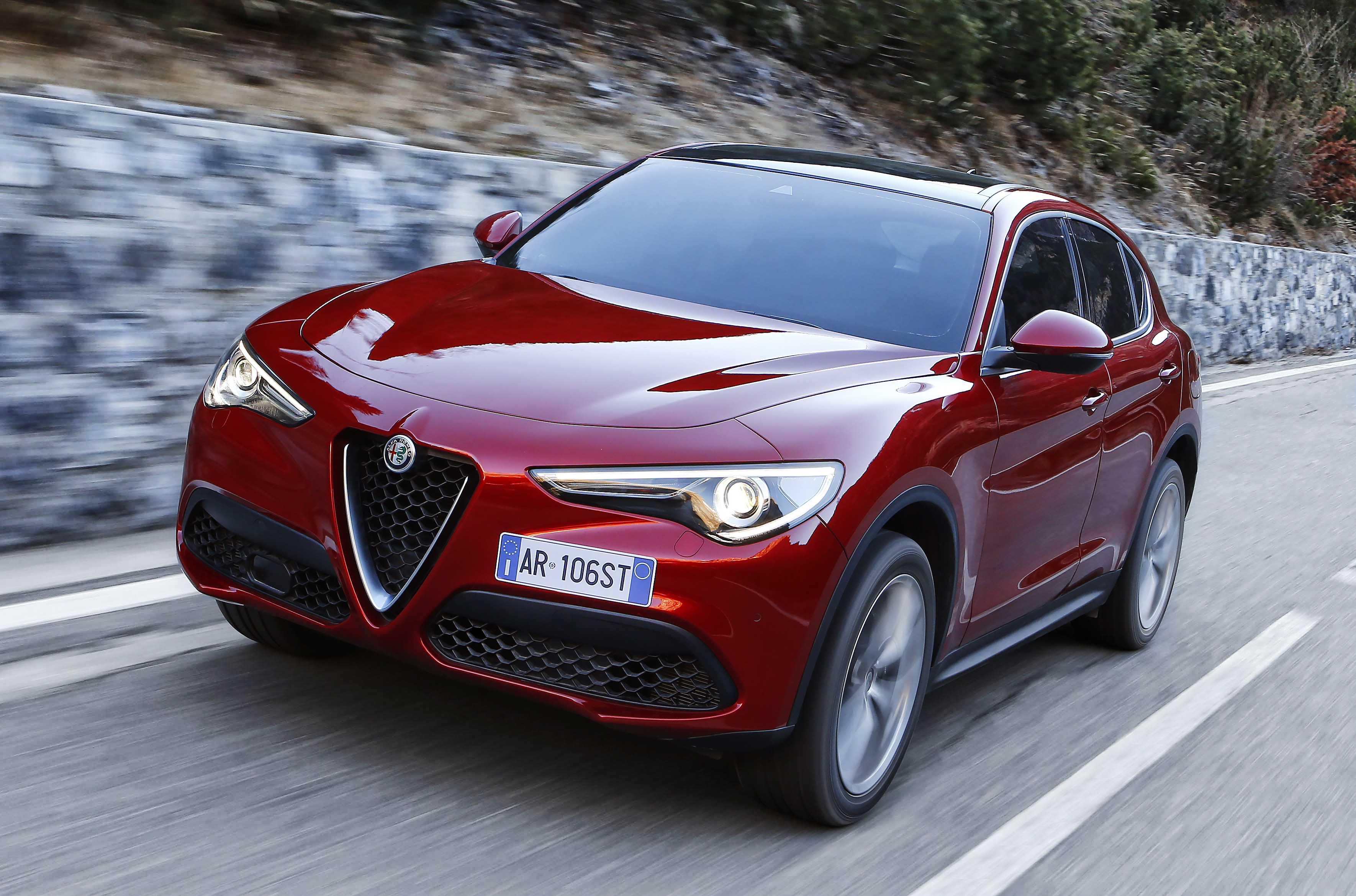 Talking of which, the Stelvio finds itself squaring up against established players such as the latest iterations of the Audi Q5 and the BMW X3, as well as the larger Jaguar F-Pace and even Porsche’s Macan.

I mention the Macan specifically because the German marque has had to overcome a similar prejudice against a sports car brand entering the SUV fray, but soon silenced its critics with the success of both the Macan and the larger Cayenne.

The Stelvio might not be quite in the same performance league as Porsche’s entry-level Macan S, but it’s clear that Alfa Romeo has placed particular emphasis on its SUV’s dynamic capabilities.

Apart from its relatively slim weight, the Stelvio also benefits from a bespoke suspension comprising double wishbones up front and a multilink rear. The Q4 intelligent all-wheel drive system is tuned to provide the dynamics of a rear-wheel drive vehicle, with the front wheels only being called into play when more traction is required.

That goes for the engine, too. It may be a humble 2.0-litre, four-cylinder mill, but the all-alloy unit is credited with a boisterous 206kW of maximum power, combined with a beefy 400Nm of torque.

With all-wheel drive to harness all that urge, and an eight-speed auto gearbox offering slick, swift cog swaps, the Stelvio’s underpinnings appear to vindicate its dynamic aspirations – and the brand’s performance heritage.

The interior swaps the attention from go-fast appeal to creature comforts. There’s ample space up front, but rear passengers may find legroom adequate rather than generous. That’s partly to ensure a decent boot, which offers 525 litres of cargo space.

The Stelvio is offered in standard Super guise, or as a so-called First Edition as tested here. The two versions are mechanically identical, but the latter further bolsters an already comprehensive list of standard features – at a price.

The cabin is smartly executed, with seating decked out in fluted leather upholstery that looks and feels the luxury part. Certainly, the surfaces and finishes further vindicate the Stelvio’s premium positioning.

The driving position is good, but the steering wheel reach adjustment range is too limited – it harks back to the long arms/short legs driving position Italian cars have always been infamous for. 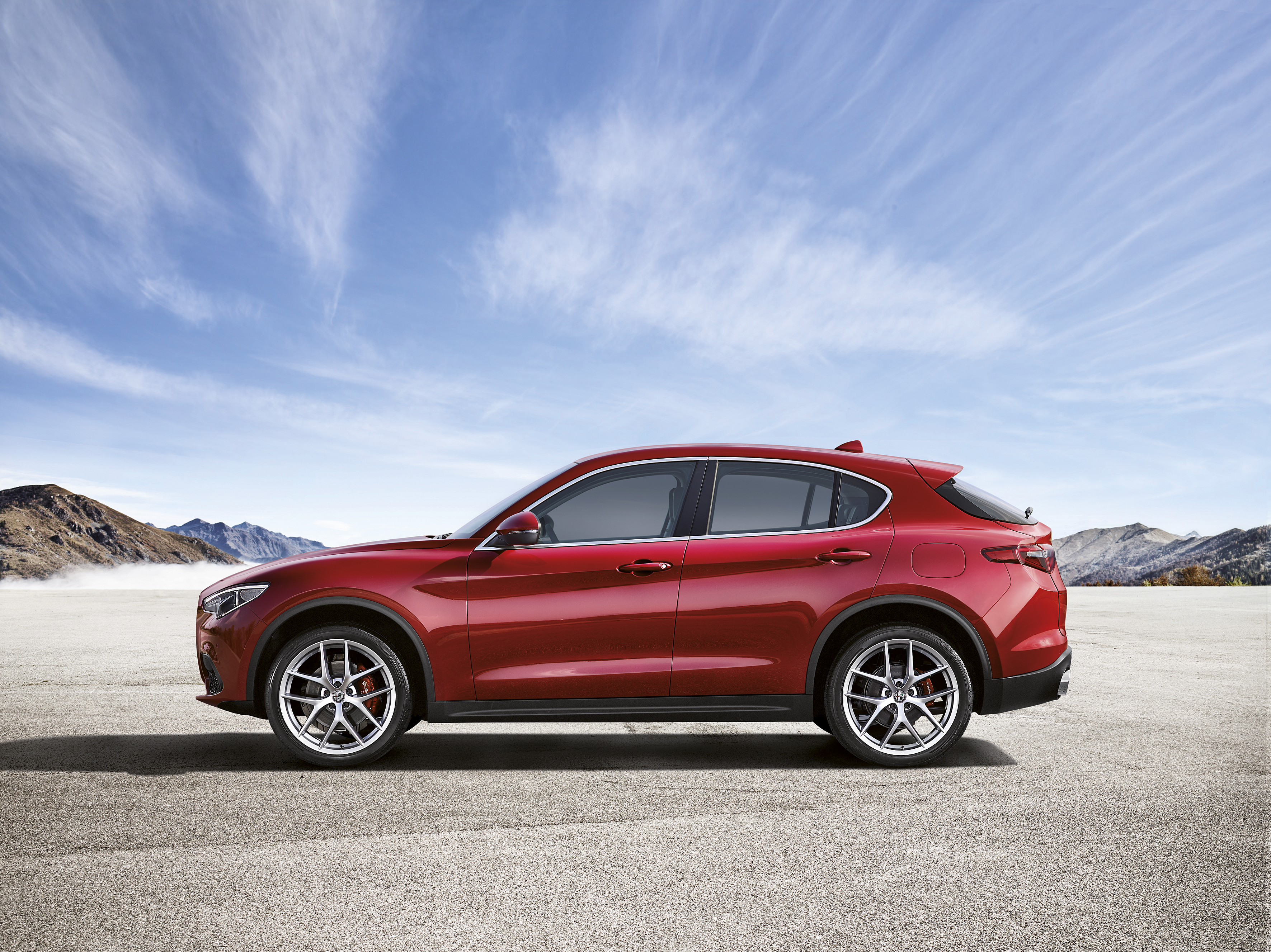 The Alfa’s switchgear also lacks ergonomic appeal, relying on too many buttons and switches, which are not always logically arranged. Even the screen-based infotainment system is not the most intuitive to use – especially on the move.

Behind the thick-rimmed multifunction steering wheel you’ll find a set of gearshift paddles that remain static, regardless of steering wheel movement. It’s an arrangement that works a treat – especially since the Stelvio almost demands to be driven in manual mode.

Also of note at this point is the DNA drive mode selector, which offers a choice between Dynamic, Normal and Advanced Efficiency modes. Even in Normal, the Alfa feels lusty and responsive, but opting for Dynamic places the focus firmly on driving fun. 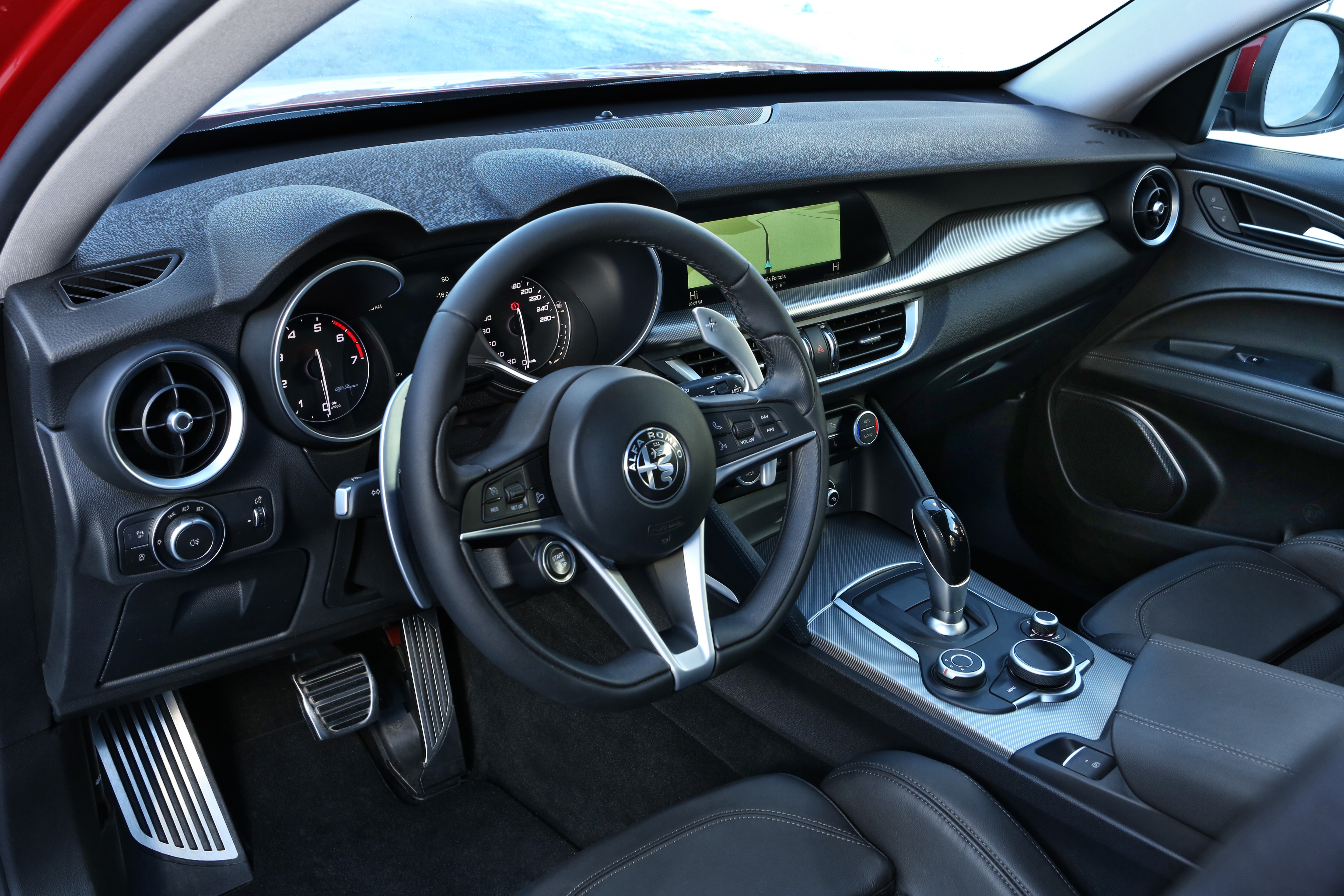 Advanced Efficiency benefits economy for those intent on setting fuel consumption PBs – but frankly, the Stelvio’s overt sportiness suggests that most owners will be more intent on exploring its dynamic virtues. 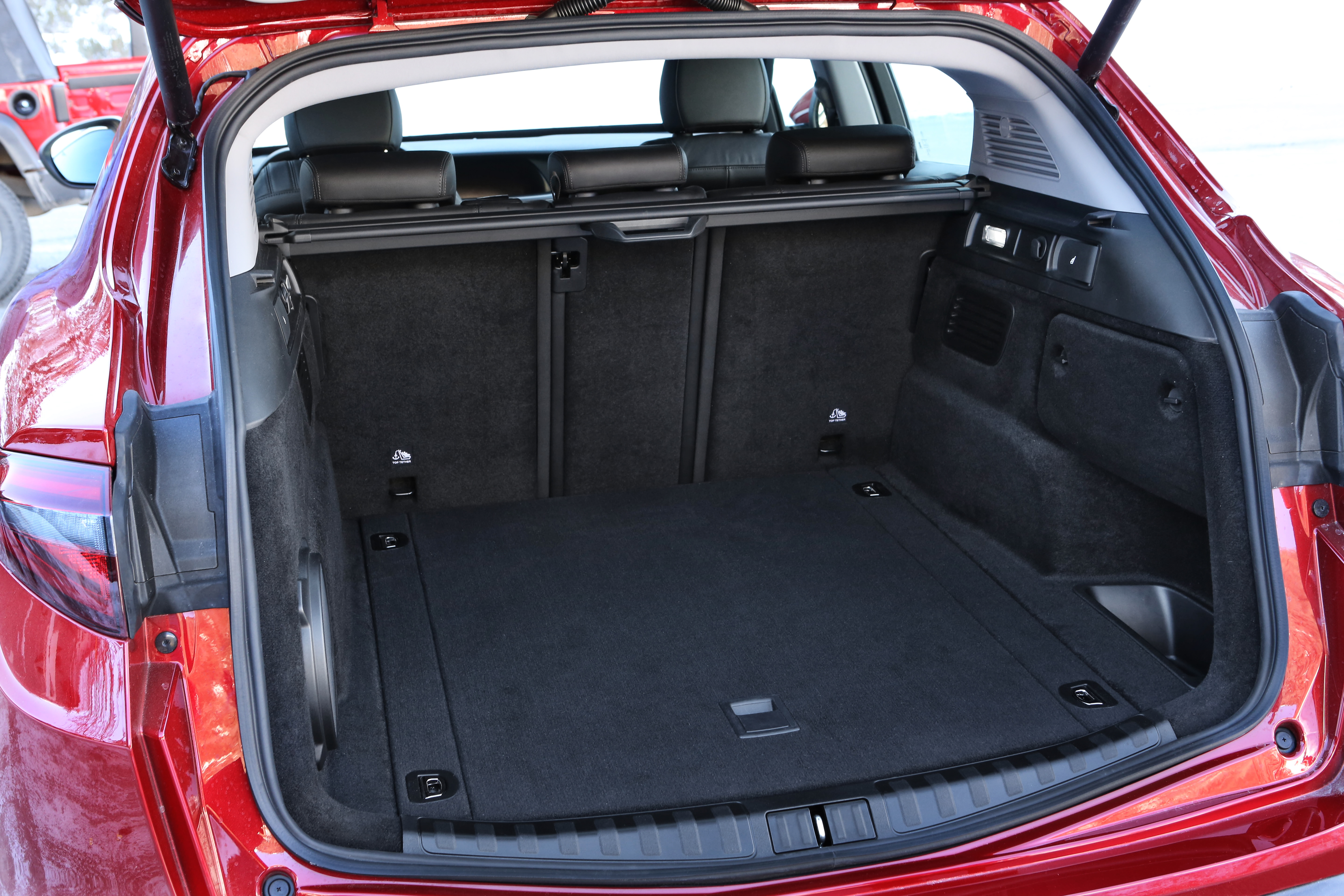 That four-cylinder engine certainly overdelivers on expectations, offering loads of grunt and go, with good low-down urge and no turbo lag. No wonder the Stelvio is already swift and spunky in normal driving mode – but to really light its fire, opt for Dynamic mode. 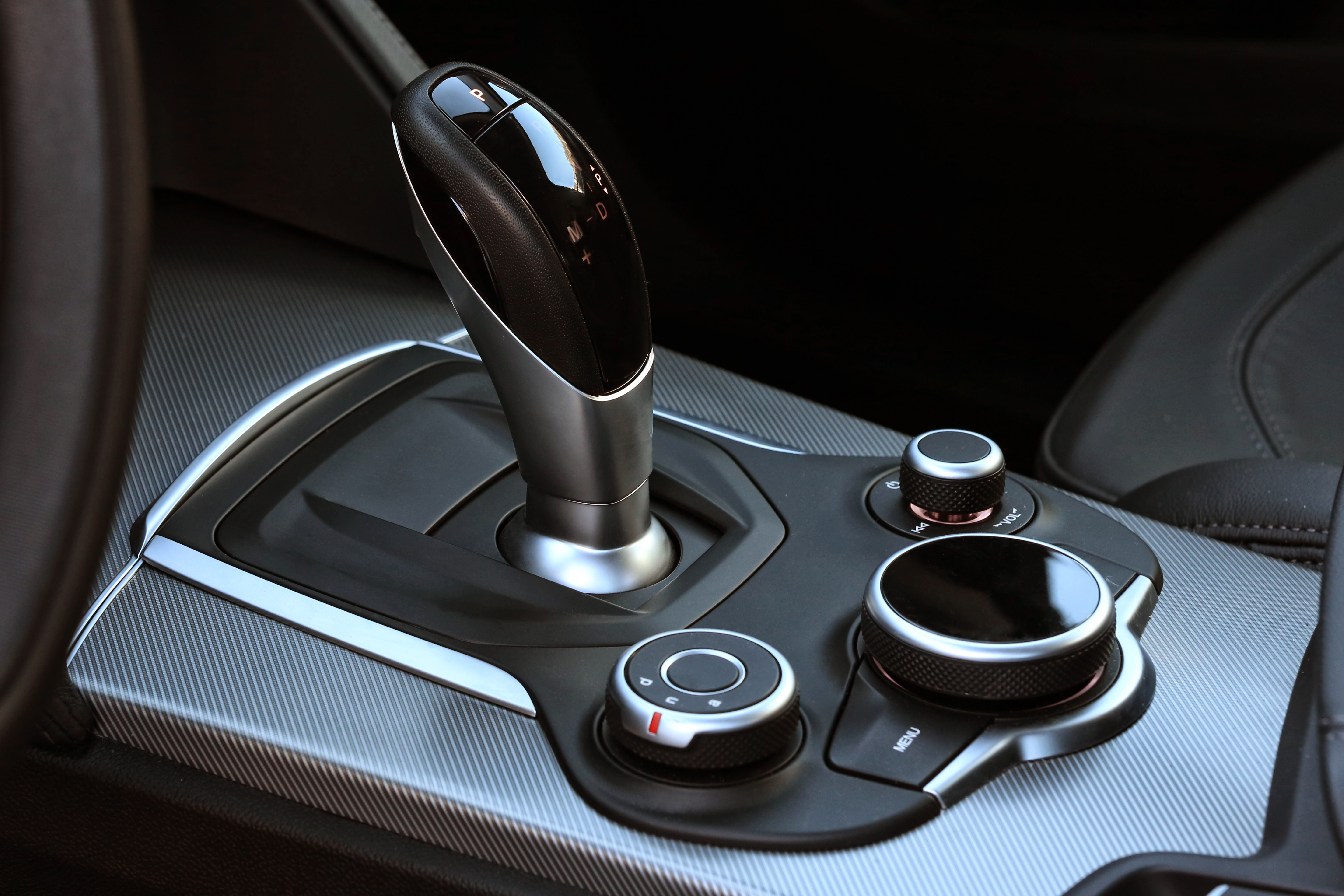 The Stelvio always feels robust and solid, even over less than ideal surfaces. That robustness is also reflected in the firm ride and the resolute composure of the vehicle when pressing on – and yes, this is one SUV that rewards those driving with verve.

The taut chassis makes for a close conversation between car and driver, but while the Alfa’s ride never feels jarring, many SUV buyers will prefer something plusher. Remember though: this is an Alfa Romeo!

The Q4 all-wheel drive system is also more about composure than off-road traction. It certainly keeps the Stelvio tidy in the tight stuff, with none of the expected nose-wide understeer, nor any leery, cross-armed oversteer. 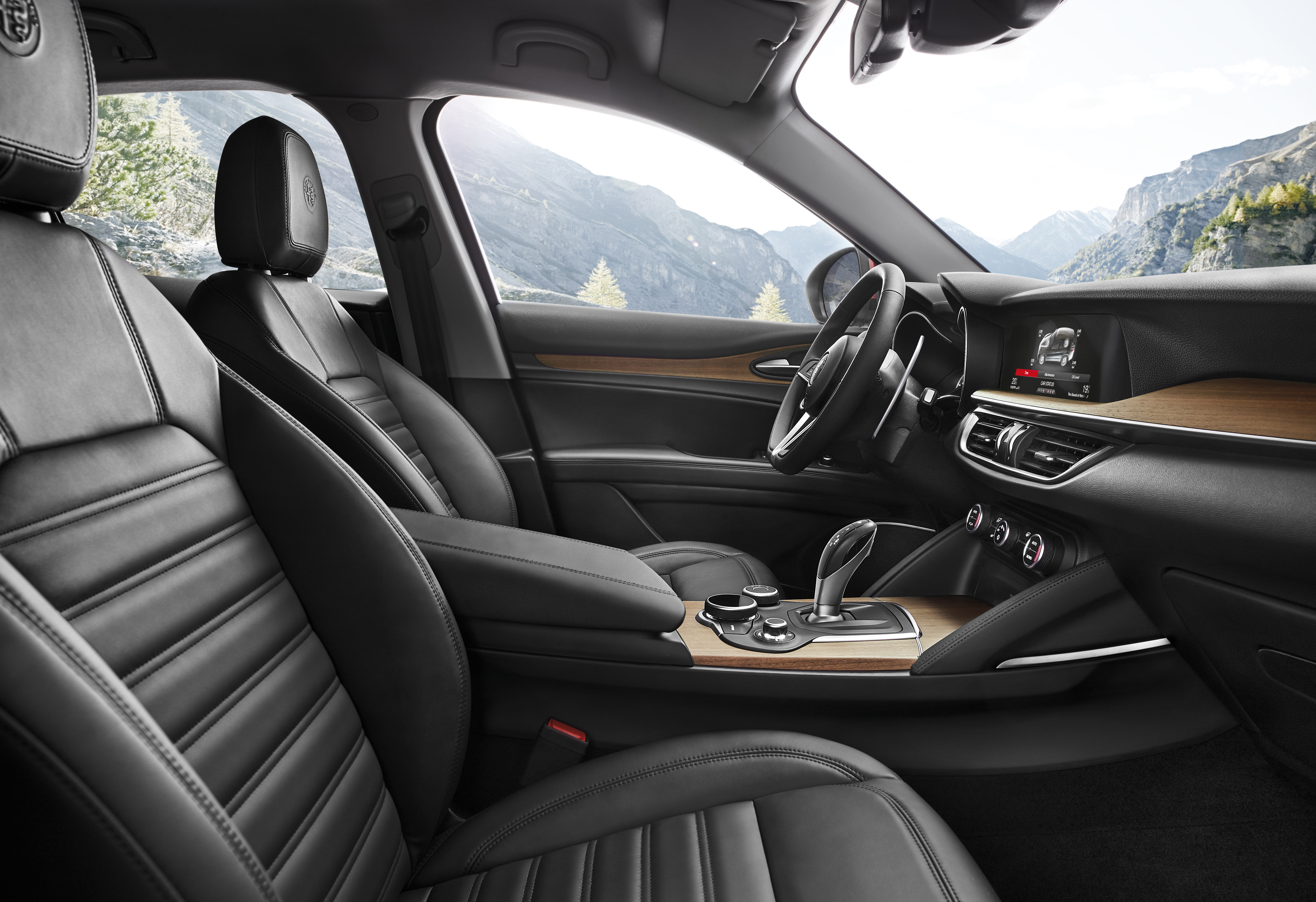 The Alfa remains mostly neutral, but with just enough liveliness and response to keep the driver engaged while not alarming nervous passengers. This is a sports utility vehicle that places the emphasis firmly on the sporty part of the equation.

Most of all, though, it’s the vehicle’s mix of individuality, Italian charisma and sheer dynamic flair that sets it apart from the SUV crowd. It never feels cumbersome in the way many SUVs can, and rivals many a sporty sedan in outright handling terms.

The Alfa Romeo Stelvio isn’t perfect by a long shot. It’s neither the most comfortable, nor the most spacious (especially for rear occupants) in its segment. 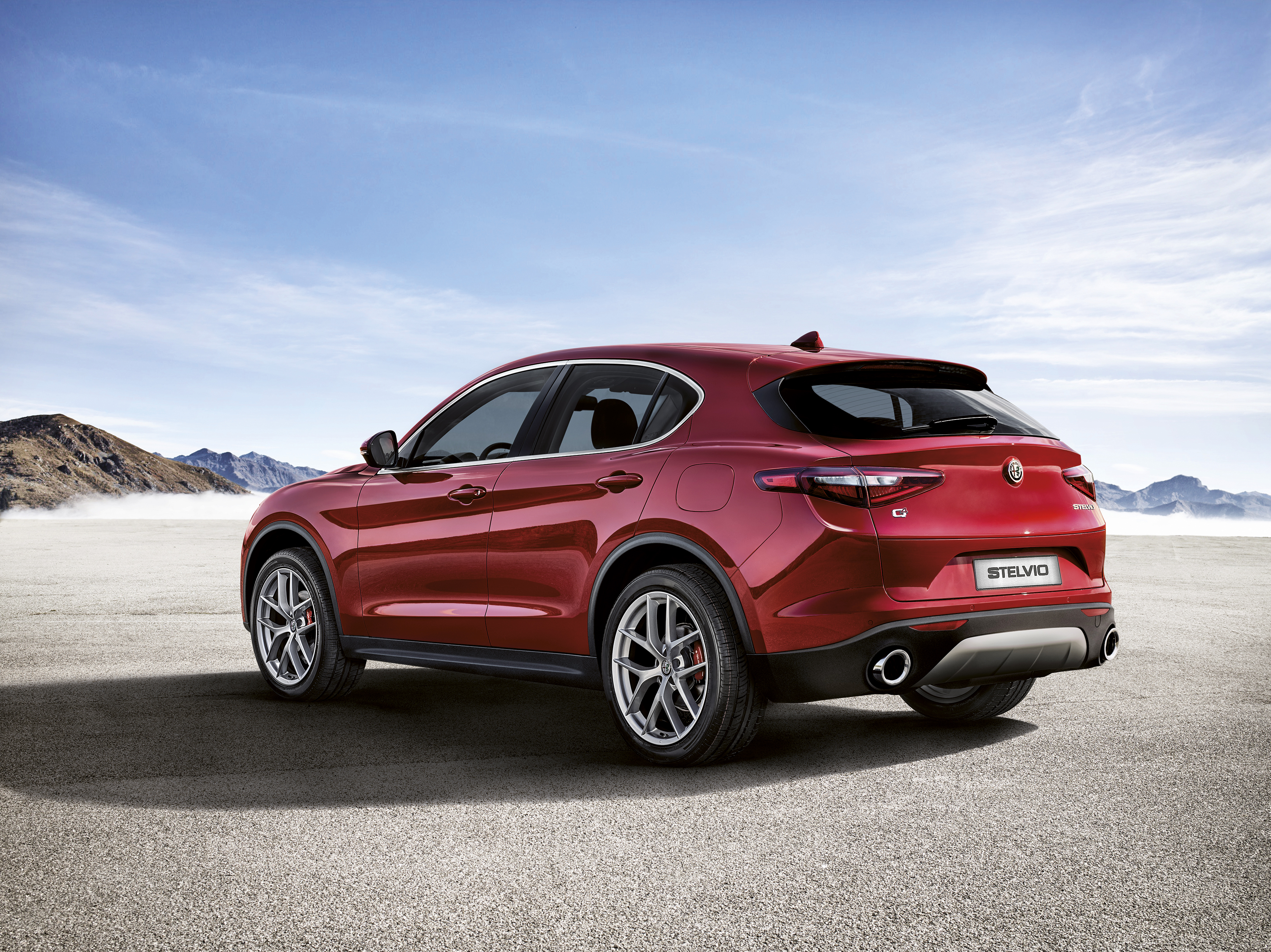 Some of the ergonomics are awkward, and in straight line terms there are faster SUVs. Given the brand’s relatively low-key presence, the price appears to be on the steep side, too – although it does include almost everything usually on the options list.

So, for those seeking a full-featured SUV offering distinction, head-turning styling, driver appeal and real character, the Stelvio belongs on the must-test list. DM

Ergonomics could be more intuitive. Ride may be too firm for some. Pricey.