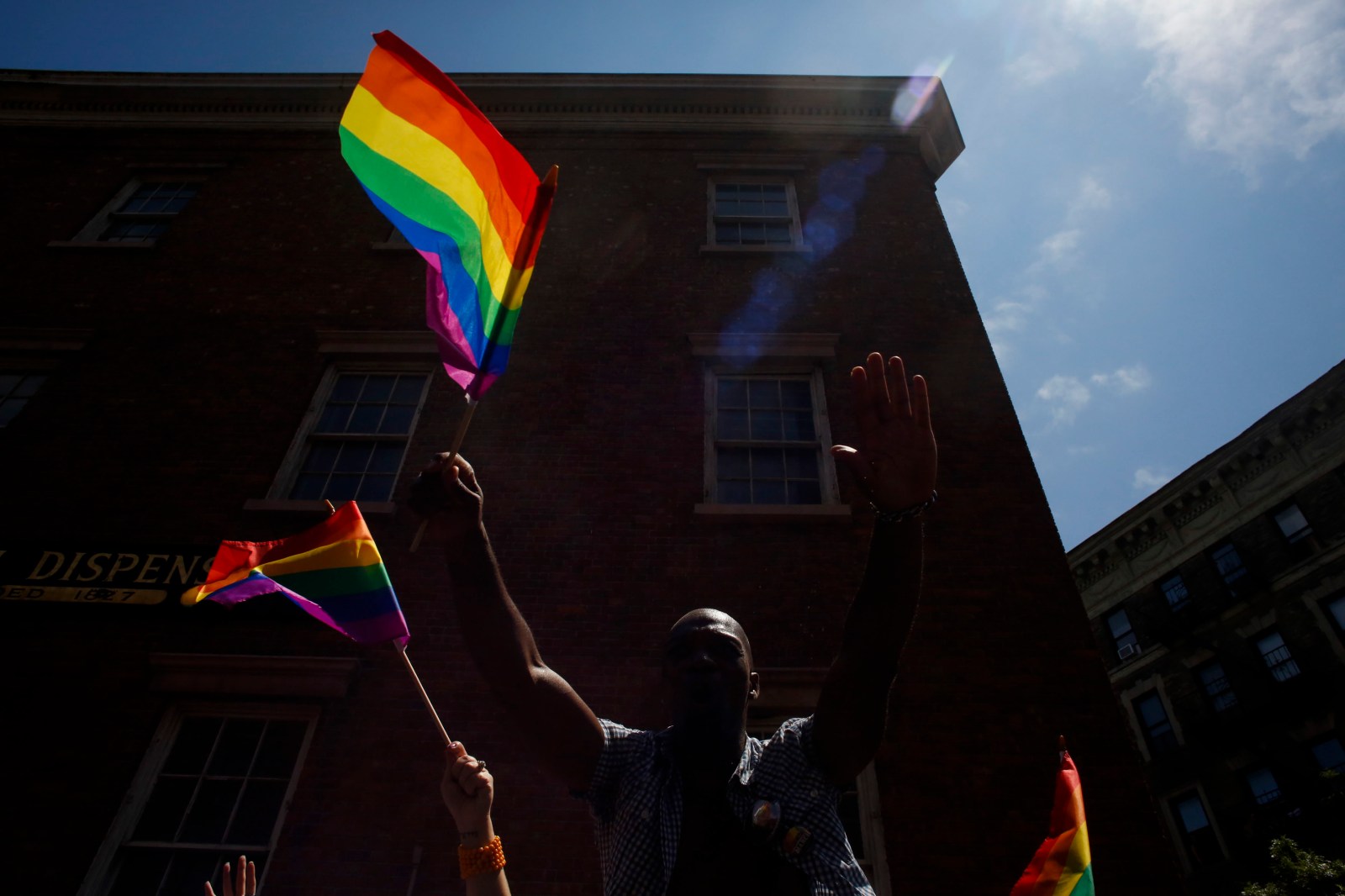 If David Buckel’s suicide is a deep expression of misery, what of our own current collective self-destruction?

Here is a personal recollection of the brilliant gay rights lawyer who made headlines last month by setting himself alight in Prospect Park, Brooklyn:

The year is 1995, and I’ve just won a green card in the diversity lottery. Strangely, I don’t particularly want this visa. Back in South Africa, I’ve just spent three years working with a Cape Town group called Organisation for Lesbian and Gay Action — the lead lobbying outfit making South Africa the first country to ban sexual orientation discrimination in its Bill of Rights.

So while I’ve enjoyed a year of checking out the New York City clubs and film festivals, fact is, part of me is ready to go home. Mandela is president. Progressive democracy is emerging. Even the lottery application itself was, frankly, something of a whim: me showing a group of friends how simple it was fill out a form.

Now, though, activist colleagues put me in touch with an immigration attorney named Noemi Masliah, who is involved with Lambda Legal, a leading LGBT civil rights organisation. In her office on Broadway, she sits with a thin, good-looking gay male friend in his thirties.

“It’s such an easy process,” he says, referring to the formal green card application and interview. He leans forward: “Just keep your options open. You can always go back to South Africa.”

I end up staying. Postgraduate studies, teaching jobs, a marriage to another human rights advocate: Peterson Toscano, who survived 17 years of ex-gay programmes to become an international voice for LGBT equality. John Lennon, that wise bard, sang that life is what happens when you are busy making other plans.

Buckel, too, had an interesting and unpredictable two decades, after that crisp winter morning in Manhattan.

In 1999, he was the lead attorney in Brandon vs. County of Richardson, suing successfully to hold a sheriff accountable for failing to enforce witness protection laws applying to a trans man who reported a gang rape. This story ended up being memorialised in an Academy Award-winning movie, Boys Don’t Cry.

From hate crimes, Buckel moved to same-sex marriage. Today this seems prescient: indeed, Lambda Legal later remembered him as a “legal visionary.” In much of the world, at the turn of the millennium marriage equality became the central civil rights issue of our times.

Buckel was the lead strategist in two key cases in New Jersey and Iowa that laid the foundation for Obergefell vs. Hodges, when the US Supreme Court decided marriage equality was guaranteed by the constitution. He was as important to that battle as any other single individual: think Braam Fisher at Rivonia, or Edwin Cameron as an openly HIV-positive constitutional court judge.

In his personal life, too, Buckel blazed trails. When he and his husband were rejected as a same-sex couple by adoption agencies, he formed a four-adult family with lesbian friends.

And then, at last, the big change happened for David Buckel. A shift that has, it must be said, also come for my husband and me, and for increasing numbers of queer people our age.

Buckel stumbled upon environmentalism, and in particular, climate science. After retiring from law, he took up a composting project at the Brooklyn Botanical Garden.

He walked an hour to work to reduce carbon emissions, and then another hour back again, through the bustling New York streets. How nice, I imagine him thinking, not to work anymore in that Broadway office with the leather armchairs and the polished desks, but rather here, on that sprawling community farm attached to the garden with its Japanese wolf spirits temple and its cherry groves.

He saw his work as community organising, against inequality and climate destabilisation. Most of his helpers were young Black and Latino men from rough, poor neighborhoods.

“He was a light in a lot of our lives,” Domingo Morales, 26, told the New York Times.

Queers for the Climate, a new activist group, sees itself as fighting for economic and social equality alongside climate mitigation. Citizens Climate Lobby, with whom my husband and I affiliate ourselves, supports carbon fee and dividend to encourage capitalist innovation for clean energy.

Most LGBT people — traditionally an urban group more comfortable in art museums than rugged woodland campsites — agree that the battle for a liveable planet is deeply connected to human rights. Indeed, it is always the most vulnerable people who will be worst affected by superstorms and droughts — homeless trans teenagers in Houston or African subsistence farmers trying to grow mealies.

This year, back injuries were making it hard for Buckel to keep working at the compost project. In addition, the US politics of climate change were depressing him, all the regulations rolled back by Environmental Protection Agency chief Scott Pruitt; the withdrawal from the Paris accords.

On April 14, Buckel sent emails to loved ones and media outlets.

At dawn he wheeled a barrow to Prospect Park, near his workplace. In it he had a jug of petrol, the kind you bring back from the BP when you run out along the road. He also had a printed copy of another suicide letter, which he left in the barrow. In this one, he apologised to the police for leaving a mess.

No one witnessed his self-immolation, although we can all probably picture it after Malcolm Browne’s classic photograph of the monk Thich Quang Duc setting himself alight in Saigon in 1963: the placid serenity, the eerie, unshakable commitment.

Runner’s World author Mary Pilon wrote that, on her morning jog that Saturday, she saw Buckel’s dead body, surrounded by police cars, but still on the ground, “reaching into the air, as if trying to grab at something.”

Later, after connecting what she saw to the news reports, she ultimately rejected Buckel’s offer of his act as pure protest, instead saying, “It’s hard for me to see his action as anything beyond a profound act of suffering.”

On social media and in the commentariat, others offered variations on this response: clearly, the man was mentally ill, and what about his daughter?

Fair enough, I think, remembering, dimly, that funny, intelligent, man who long ago talked to me. What personal pain might he have hidden, even back then?

Yet if Buckel’s suicide is a deep expression of misery, what of our own current collective self-destruction? The failed crops of the developing world; the empty dams of Cape Town; the wrecked homes in the Caribbean in the wake of Hurricane Maria.

Positive alternatives to fossil fuels are available. One study found that a carbon tax would grow economies, chiefly because of the improvements to human health and productivity when we stop breathing coal, oil, and gas fumes.

In the face of all this, is it not deranged to continue business as usual?

Is it worse to abandon a daughter via suicide, or to leave her a wrecked world?

In its extremism and madness — its very queerness — Buckel’s death begs such important, unsettling questions. DM