The Unfreedom of Freedom Day: What is class? 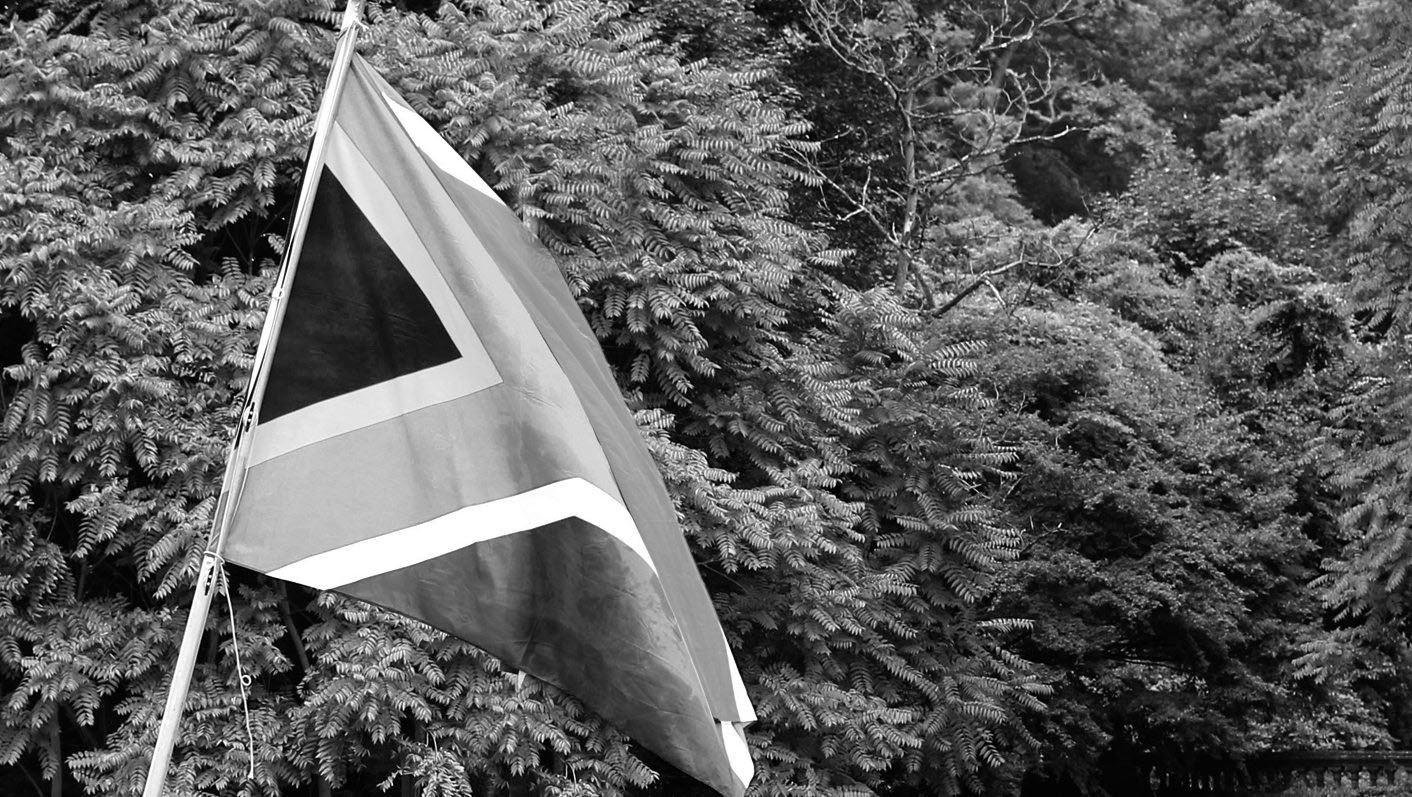 Such is the alleged similarity between today and 24 years ago that it is now commonplace for black people to decry the very idea of Freedom Day. For them, nothing has changed.

Standard responses to what was supposed to have been the celebration of the 24th anniversary of Freedom Day – 27 April – were variations of: What Freedom? Black people have nothing to celebrate. Whites – particularly males – still own everything. Freedom still means black poverty.

The link between race, wealth and poverty is common to the orphaned dream of a “new” South Africa that promised a better life for all. Yet, our own recent history shouts a much greater complexity to “race” being primarily responsible for poverty or inequality. President Cyril Ramaphosa, for instance, stands accused of having used his considerable wealth in ways that led directly to the Marikana Massacre of black mine workers. Similarly, former President Jacob Zuma and the Guptas leave no doubt that colour is no counter to self-enriching crime and corruption’s contribution to poverty and inequality. Current rural struggles against tribal leaders illuminate the contradictory interests often contained within tradition- or culture-bound Identities.

Moreover, although South Africa is alone on the continent in having a white settler population that is seen to own everything, all African countries – outside of the Hollywood fantasies of the Black Panther – are characterised by a small elite engulfed by mass poverty, regardless of the diversity of their colonial histories, languages, or religions. Identity, in other words, seems to do little to enrich understandings of poverty and inequality in Africa.

Britain provides another reminder that identity is a poor aid to understanding wealth, poverty and inequality. Britain, the home of the world’s first Industrial Revolution, was, in today’s colour-coded world, all white. It was also all Christian. Fortunes were made by the all-white owners of the new industries. However, a common religion along with a shared whiteness did not spare white workers, their families and children from the horrors of unhealthy slums or notorious working conditions such as starvation wages, along with 16-hour workdays, regardless of gender or age, including five and six-year-olds. Life was indeed cheap; and the lives were all white and Christian.

Realities, such as the above, often lead to a largely formal recognition of the “intersectionality” between class and race. In this context, however, class often means little more than a description of societies divided hierarchically, according to the different meanings and measurements of poverty and wealth being used. In terms of this descriptive use of social class, white South Africans are all rich and privileged, whereas black South Africans remain poor. (Coloureds and Indians are not normally considered in these conversations.)

Post-apartheid South Africa no longer provides any statutory basis for the division between white wealth and black poverty. If race is meant to determine, rather than just describe, South African inequality this determination remains unelaborated. In the absence of a coherent analysis, the supposedly racialised inequalities somehow just reproduce themselves year after year. Richness and privilege are treated as synonymous, so there is no need for any elaboration of how the one supposedly sustains the other.

While “racial capitalism” is a superb two-word definition of the political economy of apartheid, it’s invocation to describe the present is unhelpful: other than the fact that workers are mostly black (as is to be expected given an overwhelmingly black population) and are treated as dehumanised components of the economy (as workers are generally treated everywhere), the racial side of the racial-capitalism couplet remains unelaborated.

This creates the perception that, such is the precision of post-apartheid’s reproduction of apartheid-manufactured black poverty being the condition for white wealth, that the grotesque inequities of apartheid remain integral to today’s South Africa. No less remarkable is the implicit assumption that these racialised inequities have simply survived 24 years of an overwhelmingly black electorate repeatedly choosing overwhelmingly black Parliaments that elect overwhelmingly black governments, led by black presidents. Indeed, such is the alleged similarity between today and 24 years ago that, as previously mentioned, it is now common-place for black people to decry the very idea of Freedom Day. For them, nothing has changed.

Dividing societies into the rich and poor has historical and theoretical weaknesses that go well beyond South African usages. These general weaknesses include:

It is often held that Karl Marx defined class in terms of whether or not one owned the means of production (loosely, and in modern terms, capital in its various forms). If one did, one was a capitalist. If one didn’t – if one’s choice was between working or starving – one was a worker. Among the main difficulties of this crude Marxism are:

Notwithstanding the arrogance of any claim to know what Marx really meant and despite the anticipated howls from other Marxists who might disagree with my analysis, I am persuaded that Marx, adequately understood, offers the most convincing of understandings.

The period of relative stability is now being threatened from within expected sections of the ruling class, as well as and workers.

A racialised black Parliament with its black government is no longer able to meet the expectations of a racialised black electorate. Apart from the growing disenchantment with the ANC, this gives rise to two different – though potentially overlapping – consequences.

First, black students, including recent graduates, have status and economic expectations that the struggling South African economy cannot meet. But, they continue seeing wealth in all its abundance, either directly or via advertisements. Because class structures naturally reproduce themselves, this means that white people apartheid made rich, remain largely rich. Could this be the cause of the resentment which fuels the student anger of the previous few years? White monopoly capital would be an obvious target, even if whiteness and wealth is the only recognised connection. If this is the case, these students stand out most clearly as the people most ready to rubbish the idea of Freedom Day.

The second response is the growing appearance of numbers of young black people in NGO’s openly critical of government policies and aspects of society. The most striking aspect of these people is their accents that leave no doubt about the exclusive schools they attended. These articulate, skilled and self-confident people would not previously have been seen in such numbers in relatively badly paid NGOs frowned upon by the upper-class schools from whence they came.

From below, the workers are also restless. They have ample reason for being impatient with the patience they’ve lived with hitherto. When the black government openly acknowledges that the intended National Minimum Wage is very far from being a living wage but, when the same black government keeps a tight hold on the pay and range of other privileges they’ve awarded themselves since 1994, workers might begin to see through the claim that their working class poverty is because they are black. They might similarly move beyond picking on black foreigners from other parts of Africa as being the cause of their hardships.

A better understanding of class has huge potential. It is almost exactly 50 years since the Paris Uprising of May 1968 which saw the return of unity between students and workers. With almost half of young South Africans being officially unemployed, and with increasing disenchantment with the ANC and Parliament itself, such a unity between youth and workers can no longer be dismissed as just the fanciful dreams of a desperate Left.

This year also marks the 170th anniversary of the Communist Manifesto written by a 29-year-old Karl Marx and a 28-year-old Frederick Engels. The Manifesto opens with the challenging line that a spectre of a better world is haunting the (then) monarchies of Europe. There is reason to expect a growing realisation that Ramaphosa’s solution to the crisis of the class society expressing the particularities of South African capitalism might not be more capitalism – not more austerity, retrenchments, an increase in VAT and other measures to make South Africa even more saleable to international capitalists. 2018 might be the year when South Africa’s ruling class is threatened by a spectre of militant youth and workers demanding a much more equal and just society. May 2018 also just happens to be the 132nd anniversary of May Day, the internationally recognised day commemorating that workers are also people.

A world increasingly threatened by Climate Change (an unavoidable consequence of the logic of profit maximisation) makes these changes even more urgent. DM