King Goodwill Zwelithini must understand the history of the Bhaca Kingdom 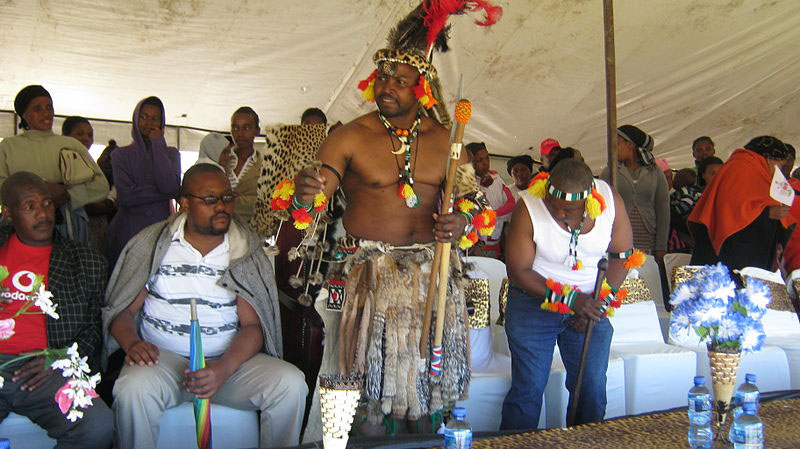 “Education is the most powerful weapon which you can use to change the world,” former President Nelson Mandela, a recipient of an honorary doctorate, once said.

My assertion stands to be corrected but there are not many, if any, kings in South Africa that have studied to a Masters and PhD level or been bestowed with honorary doctorates. This is notwithstanding that South Africa is endowed with a significant number of much learned royal leaders, princes and princesses.

The conferment of an honorary doctorate on King Goodwill Zwelithini reflects his contribution to his communities in KwaZulu-Natal. It’s a great achievement.

In light of the levels of formal education within royal leadership, which is concerning, this is an inspiration and worth noting for all royal leaders in the country and elsewhere in the world.

When Advocate Vusi Pikoli said, “The country has entered a different stage of struggle which is to liberate the country from poverty and to attain economic freedom in this lifetime,” on 3 May 2018 at the University of Fort Hare’s graduation ceremony, he reminded us as royal leaders of the 2014 statement made by the then chairperson of North West House of Traditional Leaders, Kgosi Madoda Zibi.

Zibi said the roles and responsibilities of royal leaders are such that a radically different approach is needed to ensure that they have the capacity to deal with the increasingly complex issues within the kingdoms. This conferment itself speaks to the need for royal leaders to invest in their education.

When graduating for a junior degree 18 years ago, the then chairperson of the Eastern Cape House of Traditional Leaders, Nkosi Ngangomhlaba Mathanzima, kept on avowing in Xhosa: “Akwaba Imfundo iyakukufanela.” These were wise words which should inspire all of us to ponder our education and its levels.

This is about what education does and/or should do for your own development and how you reflect life. In this connection, it is still appropriate to say to the King of the Zulus in KwaZulu-Natal that “akwaba okukuwongwa ngokwemfundo kuyakumfanela”. In other words, let him live according to the honour bestowed on him.

In his remarks at the conferment occasion on 4 May 2018, Deputy President David Mabuza was spot on when he said that King Zwelithini is not being acknowledged based on how much noise he makes or complaints he registers, but on the impact he has made to the peoples of his forefathers. There is definitely something to learn from this.

Indeed, one also acknowledges the disproportionate support the South African government provides to royal leadership in the country. However, this is not what this is about. In politics you are a darling today but that is not a lifetime guarantee, so, stay focused.

We must, however, remind the deputy president that while one appreciates his (Zwelithini’s) work in KwaZulu-Natal, we are also part of South Africa as other kingdoms, more especially the Bhaca Kingdom. He does not represent all South Africans or all kingdoms. Although one will forgive him (DD) because he does not understand the history of the royal leadership of the whole country, he must invest time in it to avoid compromising other kingdoms.

While one may not be sure about honorary doctorates, one is sure that a holder of a PhD is someone who is not only aware of the body of knowledge on a specific discipline, but somebody who contributes and/or has contributed to the development of that body of knowledge.

We must, therefore, encourage him (Zwelithini) to contribute to the body of knowledge of the history of this royal leadership in this country. In particular and at a personal level, it will be important for him to study and understand the mighty history of the Bhaca Kingdom as it relates to his forebears (Tshaka and Dingaan) so that he himself does not contribute to the distortion of his own kingdom’s history. This is what a holder of a doctorate should do, honorary or not.DM