THE COST OF EATING 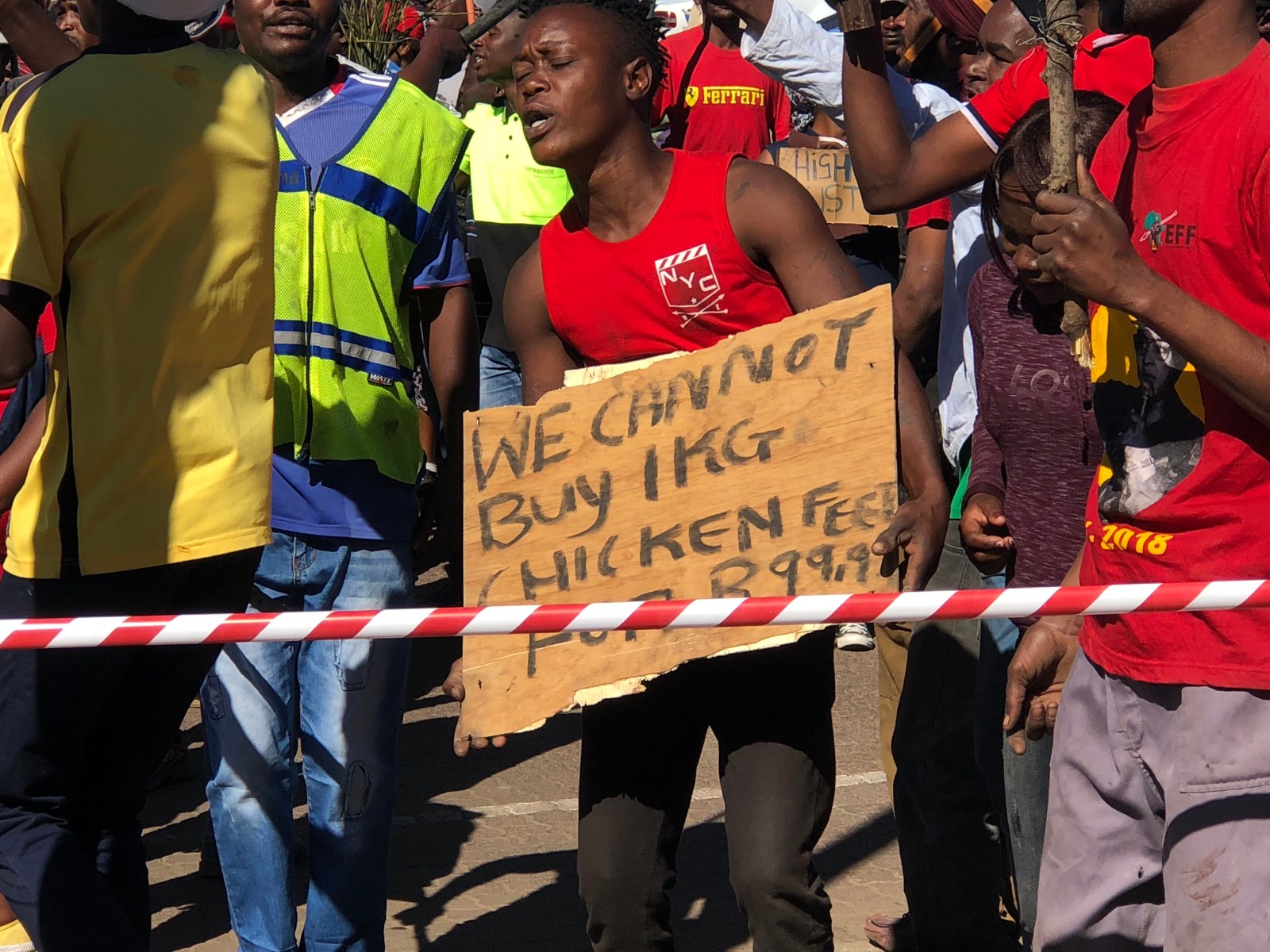 The residents of Glen Marikana, an informal settlement in Kempton Park on the East Rand, marched to Checkers Glen Marais, Woolworths Woodbridge Square and Superspar at the Glen Acres Shopping Centre where they handed over memorandums to store management.

South Africans are feeling the pinch when it comes to rising food prices but none more so than the country’s poor.

Frustrated by continuously struggling to put food on the table, close on 200 residents of the Dann Road informal settlement, known as Glen Marikana, took to the streets and marched on several shops and shopping centres in the area to demand that the price of basic foods be dropped.

Siyabonga Msiza, a pensioner who lives in Glen Marikana, described his daily struggle to survive.

“I have been struggling with basic needs. I do not have a place to stay or food to eat. I am unemployed and it is painful that every day prices are being increased while there is no money.”

Msiza said that while he gets a pension grant, it does not cover the month’s costs.

“By the time I get it, I have to pay the debts that I made to survive the month,” he said.

It’s a vicious cycle that Msiza hopes the Monday protest will start to break.

“I would like to see the price of maize meal and meat like chicken feet come down, they are our daily food. If the price of those can go down, we will be able to survive,” he says.

“We can’t even eat because our traditional food as black people is being targeted. How can you price of chicken feet be the same as steak?”

“How can tripe increase at the same rate as mutton?” he asked.

“We want answers on what has influenced the prices,” Mampana said.

Andreas Stephanou, Superspar manager at Glen Acres Shopping Centre, said he will hand over the memorandum to Spar’s head office which would respond accordingly.

Glen Marikana is an informal settlement of about 200 shacks just behind the Glen Balad Mall in Kempton Park. The majority of Glen Marikana occupants are unemployed and depend on odd jobs and grants for their income. Residents have no electricity and share six toilets and four taps for water. By all accounts, life here is hard living.

Regional acting treasurer of the EFF, Fikile Mafuyeka, said store management has been given seven days to respond to the demands.

“If nothing is being said within seven days, we will be forced to take the next step. I believe what we want is fair, we want everyone to be accommodated,” said Mafuyeka.

Mafuyeka said they were not demanding a particular percentage drop but expect the “shops to do the right thing”.

The protest was closely monitored by members of the Ekurhuleni Metro Police Department (EMPD), the South African Police Services (SAPS) and private police with dogs.

The protest follows a recent increase in VAT to 15%. According to Treasury, 19 basic food items are zero-rated. These include dried beans, samp, maize meal, rice, milk, tinned pilchards, brown bread, eggs and vegetables, as well as illuminated paraffin. DM