Danny Jordaan’s intimidation tactics – a tale as old as time 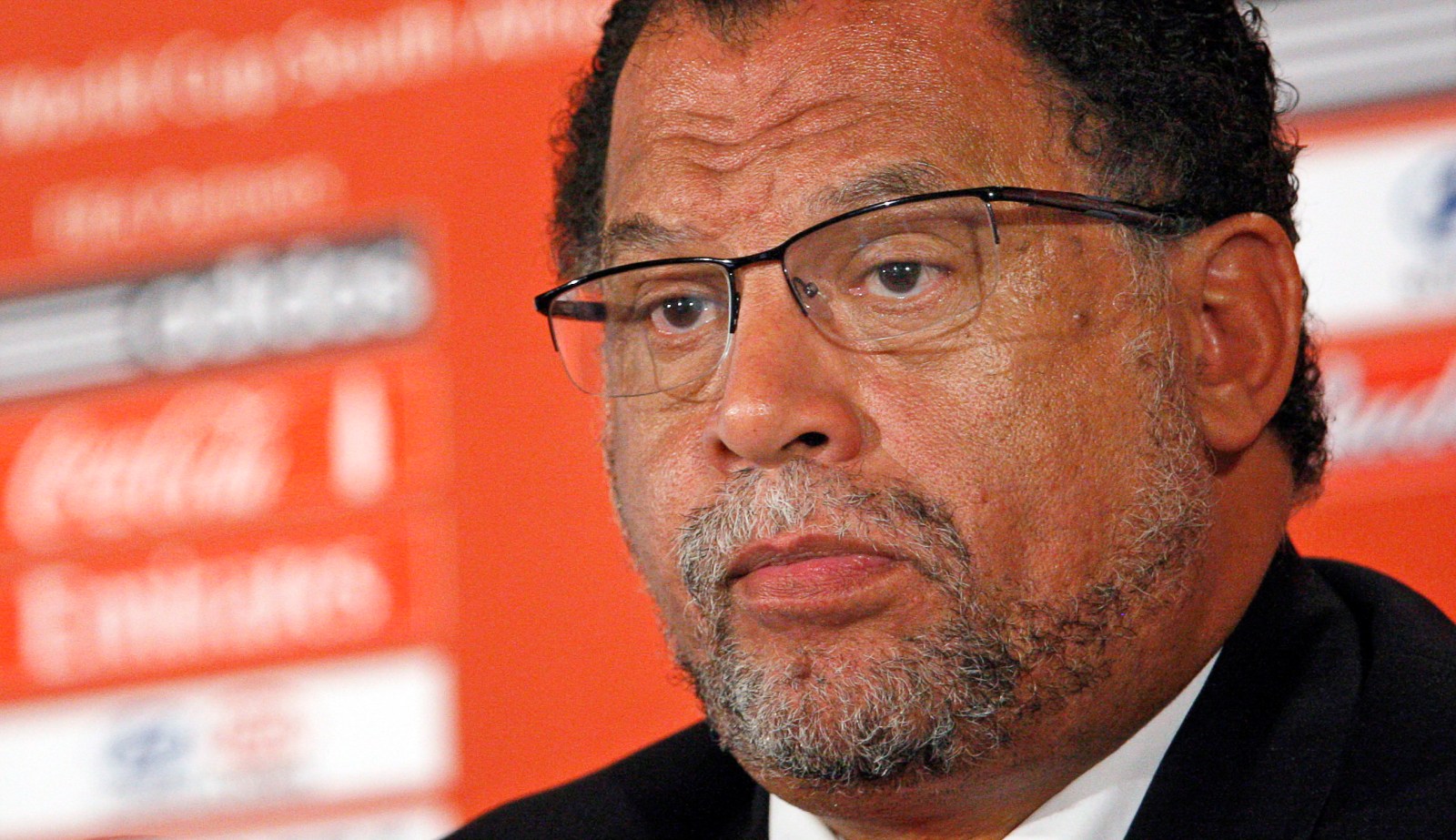 South African Football Association boss Danny Jordaan has taken a rape charge against him and framed it as a political conspiracy designed to depose him. It is a move straight out of the Jacob Zuma playbook. Beyond this, Jordaan’s laying of countercharges against his rape accuser Jennifer Ferguson is another time-honoured intimidation tool in the armoury of powerful men. We would be fools to fall for this grubby sideshow.

That old political axiom appears to have been seized upon by South African Football Association (SAFA) boss Danny Jordaan as a way to direct his response to the rape charge laid against him by singer Jennifer Ferguson.

Instead of waiting to clear his name in court, as Jordaan originally claimed he was eager to do, the football chief has opted to pursue a route of obfuscation and intimidation, kicking a cloud of legal dust over the crime of which he is accused.

And, for a short time at least, it has worked. Media coverage of the Jordaan-Ferguson case suddenly switched direction in late April with the revelation that Jordaan had laid criminal charges of his own – allegedly against Ferguson, Premier Soccer League chairman Irvin Khoza and former Premier Soccer League official Ace Ncobo.

Jordaan’s lawyer Mamodupi Mohlala-Mulaudzi confirmed at the time that criminal charges had been laid by Jordaan, but declined to go into details. Requests for comment by Daily Maverick went unanswered on Monday.

When Daily Maverick contacted Mohlala-Mulaudzi on Monday to ask which charges had been laid, she responded with an instruction to contact the Sandton police station. There, detectives on duty said they could not give out the case information without the authorisation of provincial authorities.

Asked why Mohlala-Mulaudzi did not have the case details herself, Jordaan’s lawyer did not respond.

The Sunday Times, which broke the story of the charges, reported that the charges in question were of criminal conspiracy, collusion, and defamation. This is confusing, because as Women’s Legal Centre director Seehaam Saamai confirmed to Daily Maverick, one cannot lay criminal charges of defamation under South African law – defamation can only be brought via civil suit.

Saamai suggested that the criminal charge Jordaan laid may instead have been one of crimen injuria, but Daily Maverick has been unable to confirm this. Crimen injuria – knowing impairment of dignity – has recently been used to high-profile effect in South Africa to secure convictions for racist behaviour.

Ferguson, meanwhile, told Daily Maverick on Monday that she has yet to hear anything from South African police or the National Prosecuting Authority with regards to the charges laid by Jordaan.

The case against Khoza, Jordaan and Ncobo was reportedly registered at the Sandton police station in late April, seemingly on the basis of an email exchange which purported to show that Khoza had used his personal credit card to pay for Ferguson’s flights to South Africa and accommodation on local soil, during the March 2018 trip in which she laid her rape charge against Jordaan.

A News24 investigation subsequently revealed that it was likely that the email exchange in question had been doctored or falsified entirely. Ferguson, moreover, provided evidence showing that her flights were paid for by a theatre NGO to a Sweden-based travel agent, while accommodation was gifted to her by friends.

Mohlala-Mulaudzi told the Sunday Times last weekend that Ferguson’s evidence as to her trip sponsorship had left Jordaan’s team “surprised”, but that they wanted police to verify the information.

Mohlala-Mulaudzi, the former Competition Commissioner, also claimed that Jordaan’s countercharges were not solely based on the fake email “but rather the case is much broader than that”.

Whether Jordaan’s team knew that the email “evidence” was dodgy or not, it has at least briefly served its purpose: both to distract from Jordaan’s rape charge and to function as a means to fight Jordaan’s battles on other fronts.

Khoza and Jordaan have old beef, and the drawing in of Khoza and Ncobo seems most plausibly related to the internecine squabbles of South Africa’s soccer leadership. Jordaan is embroiled in what has been a bruising lead-up to SAFA’s next presidential election, which he will now contest unopposed after his sole rival – Ncobo – dropped out of the race.

Ncobo, an outspoken opponent of Jordaan, has since been gnomically tweeting quotes from Sun Tzu’s The Art of War. On 2 May, he posted: “Of fake emails and ill-advised PR stunts… It’s about to get lit”.

SAFA on Monday announced that it is charging Ncobo with bringing the association and football into disrepute as a result of Ncobo’s public complaints about SAFA and Jordaan – which Ncobo described as an unsurprising move from a “paranoid despotic leader”.

Taking a rape charge and turning it into a political conspiracy against the man accused is, of course, a move straight out of the Jacob Zuma playbook.

But in giving Jordaan’s conspiracy theories serious airtime, we are playing straight into the hands of a time-honoured tactic of powerful men to deflect attention from allegedly serious crimes. Worse, we are neglecting the undoubtedly sinister intention of the countercharges against Ferguson: to silence and intimidate her.

Laying countercharges against Ferguson, says the Women’s Legal Centre’s Saamai, is “a form of secondary victimisation”.

Even if a civil suit of defamation is brought against Ferguson, Saamai points out, the singer will have to pay lawyers to defend her, or a default judgment will be made against her.

“We already have a system where women are not bringing [sexual assault] matters before the court,” Saamai told Daily Maverick.

“We know how many matters are withdrawn; how many matters prosecutors don’t take further. There are already challenges [for women] of societal pressure, culture, religion – and now you have defamation too.”

Saamai says that the Women’s Legal Centre recently dealt with a similar case where a CEO accused of sexual assault threatened a defamation suit.

In the USA, news reports indicate that the last five years have seen a spike in men accused of rape suing their accusers for defamation. In 2017, Buzzfeed reported that when it comes to rape-accused college students, “it has become almost reflexive for accused students found in violation of a college’s sexual assault policy to sue their school”.

In laying countercharges against Ferguson, Jordaan is in bad company. In December 2015, now-convicted rapist Bill Cosby filed a defamation suit against seven of the women accusing him of sexual assault, claiming that they were engaging in “malicious, opportunistic and false and defamatory accusations of sexual misconduct”.

“I refuse to even one more time be Danny Jordaan’s scapegoat in a matter I have nothing to do with.”

In all probability, the matter has nothing to do with anyone except Jordaan and Ferguson – and in the absence of any convincing evidence to the contrary, Jordaan’s attempts to muddy the water should be greeted with utmost scepticism. DM