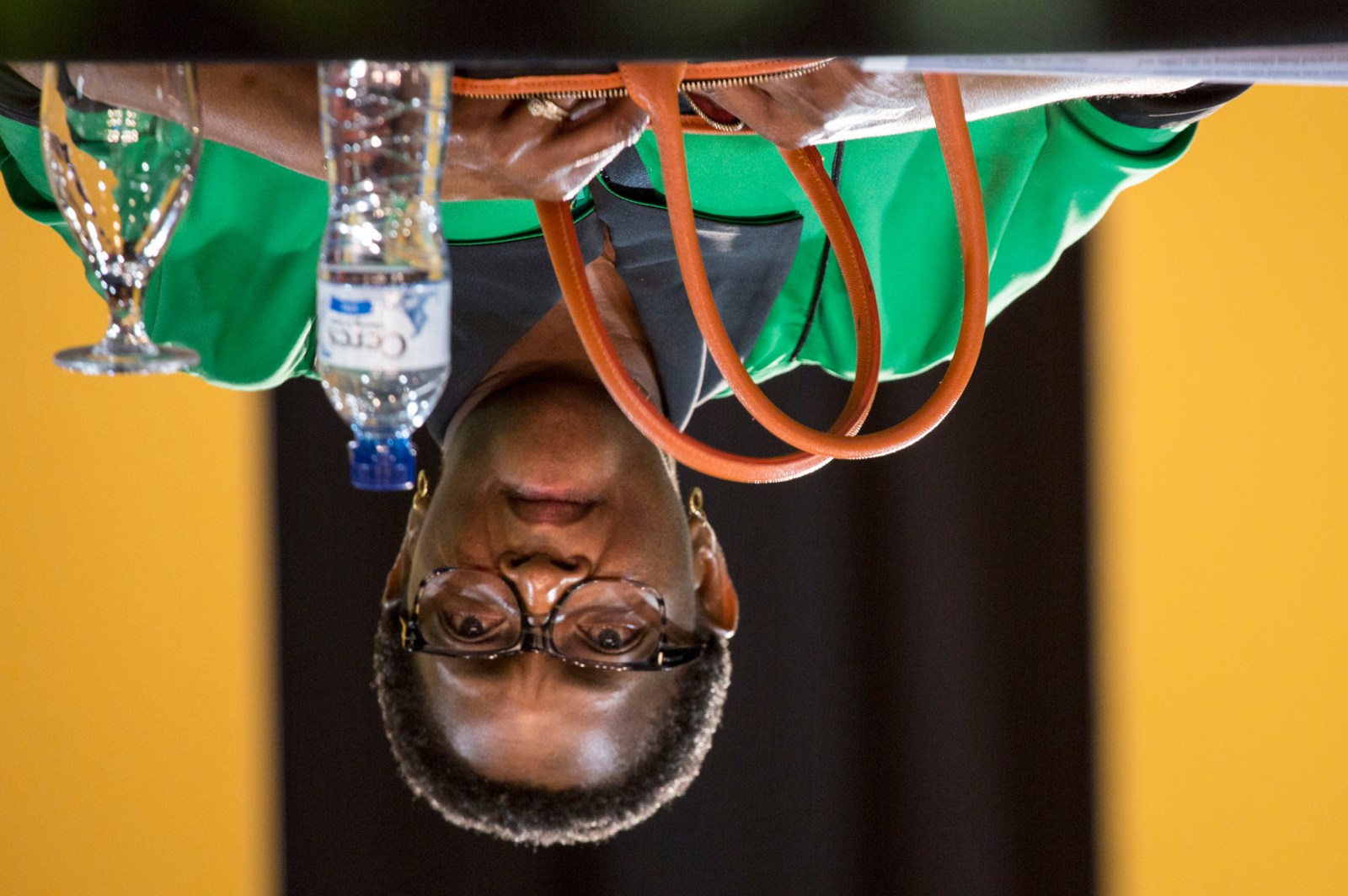 If the findings of retired Judge Bernard Ngoepe’s Section 38 Inquiry into former Minister of Social Development, Bathabile Dlamini, are anything to go by, Dlamini might find herself having to fork out personally for the legal costs of the Sassa social grants case brought to the Constitutional Court by the Black Sash and Freedom Under law in 2017.

Former social development minister Bathabile Dlamini, Judge Bernard Ngoepe found, had been an evasive and inconsistent witness. She had also contradicted her own evidence that she had not set up parallel structures in Sassa that reported directly to her.

The order by the Constitutional Court in August 2017 that a section 38 Inquiry in terms of the Superior Courts Act be conducted into the conduct of former Minister of Social Development, Bathabile Dlamini, and her role in the Sassa social grants scandal, was in itself an unprecedented move in democratic South Africa.

For the first time, a political head was cross-examined in a public forum in an attempt to determine her personal culpability in a matter that almost plunged the country into a crisis in March 2017.

Judge Ngoepe, in his report to the Constitutional Court on Monday, found that during the inquiry Dlamini had been evasive, had simply refused to answer some questions and had provided “long answers which did not speak to the question asked”. She had also asked too often for a question to be repeated when it had been quite clear. Over and above this she had also “unjustifiably” replied “I don’t know/remember” to important questions and would simply answer questions with more questions.

“The minister’s home language is isiZulu. As she was entitled, she chose to make use of an interpreter from English (questions) into isiZulu and from isiZulu (her answers) into English. There was, however, no doubt that the minister had a good command of the English language,” said Ngoepe.

This had been apparent, he said, when Dlamini had answered questions “even before they were interpreted into isiZulu” and this “inconsistency” had left the interpreter “baffled, not knowing whether or when to interpret.”

However, Ngoepe accepted evidence given by former Sassa CEO, Thokozani Magwaza, and former Department of Social Development DG, Zane Dangor. Both men had testified that Dlamini had set up “workstreams” which reported directly to her and which had undermined the work of Sassa and its CEO. This all in the run-up to Sassa’s preparations to take the payment of social grants “in-house” after the controversial illegal contact with CPS expired in March 2017.

Evidence by Magwaza indicated that he had raised the concern of the minister’s parallel structures “a few times but to no avail”.

“Mr Dangor, who was the minister’s special adviser at some point, supports Mr Magwaza’s contention about the workstreams,” said Judge Ngoepe.

The workstreams, he said, resulted in Sassa being sidelined, “jeopardising whatever plans Sassa was putting in place towards meeting the deadline”.

While Dlamini disputed that the workstreams reported to her directly or that they were a parallel structure, her own letter in July 2015 to former Sassa CEO Virginia Petersen, instructing her to set up the workstreams, contradicted this. Dlamini also identified who exactly she wanted to lead these streams.

‘The workstreams were tasked to capacitate Sassa to take over the payment of social grants itself. The deadline for Sassa to be able to do so was 31 March 2017. The individuals and their respective teams were to be Mr Andile Nyonya, the team leader; Mr Tim Sukazi (legal stream); Ms Tankiso Parkies (social benefits stream), Mr Lizune Shezi (economic development stream) and Mr Patrick Monyeki (information communication technology stream),” said Judge Ngoepe.

Dlamini, in her evidence, had said that these individuals had all been members of her Ministerial Advisory Committee, which had recommended the establishment of the workstreams.

Judge Ngoepe concluded that the weight of the evidence “overwhelmingly supports” contentions by Magwaza and Dangor that the workstreams were set up by the minister and functioned as parallel structures in Sassa.

On 2 August 2017 the Constitutional Court appointed Ngoepe as a “referee” to inquire and report on disputes of fact in the SassaGate matter being heard in the court.

In June 2017, an order was made joining Dlamini in her personal capacity in the matter. However, an order for her to pay costs out of her own pocket had not been made. This was because several disputes of fact had arisen between Dlamini’s affidavit and those filed by Magwaza and Dangor.

The Section 38 Inquiry sought to determine whether Dlamini had hand-picked individuals to lead “workstreams” and who reported directly to her. The inquiry also wanted to find out when these workstream leaders were appointed, whether they had reported directly to Dlamini, as well as asking for the full details of the dates and contents of their reports to the minister. However, these were not made available to the inquiry.

Ngoepe also attempted to find out why Dlamini had not disclosed to the Constitutional Court that she had hand-picked the workstream leaders who reported to her.

The Department of Social Development, said Judge Ngoepe, had paid for the legal representatives of Magwaza and Dangor in the Section 38 Inquiry, because Dlamini had “put the blame” on them and that “some of the allegations made by the minister against them had the potential not only to damage their reputation, but to limit their careers; these were very senior civil servants.”

“It should be remembered that both Mr Magwaza and Dangor filed their affidavits out of a sense of public duty to assist the court to find where the truth lies,” said the judge.

With regard to Magwaza’s testimony, Judge Ngoepe said that while he found him a credible and truthful witness, his only criticism was that the former Sassa CEO had been “overcharged, almost unstoppable”, like someone “who had been yearning for, and finally got, an opportunity to ventilate as much as possible bottled-up complaints about the minister and the work of the workstreams.”

The judge found that Dlamini had relied extensively on affidavits filed by Sassa Regional Executive Manager, Zodwa Mvulane, (Dlamini’s pointswoman in Sassa) and Warwick Metcalfe, lead consultant for the “ Sassa Change Programme”. Neither had been called to testify at the inquiry and so their versions could not be vigorously cross-examined as Magwaza and Dangor had been.

While Dlamini had insisted that the workstreams did not report directly to her but to Mvulane, she had contradicted herself later, saying Mvulane had kept her “abreast of developments” at all times.

“At best, this is pretty ambivalent, at worst contradictory,” said Judge Ngoepe.

Mvulane had, in fact, given Dlamini reports verbally at the minister’s office or her home.

Dlamini’s response as to why she had failed to inform the Constitutional Court of the appointment of the workstreams was that “she did not understand the court’s request as asking her to give an overview of the work during 2016”.

The minister had denied that the reason she did not disclose the appointment of the worksteams was “because she was responsible for the crisis experienced in March 2017”.

“The reason for not giving the information in question can therefore only be related to these two things. In contrast to all other conceivable reasons, conjectures etc, fear of the two is therefore not something sucked from the thumb. We now know that the minister has already been joined in her personal capacity; but at the time she made the affidavit which did not disclose the information sought, this was, of course, not yet the case.”

Her fear of being joined “therefore must be factored in”, said the judge.

In layman’s language then, Dlamini lied by omission to the Constitutional Court in order to avoid taking personal responsibility for a cock-up which has cost the fiscus millions and for precipitating a crisis that is still playing itself out.

For a moment in time in March 2017 the livelihoods of 17 million social grant recipient had been placed in jeopardy because Dlamini had been thinking about herself and whether she might have to carry the costs of the Black Sash and Freedom under Law application to the Constitutional Court.

Dlamini has until 14 May to respond to Judge Ngoepe’s findings. DM