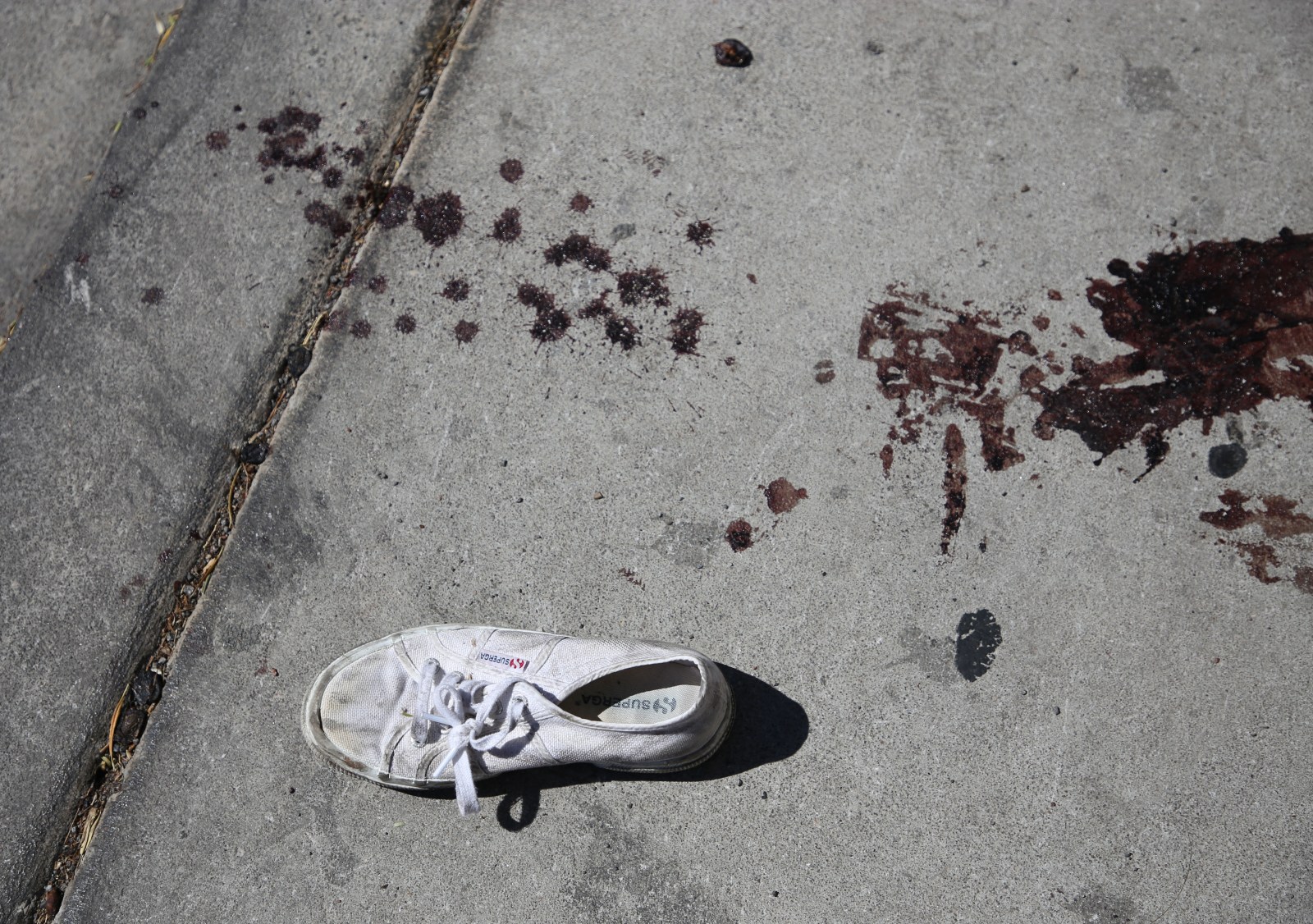 Blood stains and a discarded shoe lie in the street in the aftermath of a mass shooting at the Route 91 Harvest festival on Las Vegas Boulevard in Las Vegas, Nevada, USA, 02 October 2017. EPA-EFE/EUGENE GARCIA

Police have released video footage of heavily armed officers storming the Las Vegas hotel room of the man behind the worst mass shooting in modern US history.

Police have released video footage of heavily armed officers storming the Las Vegas hotel room of the man behind the worst mass shooting in modern US history.

The body-camera footage, which the Las Vegas Metropolitan Police Department publicly released Wednesday, shows police assembling outside the 32nd-floor Mandalay Bay Resort and Casino suite of Stephen Paddock, who turned his gun on himself after raining bullets over a country music festival, killing 58 people and wounding 851 more.

The video recording offers a humanizing glimpse of police in the moments they responded to the bloody October massacre.

After entering the room police find the gunman already dead, saying “we found him like this,” and then securing the room, which is full of weapons, the blinds drawn shut.

Police note an intricate system of wires linked to an elaborate camera system, which they say Paddock used to monitor the hallway for authorities.

The footage’s release came after a judge sided with media organizations including The New York Times and The Washington Post that lobbied in court that the evidence be made public.

Paddock, a 64-year-old wealthy retired accountant, amassed an arsenal of weapons including assault rifles in his hotel room and unleashed fury on the evening of October 1, 2017, firing more than 1,100 rounds.

Authorities have yet to pinpoint a motive for the attack, which galvanized oft-repeated appeals to tighten US gun laws.

Since then advocates have intensified those calls in the wake of subsequent shootings, including at a Florida high school in February that saw 14 teens and three adult staff members shot dead by a troubled former classmate armed with an AR-15-style automatic weapon. DM