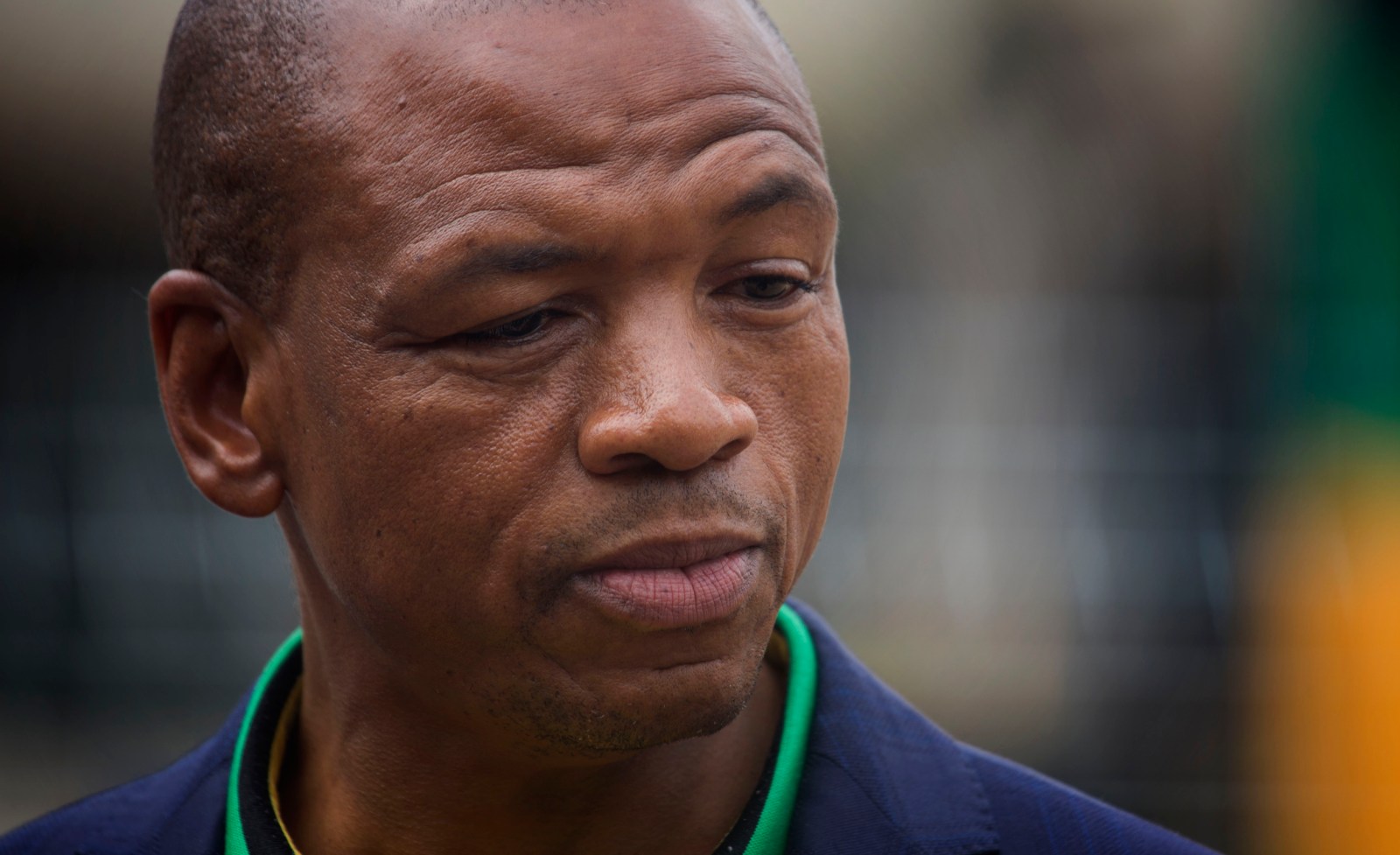 Corruption, medicine shortages, health workers being barred from treating patients – the public healthcare sector in the North West province has been in crisis for weeks. By GRAEME MAKAM.

Cabinet has given a special task team two weeks to report back on its progress to restore order in North West’s health department.

On the eve of the long weekend, Health Minister Aaron Motsoaledi announced that Cabinet had invoked Section 100 of the Constitution to place the department under national administration. This follows a 10-week strike and violent protests aimed at removing Premier Supra Mahumapelo, which resulted in patient deaths and a province-wide shortage of medicine.

Motsoaledi, Minister in the Presidency Dr Nkosazana Dlamini-Zuma and Finance Minister Nhlanhla Nene are heading the task team that must report back to Cabinet within two weeks on issues driving the crisis as well as plans to address these.

The strike by the National Education, Health and Allied Workers Union (Nehawu), which started on 19 February, has resulted in a lack of most medicines, including antiretroviral (ARV) medication for HIV-positive patients. Nehawu organises some of the health sector workers, including cleaners, porters and clerks. Its members have been on a go-slow at the medicine depot, which has meant that many clinics and hospitals have not received their medicine orders.

Nehawu members have also barred doctors and nurses from entering some clinics and hospitals, depriving seriously ill patients of care. At least two people have died as a result.

Last week, Mahikeng Hospital in the province’s capital was shut down because of a lack of medical supplies. Patients were being turned away and medical staff had not reported for work, claiming they felt demoralised, knowing there was nothing they could do to assist patients.

Lecturers at Klerksdorp’s Exelsius Nursing College are on strike too, demanding a salary increase. Students are forced to do their classwork in their rooms.

Nehawu’s worker-related demands include five percent across-the-board performance bonus payments, the filling of vacant posts, salary increases for medical depot workers and the absorption of community health workers into the sector. Its political demands include an end to corruption and the dismissal of Dr Thabo Lekalakala, the head of department who is currently suspended.

Last week, the province finally fired Mediosa, the Gupta-linked private company that was paid R180-million in an irregular tender to deliver two mobile clinics. In addition, the army was called in to help pack and deliver medicine.

Stop Stockouts, an NGO that monitors medicines shortages, says it has been informed that ARVs, particularly second-line ARVs which are critical, are running low in the province.

The organisation’s Glenda Muzenda said the organisation had noticed a spike in the number of stockouts reported via their hotline since the industrial action.

“Patients have indicated an increasing problem across the province, and many are being turned away from clinics which have run out of medication or have been given lesser quantities,” said Muzenda. “We have received over 50 reports of stockouts, which is really concerning because no patient should be sent away without medicines.”

“We are urging both the National and Provincial Departments of Health to act swiftly to resolve the strike, as it is now compromising the lives of people who depend on public health services in the North West,” said Muzenda.

The crisis in health intensified last week with the widespread unrest in the province, as residents took to the streets to demand the resignation of Premier Mahumapelo.

The protests flared up on Wednesday in Klerksdorp, and protestors refused to allow medical staff to enter Tshepong Hospital. A patient who had been stabbed in the neck died in the hospital as protestors prevented health workers from helping him.

Medical staff at a clinic in Khuma, near Klerkdorp, said some patients had been sent home without their chronic medication, which put them at risk of strokes and heart attacks.

Districts in the province have reported over 90 percent of medicines are out of stock and that health finance management is in a mess. Recently, a review of the hospital revitalisation programme by the parliamentary budget office found that, although the entire budget had been spent, only 20 percent of targets had been reached.

Included in the demands was a request for an investigation into the controversial R180-million contract awarded to the Gupta-linked Mediosa. However, Mahumapelo blamed the strike for ‘delays’ experienced by the forensic investigations into Mediosa.

“Investigators are unable to obtain critical documents and information which is held on the premises of the Department of Health,” said Brian Setswambug, the Premier’s spokesperson.

Last week, health workers at the Mahikeng Provincial Hospital phoned the families of patients and asked them to come and collect their family members because of the strike. Some were discharged without medication.

Last week, Stop Stockouts and amandla.mobi organised a petition calling for the delivery of services and medicines to patients to be restored.

“Healthcare workers reported being threatened when reporting to work, which forced even the emergency rooms to be shut down. And this isn’t just happening at one hospital. Across the province, health facilities haven’t been functioning normally, either due to the lack of medicines or the lack of staff. This has led to many people not receiving medical care in many other hospitals and clinics,” stated the petition.

On 5 April, Mahumapelo appointed a team of MECs to address problems in the health sector, including Nehawu’s demands, but it remains unsuccessful.

The South African Association of Hospital and Institutional Pharmacists (SAAHIP) warned that a lack of medicine “can result in devastating consequences for patients. Not only is death a possibility in some cases, but patients who have been stabilised on chronic medicines risk having inadequate control of their ongoing medical condition, while patients needing medicines for acute conditions face the possibility of not receiving medicines at all”.

Last week, Motsoaledi told the media that he had discovered that the medicine shortages had been fueled by a private company contracted by the Health Department which had failed to deliver medicines.

“We discovered that the single depot that supplies all 400-plus healthcare facilities was full. It was overflowing, in fact, but the medicines were not being delivered. As soon as we discovered the guys responsible we sent them packing,” he said.

The South African National Defence Force was then called in to assist with the delivery of medication, and military doctors were also dispatched to help. DM