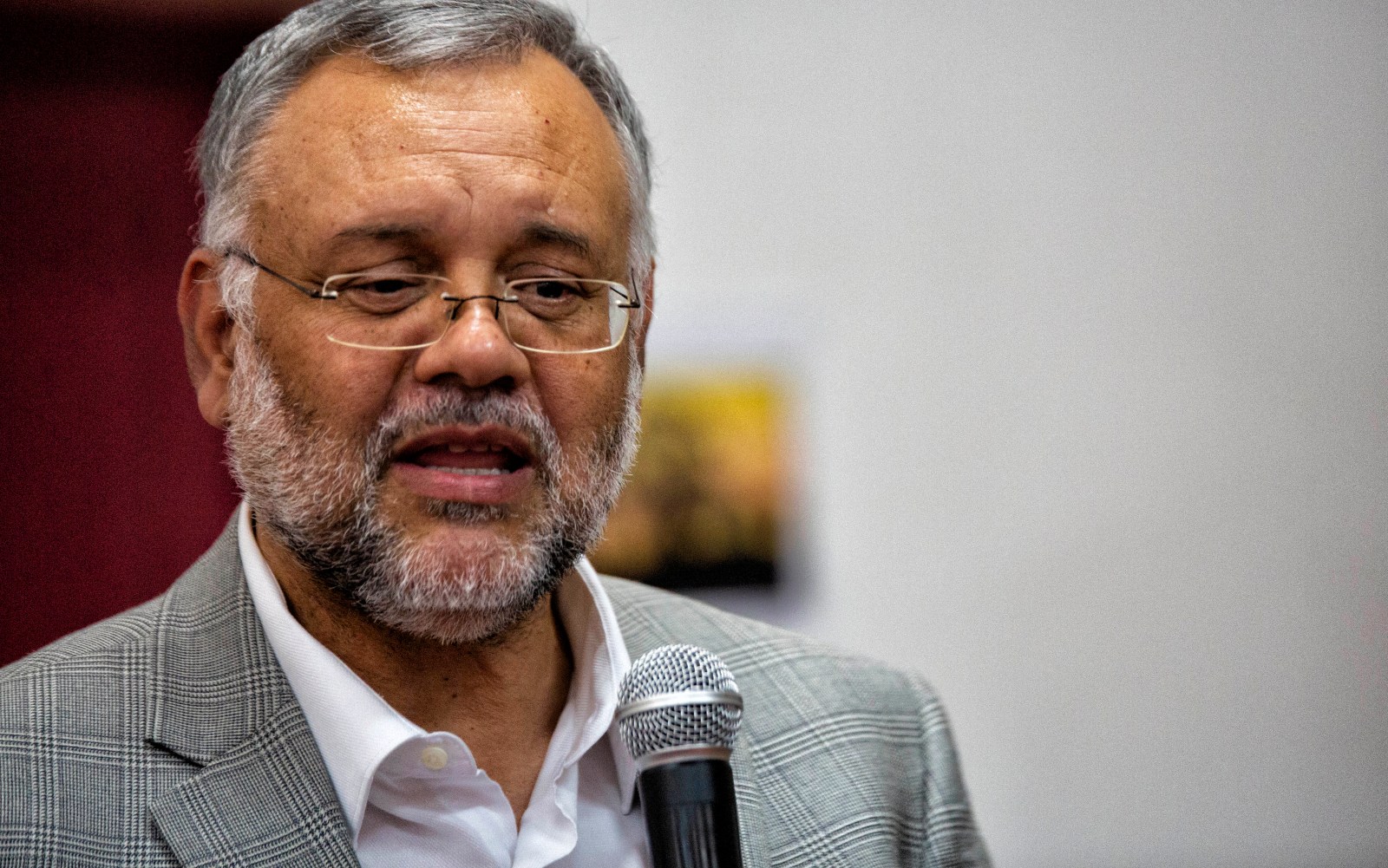 In the 2009 general elections, the ANC lost the Western Cape to the DA and has never regained it. Now the ANC thinks it has found the secret weapon to win the province back in 2019: former Western Cape Premier Ebrahim Rasool. It was announced on Monday that Rasool will lead the ANC’s election campaign in the Western Cape ahead of the 2019 vote – and that a major strategy will be to appeal to coloured and African solidarity at the polls.

The ANC is hoping that the inhabitants of the Western Cape have long memories and fond recollections of a man who has not been active in provincial politics since being ousted as Western Cape premier in 2008.

Indeed, Rasool has not even been in the country over the past few years: he returned to South Africa in 2017 after a six-year stint abroad, spent in diplomacy – as South African ambassador to the USA – as well as research, and civil society.

Interviewed by News24 in 2017, Rasool said that he had no plans to return to politics – but was always “available to serve”.

Now, the summons to serve has come.

Rasool told journalists on Monday that after meeting with Fikile Mbalula last week, he returned home to face “the Rasool equivalent of the Women’s League – my mother, wife, sister, daughter… They all asked me: am I really going to do this? I said: ‘When the ANC calls, you can’t say no’.”

Rasool was the penultimate ANC Premier of the Western Cape. After being recalled in 2008, he was replaced by a short-lived stint in the position by one Lynne Brown, who went on to achieve notoriety in a succession of Cabinet posts. The very next year, the ANC lost the Western Cape to the DA in the 2009 elections, and the rest is history.

It is speculated that the in-fighting which saw Rasool recalled in 2008 may have played a role in costing the ANC the 2009 elections in the province, so in turning to Rasool now, the ANC is clearly hoping to wind back the clock somewhat.

But the reasons which saw Rasool leave office prematurely are still somewhat unclear. There was, of course, the brown-bag-journalism scandal. As early as 2005, allegations surfaced that Rasool had paid political reporters at the Cape Argus to write news stories promoting him and undermining his political rivals.

One of the journalists in question, Ashley Smith, later submitted an affidavit testifying to this effect, but the matter was never totally resolved. An investigation commissioned by the ANC into the issue produced the Nel Report, which was never released in full, and the parts which were made public were deemed inadequate. By that time, Rasool was safely ensconced in Washington in his ambassadorial post.

Leaving the press conference on Monday, Rasool told the Mail & Guardian that his ousting as premier was the result of the same political forces which saw Thabo Mbeki fall on his sword in the same year.

“I was the dress rehearsal for Thabo Mbeki’s removal,” Rasool said.

But in 2009, a Wikileaks cable detailing a conversation held between Rasool and two US diplomats reported that Rasool believed he had been sacked because, crudely, he was not black. The cable reads:

“Rasool said that his ‘redeployment’ was due to the fact that the ‘national majority is a regional minority’, suggesting that the ANC’s national black majority grew tired of preferences given to the large coloured and Muslim population in the Western Cape.”

In the same cable, Rasool is reported as telling the Americans that “some ANC leaders were suspicious of the growing Muslim investment in the Western Cape”.

If Rasool did indeed believe these tensions were responsible for his axing, the irony is that now he is being brought on board to try to launch a new appeal to racial solidarity between black and coloured inhabitants of the Western Cape.

On Monday, ANC leaders made no bones about the fact that theirs would be a provincial election campaign run along racial lines – despite the fact that lip service was paid to returning the Western Cape to a state of “non-racialism”.

“We want to see coloureds and Africans taking centre stage,” said Mbalula, scoffing at the “Tricameral political management of our people by the DA” – a reference to the apartheid system of separating parliamentary chambers along racial lines among whites, coloureds and Indians, while still excluding black South Africans.

Acting ANC Western Cape head Faiez Jacobs called for “African and coloured solidarity” in approaching the polls in 2019, while Rasool said that coloured areas would be targeted in campaigning.

Rasool clarified that white people would not be “left alone” – because “there are good whites who want us to succeed because our success is their success”.

The ANC leaders also made it clear that when it comes to the DA currently, they smell blood.

“If ever the moment was there for the ANC to be ready for this province, it is now,” said Rasool.

The rise of Ramaphoria, it was suggested, has perfectly coincided with the “implosion” of the DA. As a clue to which issues the ANC will be targeting in their campaigning, the media briefing touched on the treatment of Patricia de Lille and general DA infighting; the water crisis; land tenure and conditions on farms, and the alleged failure of the DA to prioritise social upliftment.

Crime, gangsterism and service delivery will be other key pillars of the ANC’s message to Western Cape voters.

The golden thread to the ANC’s campaigning, it appears, will be the message that the DA governs for the rich and white of the province – and, as of late, doesn’t even get that right.

The introduction of Rasool into the ANC’s Western Cape elections team is tantamount to an admission by the ANC’s national body that it does not trust the existing provincial leadership to get the job done. In the last few years, the ANC in the Western Cape has been in a state of chaos, as witnessed by the fact that its leader Faiez Jacobs is still only “acting” in his position.

Rasool remains a big name in the province, at least to slightly older voters, and the hope is that his re-emergence will remind ANC voters of a kind of gravitas its provincial leadership possessed in years gone by.

Rasool, said Jacobs on Monday, once had a “winning recipe” for the province. In combination with the tide of Ramaphoria and the DA’s problems, the ANC is banking on that recipe winning once again. DM