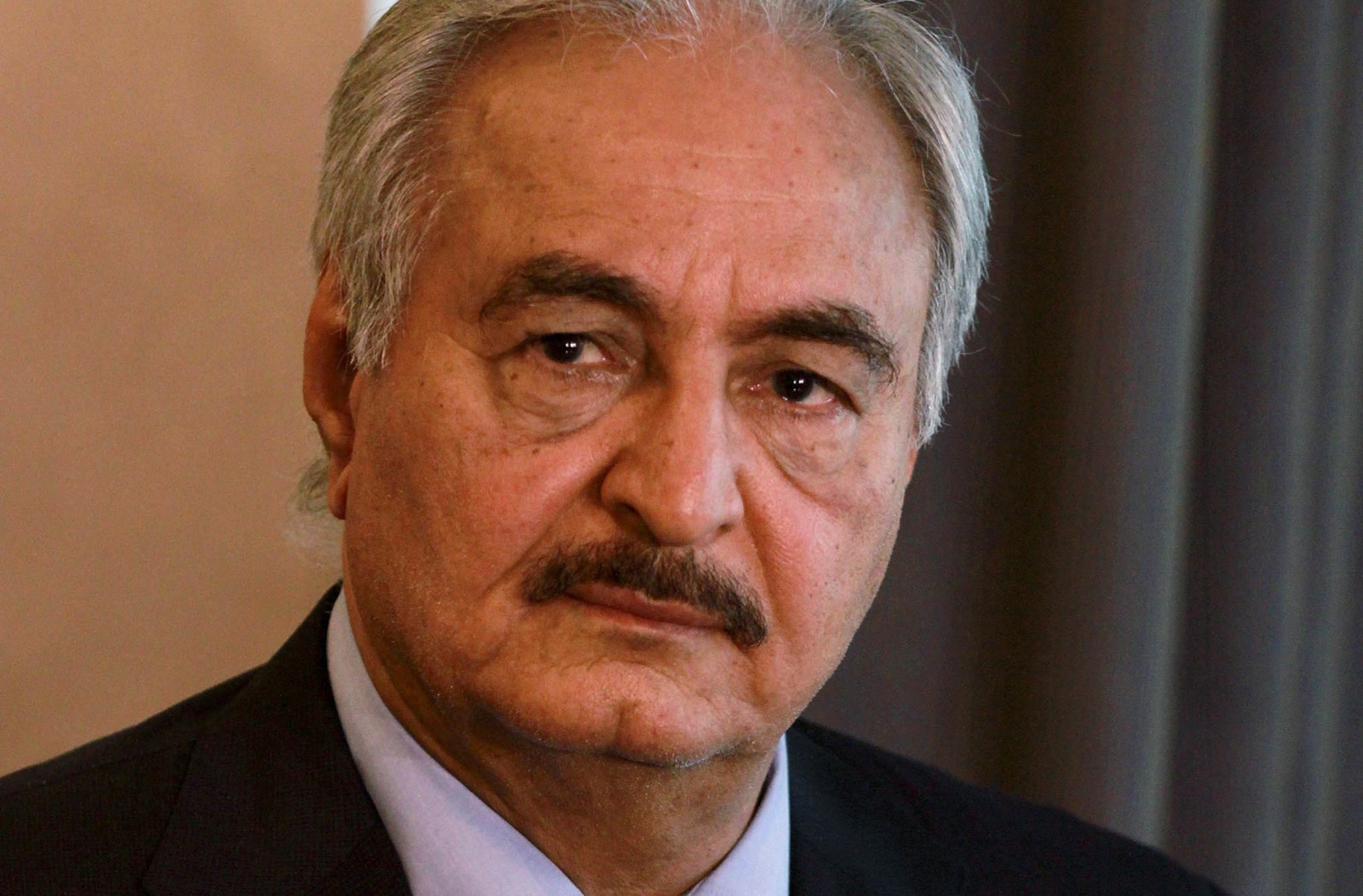 The reported grave illness of the strongman in the east could change the country’s future.

Field Marshal Khalifa Haftar, the strongman who is widely regarded as the most important player in the overcrowded cast of characters determining Libya’s uncertain future, has aptly been called the “divisive unifier”.

Haftar has played a critical but controversial and polarising role in the post- conflict in his country. On the one hand he has united most of the fractious militias and tribal factions in the east of the country under the single banner of his Libyan National Army (LNA). He has thereby become the de facto though not de jure leader of the House of Representatives (HoR) government based in Tobruk.

On the other hand Haftar has single-handedly become the greatest obstacle to efforts by the UN (United Nations), the AU (African Union) and others to reconcile the HoR government with the rival UN-backed Government of National Accord (GNA) based in Tripoli in the west.

Ghassan Salamé became the UN’s new special envoy on Libya last July and immediately launched an Action Plan for Libya. This included negotiations, which have shown some promise, between the GNA and HoR to amend the December 2015 Libyan Political Agreement (LPA) which launched the GNA in order to overcome their differences over how power should be shared. The agreement would enable new national elections to go ahead and unify the fractured country.

The AU is also showing signs of reviving its hitherto rather moribund mediation efforts. Last September its High Level Committee on Libya, chaired by Republic of Congo President Denis Sassou Nguesso, brought all the rival factions and international actors together in Brazzaville where they adopted their own similar Roadmap on Libya.

But this week, at another meeting of the AU’s High Level Committee on Libya in Addis Ababa, AU Commission chairperson Moussa Faki Mahamat acknowledged that the promise of the Brazzaville meeting had not been realised. He vowed to inject energy into the AU’s mediation efforts.

However Haftar has again thrown a large spanner in the works. He is widely blamed for precipitating the split of Libyan sovereignty into two competing governments, when in February 2014 he launched a coup attempt against the interim government in Tripoli, vowing to get rid of all Islamists. It failed but provoked a backlash from the Islamist-Misratan alliance in Tripoli known as Libya Dawn, plunging the country into its second civil war since the fall of Gaddafi.

That could have been excused as a justifiable attempt to rid Libya of extremists. However he has remained divisive. Last December he declared that the LPA had expired and so all the institutions it had created – particularly the GNA government – were henceforth defunct. This statement was read by many as a declaration of war, a warning that Haftar intended to expand his consolidation of power in the east to include the whole country.

Then, in the past fortnight, Libya’s horizon abruptly changed. Reports emerged that Haftar had fallen gravely ill. Some reports even said he was dead. His LNA strongly denied the reports, insisting his illness was minor, but the rumours remain.

There is widespread consensus that if ill health does knock Haftar off the political stage, the ramifications would be vast. But there doesn’t seem to be agreement on whether these ramifications would be positive or negative. And that’s because, as the US think tank Stratfor aptly puts it, Haftar has been such a “divisive unifier”.

“Yes, if he is incapacitated or dead I believe this will be a game changer on the future course of the country,” he says. “The most likely effects are negative, and there is a possibility that his LNA will collapse into inter-factional fighting, which in turn could encourage his enemies to try to reclaim their losses in eastern Libya.”

However, he says, Haftar was often an impediment to political progress in the country, “and as a result if his vacuum is quickly filled by a renewed and enlarged political process it could have a positive effect without his obstructionist tendencies”.

That sums up the ambiguous role Haftar has so far played in post-Gaddafi Libya. Recognising his ability to bring some stability into the general chaos of post-Gaddafi Libya, several international actors have backed him, militarily, financially and politically.

His strongest international allies are Egypt, Saudi Arabia and the United Arab Emirates. They like his vehement hatred of Islamists and extremist groups. That extends even to relatively moderate Islamists like the Muslim Brotherhood. He told the French journal Jeune Afrique last year that “Libya is not ripe for democracy yet”, an implicit rejection of the UN and AU efforts to put Libya back on track via elections.

Some Western powers, notably France and the US, have also quietly been backing him. That’s mostly realpolitik. They recognised that he simply couldn’t be excluded from any solution. The fact that he controls much of country’s oil production is no doubt also a factor. So last July French President Emmanuel Macron personalised the efforts to unite the country, persuading Haftar and GNA President Fayez al-Sarraj to meet in Paris and agree to a ceasefire and elections this year.

But that agreement seems to have faded into the background like all others – in part, it seems, because it didn’t fit Haftar’s ambition to run the whole country. It can be argued that Salamé’s efforts to mediate an agreement between the GNA and HoR would have failed anyway. But Haftar’s obstructions have certainly not helped.

Mohammed Dangor, South Africa’s last ambassador to Libya, now retired from the foreign service, is something of an outlier among observers. He believes Haftar’s power and unifying influence have been exaggerated. As a result of the ill-advised North Atlantic Treaty Organisation (Nato)-led military intervention which helped topple Gaddafi in 2011, he believes Libya has become an anarchy of countless competing factions that perhaps no one can fix.

The country’s best shot, though, he proposes, is to bring all the militia leaders – he estimates 14 currently – plus the rival Tripoli and Tobruk governments and perhaps other stakeholders to a meeting in South Africa under the auspices of the AU mediation process. There they could thrash out their differences. He believes South Africa still has something beneficial to share with the Libyans about its own process of reconciling huge divisions to forge a democratic new government in 1994.

Megerisi cautiously suggests this could be helpful, but only if it dovetails with the UN mediation and isn’t set up as a parallel process. Otherwise it would just give the squabbling Libyan players an opportunity to “forum-shop”, playing off one mediation against another. Megerisi sees the UN mediation effort as Libya’s best shot.

Whether Haftar is a factor for better or for worse in Libya may become clearer in the weeks ahead as the state of his health is clarified. The disastrous atomising of the LNA or an encouraging boost to the UN mediation if he steps off the political stage are two diametrically opposed possibilities. Or perhaps just more of the same stop-start processes if he does not. One way or another, in sickness or in health, he remains a key player in Libya’s uncertain future. DM