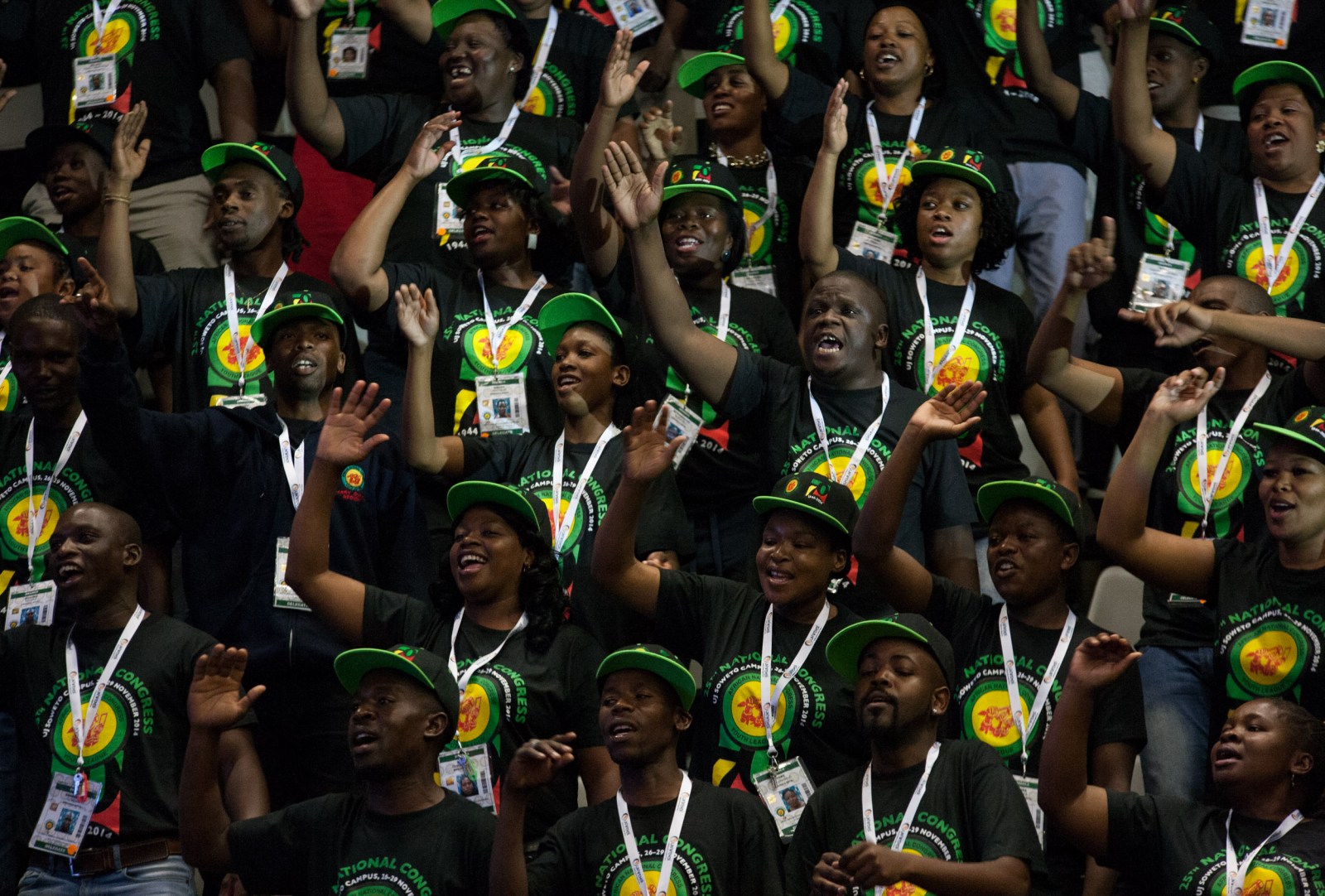 ANC Youth League leaders have been unhappy with the way ANC leaders appeared to cosy up to Economic Freedom Fighters leader Julius Malema over the weekend, while others in the ANC say the party has no youth league worth speaking of at all. Many are looking to the coming elective conference to revive the league, others have simply given up.

The ANC Youth League’s leadership’s three-year term expires in August, and an elective congress was originally planned for September, but there seems to be some haste in ANC Youth League ranks to hold a congress before then.

Secretary-General Njabulo Nzuza told Daily Maverick on Tuesday there were plans to have an elective conference before that, and while some claim this could be as early as June, he didn’t want to commit to a time.

A lot of admin has to happen before that anyway – like getting someone to write the policy discussion documents, for instance, a task that could take a month or two.

The league’s national executive committee is set to meet soon to decide – but when exactly that would be couldn’t be established.

Waiting in the wings

Several names have been mentioned of league leaders wanting to run for president.

KwaZulu-Natal secretary Thanduxolo Sabelo, who was at the forefront of supporting Nkosazana Dlamini Zuma’s bid for the presidency, has articulated ambitions to contest the position. He will probably help rally the youth behind former president Jacob Zuma when he gets his day in court, although Sowetan reported a few months ago that Sabelo said he didn’t feel ready for it.

Flamboyant league treasurer-general Reggie Nkabinde has been mentioned as a frontrunner in the race. He has strong PR on his side, and was recently quoted in City Press criticising the ANC for “sidelining” the ANC Youth League at Winnie Madikizela-Mandela’s funeral on Saturday.

The league wasn’t allocated a slot to speak amid a reported “rift” between Madikizela-Mandela’s family and the ANC, and former league president and ANC elections head Fikile Mbalula ended up speaking on behalf of the “youth of the country”.

Mbalula, incidentally, was supposed to have spoken on behalf of the ANC as its elections head at the funeral, but party chairperson Gwede Mantashe was added to the programme at the last minute. City Press reported that this was because Madikizela-Mandela’s family didn’t originally want ANC speakers to participate, but a compromise was reached, while other insiders told Daily Maverick this was because ANC Secretary-General Ace Magashule had “deployed factionally” when Mbalula was put forward as a speaker, and Mantashe’s presence on the programme rectified this.

In January Nkabinde quit Mabala Noise, the record label he owns and which was accused by Economic Freedom Fighters leader Julius Malema to have benefited from tenders given to him by water and sanitation minister Nomvula Mokonyane.

There is also a lobby which believes those in the running are all just more of the same, and that it’s time for a woman to take over. Former league NEC member Rebone Tau and current NEC member Victoria de Beer are both contemplating entering the race for the position.

There could, however, be some controversy in the offing about the timing of the league conference. The ANC’s NEC could yet decide to postpone all provincial and regional conferences until after the 2019 elections because the energy that goes into fighting leadership battles should rather be diverted to campaigning for an ANC elections win.

The league is likely to resist attempts to postpone its conference. Nzuza said “the ANC Youth League is autonomous” and the ANC couldn’t decide for the league when it should have its conference. It also should not get involved in leadership squabbles, which many alleged was the case three years ago when Collen Maine was elected president.

Nzuza said: “It will be very disgusting when you get the mother body interfering with the leadership of the youth league and with who must lead the youth league. It will be unacceptable and we will condemn it. We must allow young people to create their own destiny.”

Already, he said, there were signs that the ANC wasn’t taking the youth seriously. Saturday’s funeral was but one example. Another was the way leagues were not allowed to deliver messages of support at the party’s January 8 birthday rally this year.

“It is very dangerous for the ANC. They are supposed to be grooming the youth, nurturing talent, but instead they are being fixated on Julius, who is in opposition to the ANC,” Nzuza said.

President Cyril Ramaphosa’s ANC clearly has less time for the league than Zuma’s ANC had when Maine was campaigning for Zuma’s preferred candidate, Dlamini Zuma.

Nzuza said the ANC should leave Malema alone, because he knew how to join the ANC if he really wanted to.

“Giving him a stepladder to ridicule the ANC is out of order,” Nzuza said about Malema’s speech at the funeral.

Some in the ANC – including President Cyril Ramaphosa in his eulogy on Saturday – have been trying to talk peace to Malema, but there are some prominent leaders in his party staunchly opposed to merging or working with the ANC, notably EFF deputy president Floyd Shivambu and party spokesperson Mbuyiseni Ndlozi.

Malema is one of the former youth league leaders who was close to Madikizela-Mandela. Lulu Johnson, now an ANC MP, is another.

Johnson led a visit to Madikizela-Mandela’s house during the mourning period as part of an informal lobby group of former ANC youth leaders.

He questioned whether there was a youth league left after it was said to have been “captured” by ANC leaders for factional fights. Johnson’s view reflects what is apparently the ANC’s dominating view which is irking the league so much.

Johnson told Daily Maverick on Tuesday: “[The league] can only be relevant if it attacks issues that affect young people.”

He said the league could set up desks for the youth, women and the workers in its own organising department, which could work to revitalise the ANC’s structures from here.

“It should be about changing the lives of the people for the better,” he said.

Referring to the current leadership, he said:

“This is not what we fought for, this is not the ANC Youth League that we built. Conditions might be different, but the youth league must say ‘let us concentrate on issues that affect our constituency, the youth of this country’,” he said.

“When we speak at conferences we talk about regional or provincial positions. When will we speak about the national position? We go as far as theorising. We must be practical.” DM