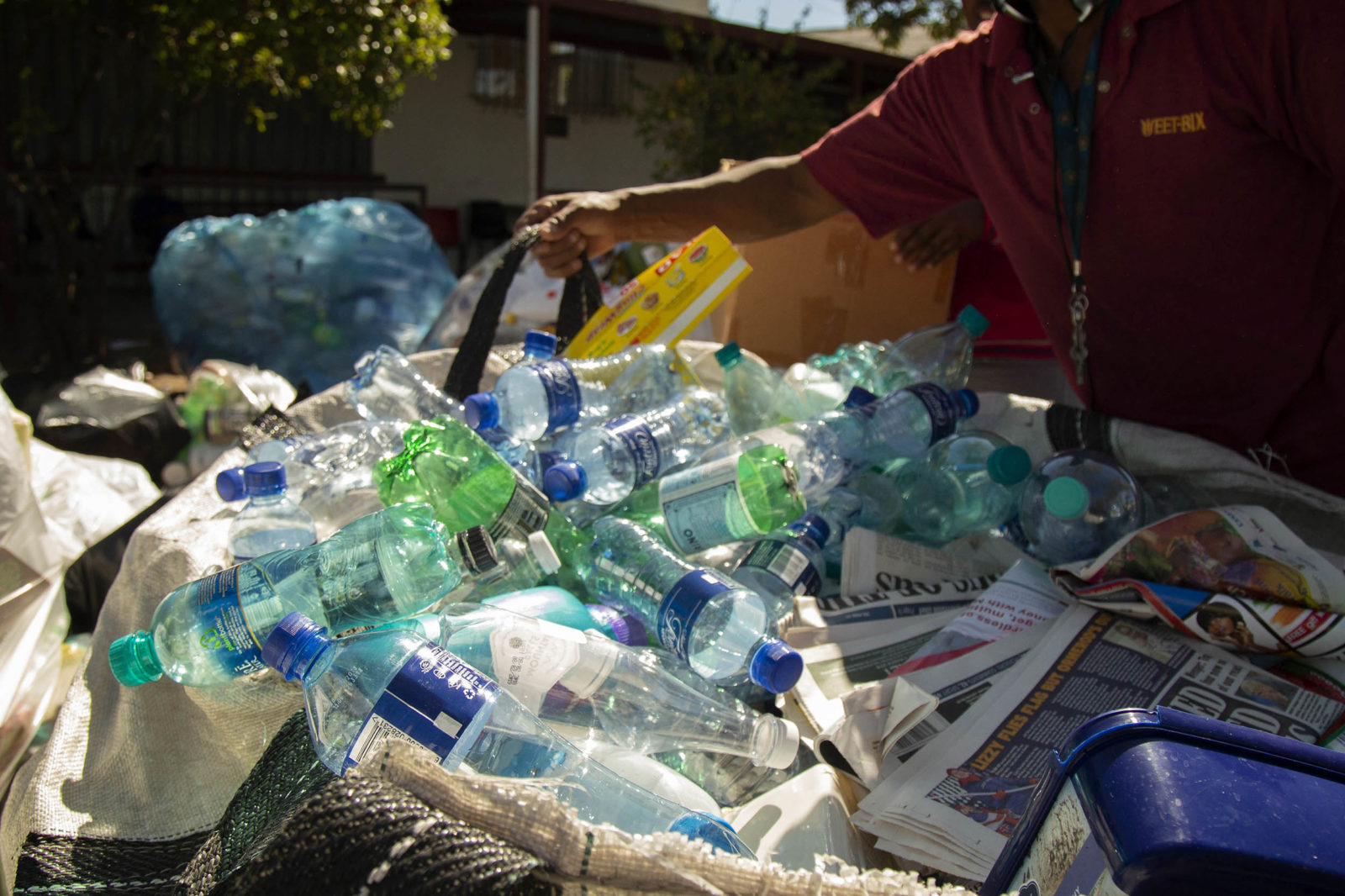 Due to the water crisis, plastic water bottles have proliferated across Cape Town. The boost in water bottle consumption has risen awareness about the lack of a formalised recycling programme in the City of Cape Town. Those with an environmental conscious are wondering when will the city take responsibility for recycling instead of leaving it up to the citizens to find environmentally responsible ways to dispose of their plastic.

The attempt to preserve Cape Town’s limited water supply may be unintentionally harming the environment just as much as it is helping it. The boost in plastic usage during the water crisis poses a major threat to both the environment and the cleanliness of the ocean. The environmentally concerned may ask how can they recycle in order to justify their plastic usage, as the city is yet to streamline this process.

Cape Town does not have a formal recycling programme, nor does it incentivise residents to recycle. The city supports manual recovery facilities and encourages residents to use them, but just how far can encouragement go?

As it stands now, recycling happens in three main ways: hiring a private company to pick up recyclables, driving to a recycling drop-off or buy-back facility, or hoping the “informal recycling sector,” those who hand-separate recyclables from waste, will pick up carelessly disposed bottles. According to Janine Basson, Stakeholder Relations Manager at PETCO, the informal sector is responsible for 80% of recycled plastics processed by PETCO.

Recycling is not necessarily an issue of laziness versus motivation. The realities of recycling opportunities in Cape Town is that one must contribute time, resources, and often money in order to recycle. If one has the means and free time to drive to a drop-off facility, or can afford a private recycling company, then recycling becomes a choice. But for others, that option is not viable in the first place.

While implementing a formal recycling programme would cost money and resources, the environmental impact cannot be understated. If anything, the water crisis should have demonstrated the value of Cape Town’s natural resources. Capetonians should no longer take the sea and the environment for granted. The city abused its water access until it was almost too late; it would be foolish to let the inaccessibility of recycling reach a similar crisis point.

Plastic water bottles are what environmentalists call “single-use plastic.” Single-use plastic takes a significant amount of time to make and only seconds to consume and dispose of. Furthermore, this plastic never quite disappears. At its most fundamental level, plastic bottles degrade into micro-plastics, a dangerous toxin especially as it pertains to ocean life.

The ocean’s surface fails to reflect the reality of what lies beneath. And what lies beneath is discomforting. Marine debris accumulates in the ocean and causes serious damage to marine life. Pictures of massive underwater garbage patches are disturbing enough to induce nausea, and that is even before one thinks about the fact that every other breath they take comes from the ocean. Ocean Atlas estimates that eight million tonnes of plastic end up in the ocean each year, and according to Plastic Waste Statistics, water bottles alone kill an average of 1 million sea creatures every year.

The City of Cape Town Integrated Waste Management Policy states that in South Africa, waste growth is advancing 5% faster than population growth and a 2015 Science article claimed that South Africa was the 11th worst country in the world for marine waste. A recent University of Cape Town study discovered that plastic litter comprises 99% of beach waste. South Africa, and Cape Town especially, has some work to do to improve its plastic disposal practices.

Clearly, plastics are dangerous. And the harmful effects of plastic are not limited to irresponsible littering. Landfills located next to the ocean create an additional risk of plastic toxins entering the marine system. Not only can toxins sink into the sand and reach the ocean, but strong winds have the capacity to carry loose bottles out of the landfill and into the water, submerging the plastic beneath the surface until the bottle slowly disintegrates into microplastics.

The only way to safely dispose of plastic is to recycle.

In response to a series of queries from Daily Maverick, the Mayoral Committee Member for Informal Settlements, Water and Waste Services; and Energy, Xanthea Limberg said the city is aware of this fact, and encourages residents to seek out recycling alternatives.

A city that vocalises support for environmentally friendly disposal options should start offering the systemic structures to enable all to do so.

The city is aware of this need.

The Solid Waste Management Department is “currently researching various alternative options for the most appropriate and cost-effective recycling services”. This includes creating new recycling drop-off sites and organizing trial runs of formalised recycling programmes to evaluate how to best implement city-wide recycling. This willingness to acknowledge the need for recycling is an important first step.

Unfortunately, waiting for the right solution to arise will not suffice. Cape Town has been in an official water crisis for six months now and disposed plastic continues to accumulate. When it comes to fixing the city’s waste practices, time is of the essence.

For now, the responsibility lies in the citizen. The water crisis should make locals more conscientious of their ecological footprint. Instead of just thinking about bottles versus tap water, they should think about landfills and microplastics. There won’t be any quick fix to the irreversible destruction of the sea’s eco-system and until the city takes the next step to streamline the environmentally friendly disposal of plastic, it is on each and every individual to see that they don’t end up doing more harm than good. DM

Special Thanks to the following organisations who were contacted during research for this article, and who can help with more online information on where to recycle, how to recycle, what to recycle, how to help protect Cape Town’s beaches, and general plastic information: The Beach Co-Op, Ocean Pledge, PETCO, PlasticsSA, SANWBA, The City of Cape Town