Vote of No Confidence 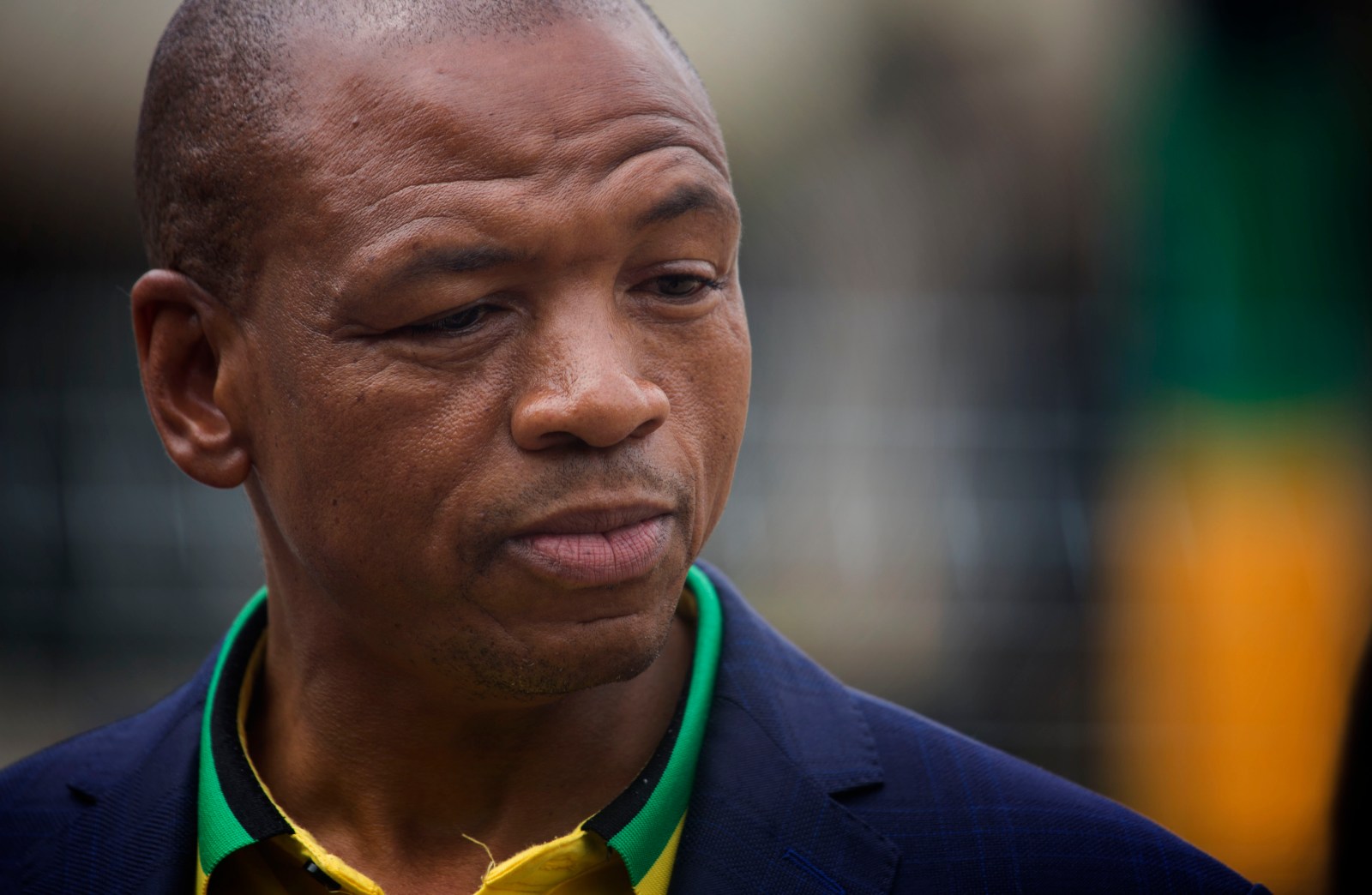 The no-confidence motion against Supra Mahumapelo was postponed on Tuesday, but the North West premier remains vulnerable on both political and legal fronts.

On the eve of the ANC’s national conference in December 2017, North West premier Supra Mahumapelo’s office claimed that an ex-employee had plans to kill him and his family. It wasn’t the first time. Only two months earlier, a former Mahikeng councillor was sentenced to five years for seeking a traditional healer’s assistance to kill him.

Mahumapelo is also vulnerable to other, less violent, threats. The ANC’s North West chairman was loyal to former president Jacob Zuma, but as the power balance continues to sway after President Cyril Ramaphosa’s election his future is uncertain.

The EFF’s motion of no confidence in the premier was set to be debated on Tuesday but was postponed because the party is going to court to try to push for the vote to be conducted by secret ballot. The court case will probably determine when and whether the vote will proceed, but the EFF needs the votes of eight ANC members, along with those from the DA and Freedom Front Plus, to oust the premier.

The EFF believe they’ll get the votes if the process is secret. The ANC has always protected its own in no-confidence motions, but there’s growing resistance against the premier in his own movement. Alliance partners, the SACP, Sanco and Cosatu, even the ANCYL, have said Mahumapelo must resign.

“Workers have taken a resolution that Mahumapelo must go and as Cosatu we support them. We did not vote (for) the ANC to be oppressed by Supra,” Cosatu Deputy General Secretary Solly Phetoe said recently.

Speculation persists as to why ANC Youth League President Collen Maine, once Mahumapelo’s ally, recently revealed it was the premier, and not Zuma, who first introduced him to the Gupta family. Both Mahumapelo and Maine are accused of working with the Guptas, who face a myriad corruption allegations.

Political analyst Professor Somadoda Fikeni said on Tuesday that Mahumapelo was the most vulnerable of the “Premier League” leaders, including ANC leaders in KwaZulu-Natal, North West, Mpumalanga and Free State, who shored up Zuma’s support.

“Of all the people (who) were supporting former president Jacob Zuma, Supra has always been the most vulnerable, presiding over one of the most divided provinces,” he said. “He was always there for the taking.”

The ANC’s Mpumalanga chair David Mabuza threw his lot in with Ramaphosa and is trying to cement his power as deputy president. ANC Free State chair Ace Magashule is now the party’s secretary-general but faces considerable opposition. KwaZulu-Natal leader Sihle Zikalala’s election was ruled void by the courts and he’s locked in a campaign to be re-elected.

Power in the ANC is shifting and each of Mahumapelo’s former allies are fighting for survival, but Mahumapelo also faces legal threats.

The DA laid charges of fraud and corruption against him this week after it was reported that Denel gave his son a bursary worth R1.1-million to attend an elite aviation school, without following proper processes.

The Hawks raided the premier’s office in March looking for evidence of the deal the province had with the IT company Nepo Data Dynamics, which was paid over R200-million for consolidating IT services but appeared to be a middleman for a wide range of tenders. Mahumapelo’s government seemed more concerned with finding who leaked information on the payments.

Then there is the Mediosa mobile clinic scandal that saw the province pay a Gupta-linked company R36-million without doing any work. Health Minister Aaron Motsoaledi summed up the project:

“I don’t think it would be wrong to characterise it as an ATM card through which the Guptas are withdrawing money from the department of health.”

Fikeni suggested that Mahumapelo’s enemies within the movement are at the gates – perhaps Maine is even positioning himself to try to take North West’s top job. His legal issues are only going to increase; he will probably have to appear before the State Capture commission of inquiry.

But Mahumapelo has survived threats to his life and his career. The game’s not over for the North West strongman, yet. DM