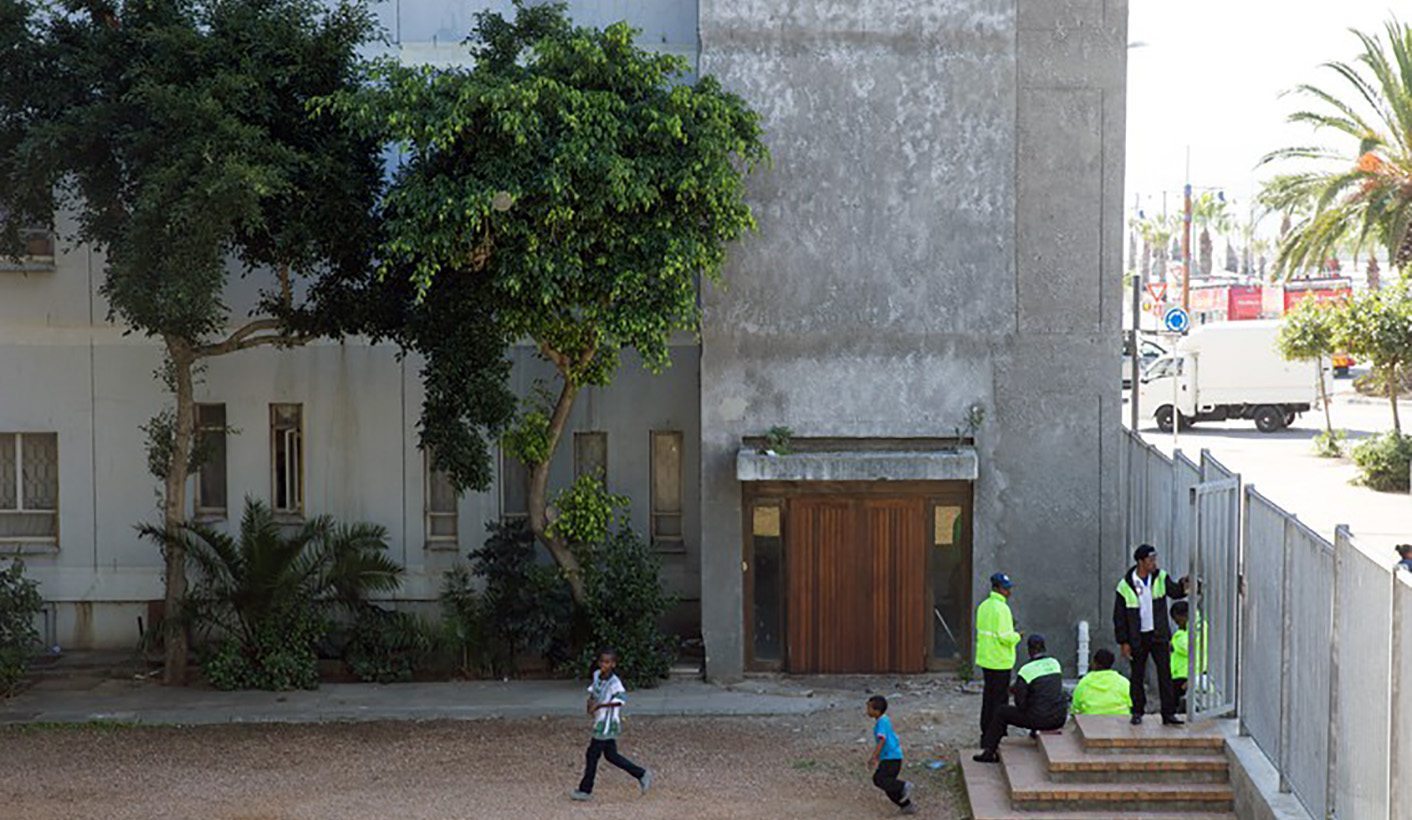 R3-million a month is paid for guards and dogs at Helen Bowden Nurses Home. By GROUNDUP staff.

The Western Cape government pays about R3-million monthly to a company called Masiqhame Trading 540 CC for security at the Helen Bowden Nurses Home.

Since March 2017 the property, which is owned by the Western Cape government, has been occupied by people mostly working in blue-collar jobs in Sea Point. The occupation of the property, next to Somerset Hospital opposite the Waterfront, was part of Reclaim the City’s campaign for affordable housing in Cape Town’s city centre.

Last month, the MEC for Transport and Public Works, Donald Grant, stated: “In our attempts to secure the site to date, the (Western Cape Government) has been forced to contract additional security for the site at a cost of close to R3-million a month.” He further said the province spent over R35-million in the last financial year “securing this property against continued invasions, vandalism, and theft”.

GroundUp enquired how the R3-million monthly figure was reached. Grant’s spokesperson, Siphesihle Dube, responded that the bill covers 36 security guards and six dogs at the site 24 hours per day, as well as batons, two-way communication radios, pepper spray and four toilets. Guards and dogs are relieved every 12 hours, but at any time there are supposed to be 36 guards on duty. This comes to R2,560,104 excluding VAT, per month (just over R2.9-million including VAT).

“The Department of Transport and Public Works has followed the appropriate procurement process for the provision of security services in terms of a framework for a period of three years,” wrote Dube.

There are three problems with this explanation. First, it is far too expensive even if Masiqhame was providing everything the province believes it is paying for. Second, Masiqhame simply isn’t providing 36 security guards at a time nor six dogs. Nor is it providing toilets. Third, by any reasonable assessment, it is unnecessary to provide so much security for the site.

We solicited quotes from reputable security companies to provide 36 security guards and six dogs 24 hours per day. None of the quotes we received were close to R2,560,104. One, for example, quotes for less than a R1-million per month (including dogs). Moreover, a company counselled us against using 36 guards and instead recommended an alternative solution costing less than R400,000 per month.

The amount the province is paying per guard per month — assuming he or she works about 170 hours per month — is approximately R16,000 excluding VAT (about R95 per hour). The standard rate for security guards is less than R6,000 per month, and many earn less than R4,000 per month. The implication is that Masiqhame is making much more than a 100% mark up per guard.

GroundUp visited the site several times. On no occasion were there 36 guards on site. The most we ever counted was 26, and often there were considerably fewer. Our counts also match what residents told us.

Until we began asking questions there was not a single dog on the premises. Suddenly in the past couple of weeks, three dogs have been introduced. The dogs are mongrels (with a passing resemblance to German Shepherds and Rottweilers) named Balie, Kaptein and Lion. We patted them and they licked us. Balie played joyfully and Kaptein is so friendly he was even let off his leash. They are undoubtedly loving pets, but on no planet would they be considered security dogs.

As one resident said to us: “The dogs are so friendly that even the children play with them. I don’t know why the government pays so much. They don’t even bark.”

There were no portable toilets on the property, in contrast to what the province says it is paying for. A resident told us the security guards use the Waterfront toilets. They could also use the toilets in the building (although water has to be brought on site because there is no running water).

Few of the guards had batons and less than half were wearing ID tags. It is unclear how many of them are registered with the Private Security Industry Regulatory Authority.

On visiting the property it is immediately apparent that it does not need such a large security contingent. Most of the guards were sitting in groups chatting with nothing to do. A resident told us that most people are allowed in and out the building without question. There is no sign-in procedure. The place needs no more than five or six guards, nor does it need dogs, except perhaps as pets. When GroundUp has visited, relations between the occupying residents and the guards have been better than cordial. But a few weeks ago, one of the residents — “Rasta” Dolophini — was fatally stabbed by a security guard. The guard has been arrested.

It is ironic that the only building on the Sea Point/Mouille Point beach front road that solely houses poor people, and that has neither running water nor electricity, has more security than the expensive blocks of flats down the road where some of the country’s wealthiest people live. Even the rich cannot afford so much security.

South Africa has many reputable security companies with well-known brands. It is unclear why the province has hired a company, with an off-the-shelf name, which doesn’t even have a website as far as we can tell.

WhenGroundUporiginally approached Eddie Cloete, the man who apparently runs Masiqhame, for a quote, we did not reveal we were journalists. When we then further approached him to answer questions for this article he responded: “Your behaviour is unethical. You requested a quote, but you don’t have authority to request for one. Your behaviour and actions are not in good faith, therefore I cannot justify your actions. I will forward your request to my legal representatives and will take this further.”

We asked MEC Grant, his spokesman and chief of staff why the province has solicited the services of such a questionable company. We received no answer to this or to several other questions. DM

Main Photo: There are too many guards and they have very little to do at the Helen Bowden Nurses Home. Photo: Ashraf Hendricks