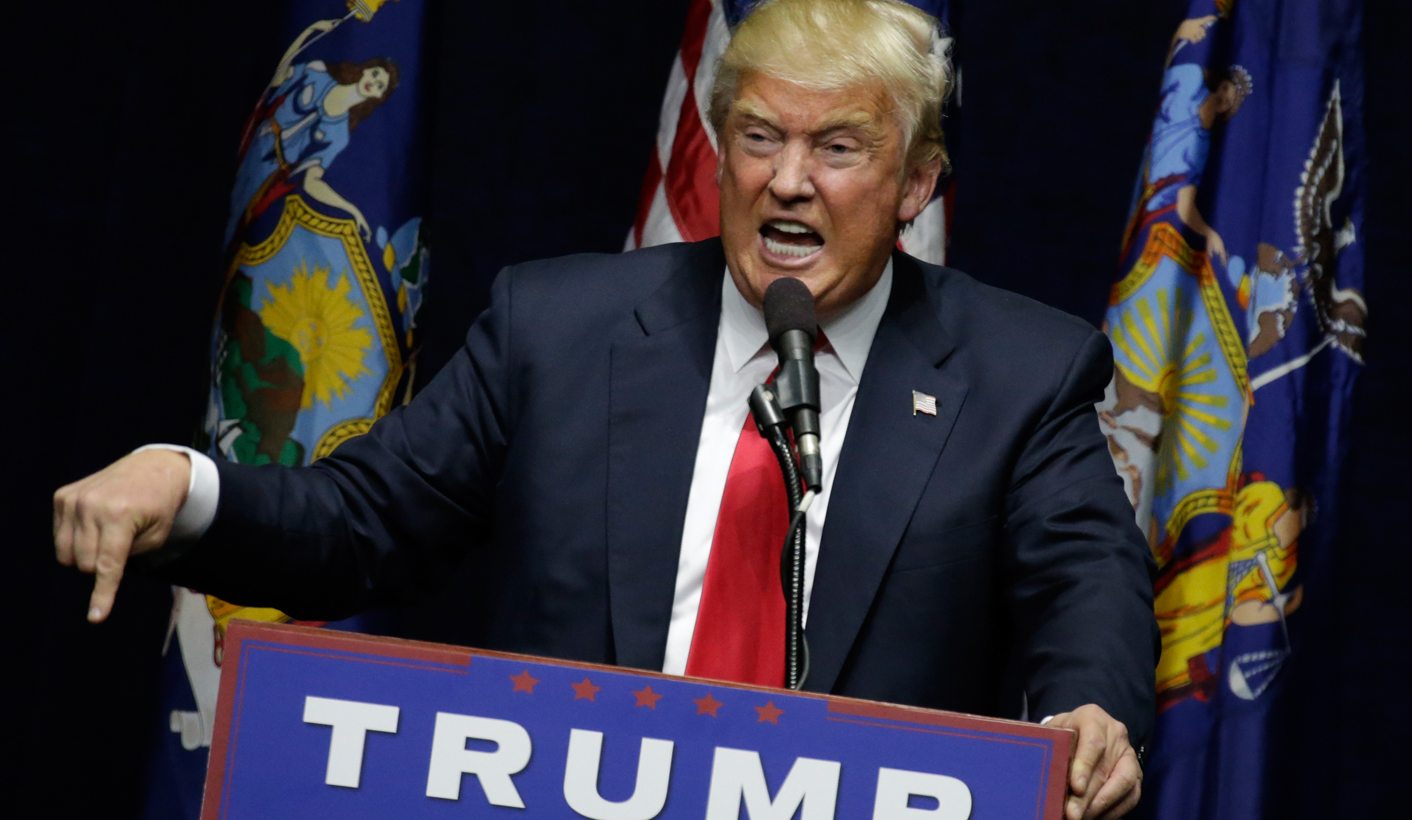 US President Donald Trump warned Wednesday that "missiles will be coming" in response to an alleged chemical attack in Syria, as the UN chief urged world powers to stop a face-off with Russia from spiralling out of control. By Dave Clark

With punitive US military action seemingly imminent, Russia scrambled to deflect blame from its ally Bashar al-Assad and, according to a monitor group, Syrian forces evacuated key defense buildings in Damascus.

Trump’s warlike tweets came in response to a warning from Russia’s ambassador to Beirut, who took to a television network run by the armed group Hezbollah to declare that any US missiles would be shot down “as well as the sources they were fired from.”

If the US action follows the pattern of a previous punitive strike on Syria last year, it will begin with a salvo of cruise missiles fired from American warships in the Mediterranean, as Trump implied when he tweeted they would be “nice, new and ‘smart.'”

Defense Secretary Jim Mattis as well as CIA director Mike Pompeo huddled at the White House on Wednesday to discuss options and game out the situation.

“Today, I called the Ambassadors of the five Permanent Members of the Security Council to reiterate my deep concern about the risks of the current impasse and stressed the need to avoid the situation spiraling out of control,” he said, referring to the United States, Russia, China, France and Britain.

Moscow and Washington have so far vetoed each other’s motions to set up an international investigation into chemical weapons use.

Opponents of unilateral US action called an emergency closed-door meeting of the UN Security Council for later Thursday.

Meanwhile, Moscow said the formerly rebel-held district of Eastern Ghouta — including Douma, the target of Saturday’s attack — had been “totally stabilized” and would soon be patrolled by Russian military police.

But the Russian army continued to deny their side’s latest victory came after Assad launched a chemical attack on the last rebel-held pocket of the enclave in the Damascus suburbs, instead accusing the White Helmets civil defense organization of staging the massacre.

Trump’s spokeswoman dismissed this idea, and pointedly refused to acknowledge that concern about the risks of a direct confrontation with Russia would hold the US military back.

“The intelligence provided certainly paints a different picture,” she said. “The president holds Syria and Russia responsible for this chemical weapons attack.”

But while the Russian president’s lieutenants continued to up the ante with threats and allegations, Vladimir Putin himself adopted a more statesmanlike tone, in remarks to new ambassadors presenting their credentials at the Kremlin.

“The situation in the world is becoming more and more chaotic but all the same we hope that common sense will finally prevail and international relations will take a constructive path,” he said.

Trump’s tweets were more belligerent — he told Russia “You shouldn’t be partners with a Gas Killing Animal who kills his people and enjoys it!” — and declared that US relations with Russia have plunged to a historic low.

But he notably also said there was “no reason for this,” reiterated his hope for talks with Putin to halt a new arms race, and blamed his domestic political opponents for poisoning ties.

Assad’s Damascus regime, which has long accused Washington of supporting its armed opponents in the country’s bloody seven-year-old civil war, hit back at Trump’s “reckless escalation.”

– OPCW to deploy -Trump and other Western leaders have vowed a quick and forceful response to Saturday’s alleged gas attack, which rescue workers say killed more than 40 people.

British Prime Minister Theresa May has called an emergency cabinet meeting for Thursday, while French President Emmanuel Macron is to decide on a response in the coming days, having insisted he does “not want an escalation” and that any response would focus on Syria’s chemical capabilities, not on allies of the regime.

As it looked to head off the threat of Western strikes, Syria said it had invited the Organisation for the Prohibition of Chemical Weapons, which has blamed the regime for previous attacks, to visit the site.

The OPCW said it would “shortly” deploy a fact-finding team to Douma for an investigation, but US officials said they were working from their own information and would not necessarily hold back.

Damascus agreed to hand over its chemical arsenal in 2013, narrowly avoiding American and French air strikes in retaliation for a suspected sarin attack.