Youth inspired anew by an icon they barely knew 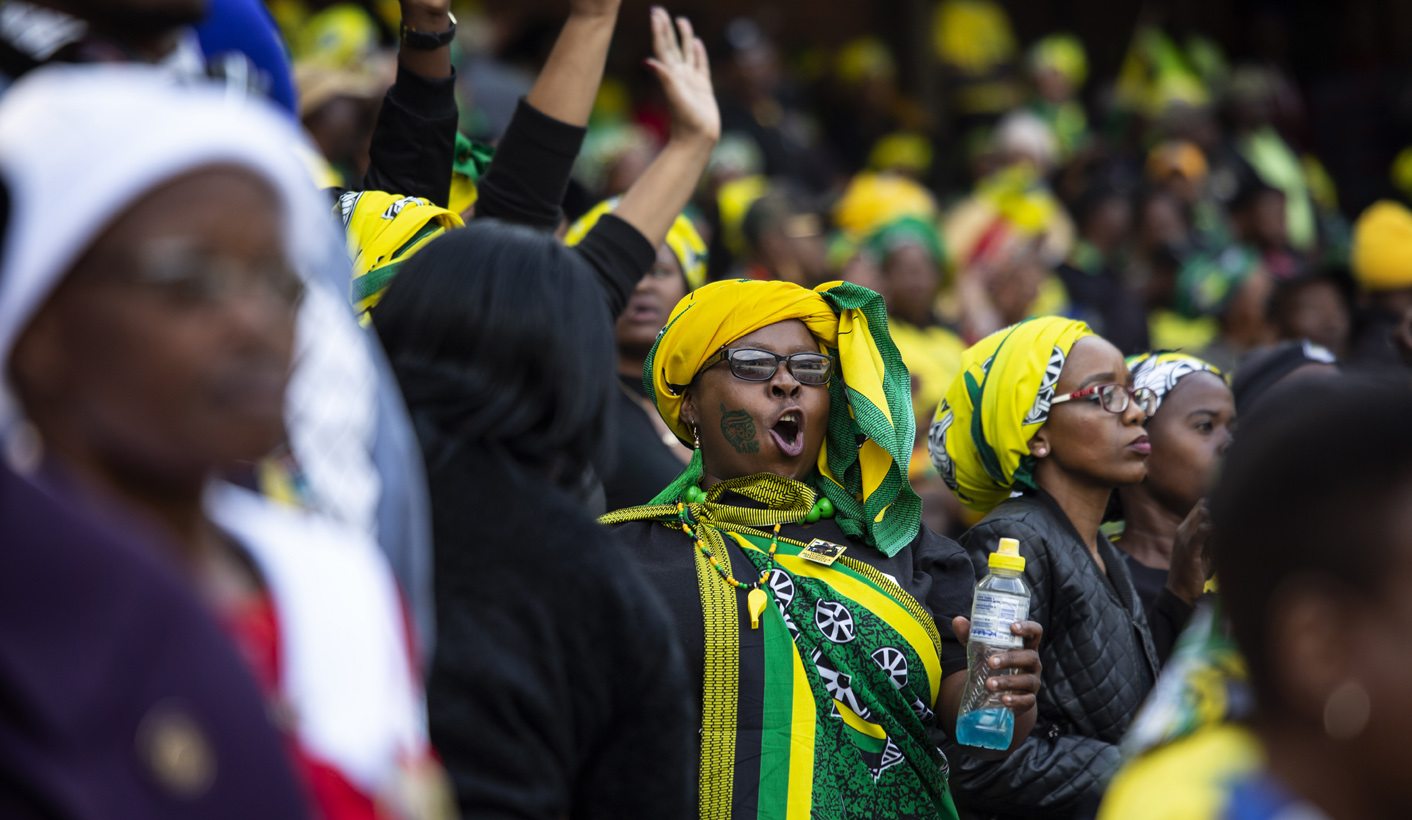 Struggle stalwart Winnie Madikizela-Mandela inspires both devotion and criticism for her role in South Africa’s liberation. In death, her legacy has gained traction with the youth who have rallied behind the protection of her image and the celebration of her legacy. By NKATEKO MABASA.

Winnie Madikizela-Mandela’s memorial at the Orlando Stadium in Soweto was always going to be attended by legions of ANC Women’s League members, members of her church women’s league and the old guard of the Struggle.

But among the crowds in the stands, a distinct feature – young women, heads covered in doeks, and young men wearing T-shirts with the image of a younger Madikizela-Mandela’s fist raised in defiance emblazoned on the front.

Tshegofatso Raphuti, 31, a lawyer, was among the crowds at the memorial in Soweto on Wednesday.

“My boss is a black woman and so she understood how important this is and so allowed me to come,” said Raphuti.

Speaking about Madikizela-Mandela, Raphuti conceded that she was a woman who was flawed but said this did not stop her from looking up to her.

After the famous Treason Trial and subsequent arrest of her husband, Madikizela-Mandela was arrested numerous times in her life. She was tortured and spent 491 days in solitary confinement. She is credited with keeping the ANC alive while other comrades went into exile or were arrested.

“It was hard for her and it hardened her, which is something that could have happened to anyone. And she fought for what was right, she did what needed to be done for us to be here,” said Raphuti.

To the youth, these mistakes and regrettable blunders are seen as virtues of the woman next door that people can relate to – a woman who was broken and silenced but refused to stay down.

“Although we have taken a few steps forward we live in a patriarchal society and she [Madikizela-Mandela] stood out in a male-dominated society,” she said.

Kamogelo Musehla, 20, a former journalism student at Boston City Campus, who lives in Orlando East, attended the memorial service because of what Winnie Madikizela-Mandela meant to him.

“You can’t mention strong women and not mention Winnie Mandela. The country, just like any family, needs a mother to survive. And if you grow up in a family with no mother, Winnie gave you a place to cry and learn from,” said Musehla.

Musehla moved from Rustenburg to Orlando where he rents a room at a students’ residence. He moved to Johannesburg for the opportunities it presents for a young and aspiring journalist who was inspired by the fearlessness of Madikizela-Mandela.

However, he was disappointed by how the people in Orlando disregarded Madikizela-Mandela when she was alive.

“When we are alive people don’t even cross the street for you but when you are dead, they will even cross rivers. We did not even celebrate her birthday last year in September. We are pretenders,” said Musehla.

Renolda Rambau, 21, who works for the Southern African HIV/Aids Collaboration and is pursuing her LLB degree through Unisa, first heard of Madikizela-Mandela when she was in Grade 7 during a Social Sciences class.

As Rambau grew older she decided to read and find out more on her own because she could not find a lot of information about Madikizela-Mandela beyond her marriage to Mandela.

“After doing my own research I did not see her as a political figure but as a woman who could do anything. She taught me that there is nothing limiting me because I am a woman,” she said.

Rambau treasures the ideals displayed by Madikizela-Mandela’s vocal stance against apartheid and the then status quo.

“She showed us that there is nothing wrong with being strong and this is not an attribute for a man only, it is about being vocal about what you believe,” she said.

Rambau believes that what Madikizela-Mandela fought for has not been completely achieved and that as a country we lack a deep understanding of what is revolutionary.

The fight, according to Rambau, has liberated the oppressors more than the oppressed.

“Although black people may have political freedom, they do not have economic freedom. Why don’t we have our own land? It is absurd to believe that one man can change South Africa, and in time we will begin to see Nelson Mandela’s flaws as well,” said Rambau.

Winnie Madikizela-Mandela’s death reminds us of the complex past of South Africa’s road to liberation. One wonders how many more concealed truths the country will uncover as it looks to the past in addressing the social ills of today.

Is South Africa ready to face itself when confronted by dissatisfied youth? DM