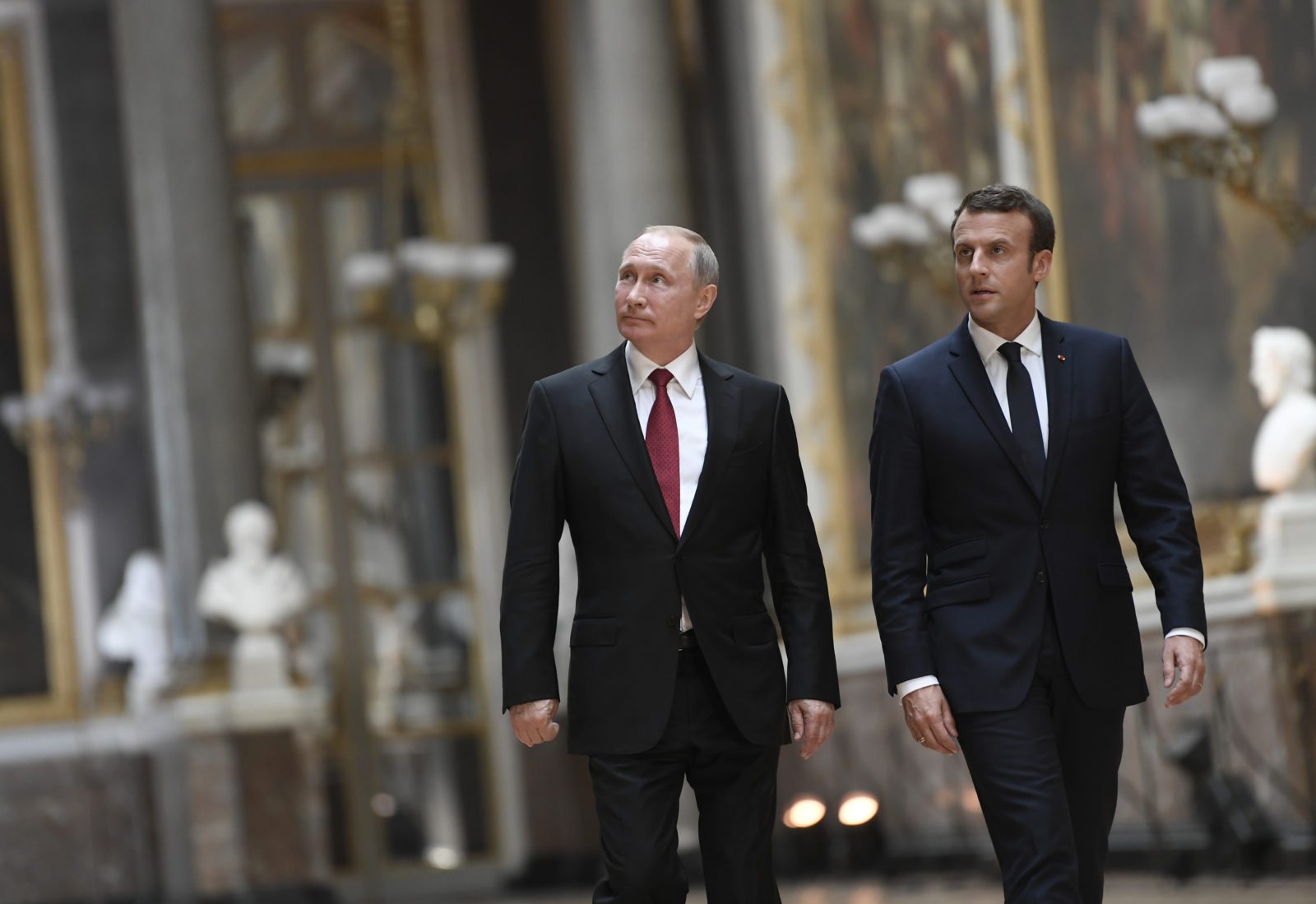 epa05998345 French President Emmanuel Macron (R) and Russian President Vladimir Putin (L) arrive for a joint news conference after a working meeting at the Versailles Palace, near Paris, France, 29 May 2017. Discussions between the two are expected to include the situation in Syria and Russia's veto position at the UN security council. EPA/STEPHANE DE SAKUTIN / POOL MAXPPP OUT

French President Emmanuel Macron said Thursday that he would respond to "proof" that the regime of Syrian President Bashar al-Assad had used chemical weapons, "at a time of our choosing."

“We have proof that chemical weapons were used last week, at least chlorine, and that they were used by the regime of Bashar al-Assad,” Macron said during an interview on France’s TF1 television.

Macron added that he was in daily contact with US President Donald Trump and that they would decide on their response “at a time of our choosing, when we judge it to be the most useful and the most effective.”

The French leader, who had made the use of chemical weapons in Syria a “red line”, said one of his aims in Syria was to “remove the regime’s chemical attack capabilities”.

But he repeated that he wanted to also avoid “an escalation”.

“France will in no way allow an escalation or anything that would harm regional stability, but we cannot allow regimes that believe they can act with impunity to violate international law in the worst possible way.” DM