ANC mourns loss of ‘gentle giant of our struggle’ Skweyiya 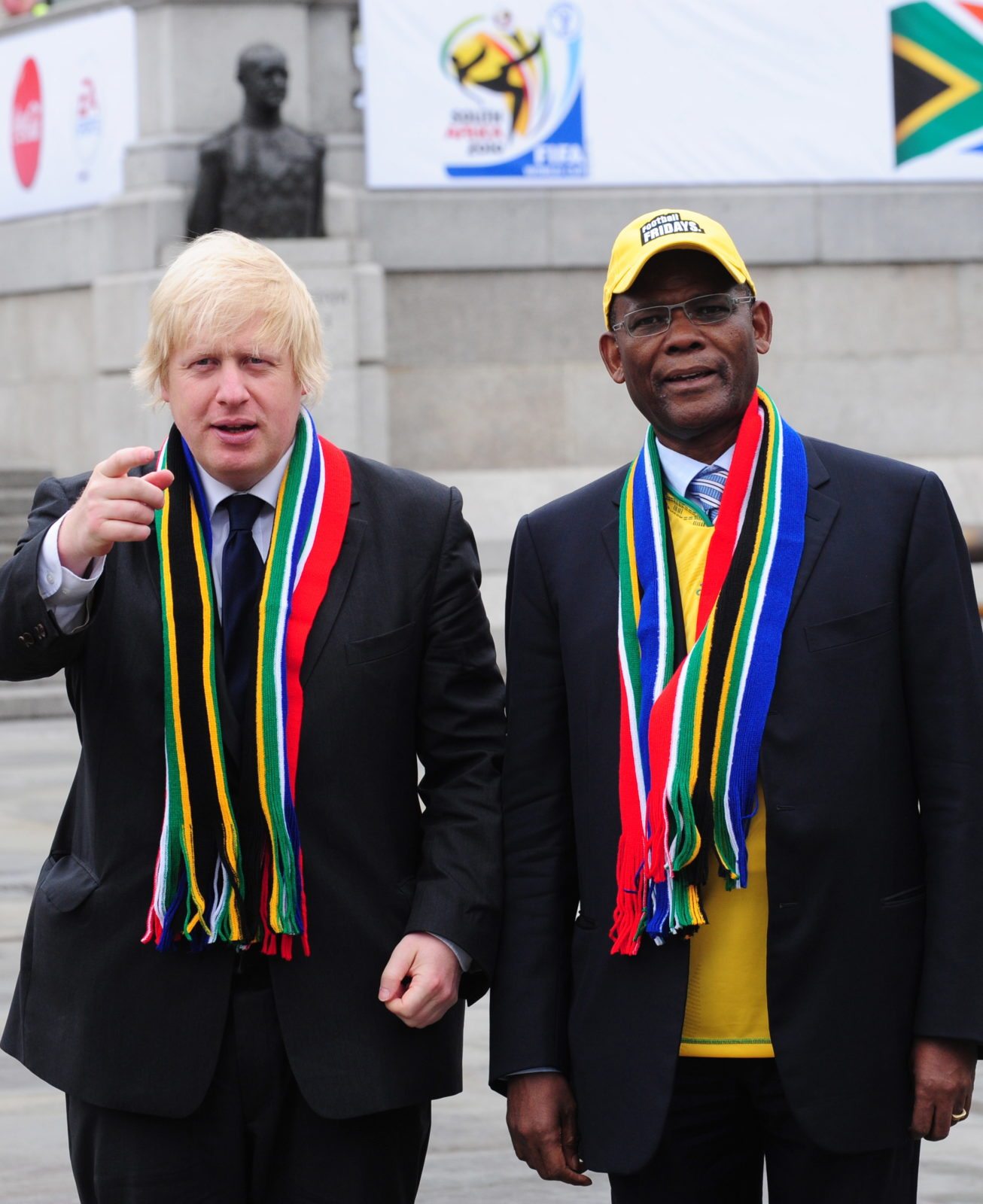 epa02196506 Mayor of London Boris Johnson (L) stands next to South Arfican High Commissioner in London Dr Zola Skweyiya (R) to mark the start of the FIFA World Cup 2010 in Trafalgar Square, London, England on 11 June 2010. People in the square will also be able to watch the opening ceremony and the opening match between South Africa and Mexico. EPA/FACUNDO ARRIZABALAGA

The ANC was mourning the loss of ANC veteran Zola Skweyiya, who died in Pretoria on Wednesday morning.

“On behalf of the national executive committee (NEC) of the ANC and the entire membership of the movement, we pass our heartfelt condolences to his wife, Thuthukile Skweyiya, and the entire family for their loss,” he said.

“The movement mourns with them as we celebrate the life of this gentle giant of our struggle.”

He was an activist in high school and joined the ANC in Fort Hare in 1956.

He matriculated four years later at Loveday College, in Alice.

Mabe said Skweyiya organised party activities until he went into exile in Tanzania in 1963, and later, Lusaka in Zambia.

The ANC sent him to Germany to study law and he obtained his degree in 1978 from the University of Leipzig.

“He worked for the ANC in various offices and capacities and was responsible for setting up the ANC office in Addis Ababa, Ethiopia,” said Mabe.

From 1984 to 1993, he represented the ANC at the UN Commission for Human Rights.

He also represented the ANC at the Organisation of African Unity between 1982 and 1985.

He was recalled to set up the ANC legal and constitutional department in Lusaka, which he headed until 1990 in Zambia and until 1994 in Johannesburg.

On his return, he chaired the ANC constitution committee and served on the NEC until 2012.

After becoming an MP in 1994, Skweyiya immediately assumed the position of public service and administration minister.

In 1999, he was appointed social development minister, a post he held for 10 years.

“In social development, he spearheaded the implementation of our social protection system, including the child grants and the formation of the South African Social Security Agency (Sassa). He was passionate about the protection of the elderly, and held numerous outreach and engagement [initiatives] with older South Africans across the country.”

Mabe recognised the critical role that he played in constitutional negotiations.

“He felt strongly about the resolution of the historical injustice, and [was] an advocate for the policy of affirmative action.”

In 2009, Skweyiya was appointed as high commissioner of South Africa to the UK and Ireland.

On his return, he remained an active ANC veteran and an outspoken advocate for the renewal and restoration of the integrity and values of the movement, said Mabe.

“We mourn the loss of this gentle giant, whose life was one of service, excellence, and love for his people and movement.” DM