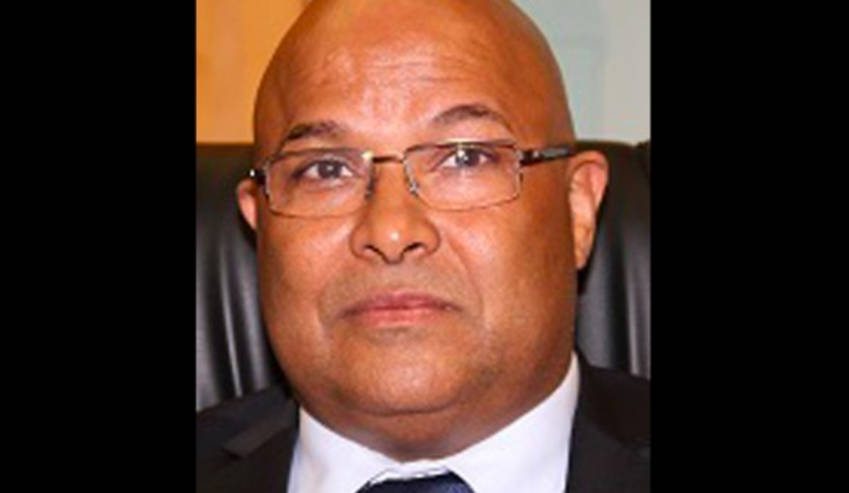 Intelligence boss blocked an investigation, conducted a campaign of intimidation, claims Inspector General of Intelligence. By Sam Sole and Susan Comrie for AMABHUNGANE.

The Inspector General of Intelligence (IGI) has launched an extraordinary court application seeking protection from the Director General of the State Security Agency (SSA) Arthur Fraser.

The IGI, Setlhomamaru Dintwe, has revealed that Fraser has purported to withdraw the IGI’s security clearance and access to the IGI’s own office in what Dintwe describes as an unconstitutional attempt to frustrate an investigation of Fraser himself.

The IGI exercises constitutional oversight over the activities of the intelligence services.

In an urgent application to the high court in Pretoria, Dintwe alleges that Fraser’s actions flowed from the IGI’s attempt to investigate a complaint by the DA (Democratic Alliance) based on revelations in Jacques Pauw’s best-selling exposé, The President’s Keepers.

(See “What was the Principle Agent Network” below, for more on the allegations against Fraser.)

Dintwe confirms that his office began an investigation of Fraser in May last year, but alleges he faced a rising tide of obstruction and resistance from Fraser and the SSA, culminating in a letter from Fraser on 28 March 2018, revoking the IGI’s security clearance.

Dintwe has asked the court for urgent relief by overturning Fraser’s actions and preventing Fraser from acting “unconstitutionally, unlawfully and motivated by bad faith”.

In his affidavit, Dintwe states: “The extraordinary nature of the decision taken by the Director General — to prevent me from gaining access to my office and executing my constitutional and statutory responsibilities – requires the immediate intervention by this court. The decision by the Director General has implications not only for me as an individual, but for the proper functioning of the Office of the Inspector General of Intelligence (OIGI) and the broader public interest.”

He adds: “On what I know, there is at least a prima facie case for Mr Fraser to answer. If, by his conduct, he is preventing the ventilation of that case through a statutorily created body, it is of extreme importance for a court to step in… My ability to fulfil my mandate and ensure a functional and independent OIGI and to investigate and report on complaints (most notably against Mr. Fraser himself) has been prohibited with immediate effect based on an unlawful decision taken by a Director General in an untenably conflicted position.”

The IGI also claims the SSA dragged its feet on upgrading the security at his official residence and attempted to remove his current security detail “who I have come to know and trust” and to replace them with protectors “who I can only imagine will serve the interests of the Director General”.

Dintwe states: “This threatened action coupled with the dilapidated security measures at my residence and the anonymous threats I have received in my line of work serves to intimidate me in the prosecution of my constitutional mandate and presents a very real threat to my personal safety…

“It is my sincere belief that the intimidation I have been facing from the Director General is occasioned by the investigations I am undertaking into the complaints laid against him.

“To the extent that these allegations are in the public domain, they are recorded by investigative journalist Jacques Pauw in his book The President’s Keepers… These allegations include forgery, fraud and various offences in terms of the Prevention and Combating of Corrupt Activities Act.”

Dintwe describes a range of troubling incidents of alleged obstruction from Fraser, including in relation to another DA complaint about the SSA being used to spy on political parties and the IGI’s attempts to get funding to fill vacancies in his office.

He asks the court to declare unconstitutional the legal framework whereby Fraser can purportedly revoke the security clearance of the IGI and control or veto the IGI’s budget.

Dintwe describes how matters came to a head after Fraser wrote to him on 8 November 2017 claiming that Fraser was aware “that I had received classified information from political parties in Parliament which information relates to the State Security Agency and its activities”.

“Later, on 13 November 2017, the Director General addressed a threatening letter to me in which he claimed that he was aware that I was in possession of certain ‘classified’ information submitted to my office by the Democratic Alliance. This is illustrative of the extent of the abuse… By labelling the information as ‘classified’, Mr Fraser sought to prevent me from making use of the information in the very investigation against him.”

Then on 15 November Fraser wrote again, claiming the SSA had received “disturbing information” impacting upon the IGI’s security competence and demanding that he submit himself for re-vetting. “No clarity or detail was provided except for insinuations and prevarications.”

In a subsequent letter dated 3 December 2017, the Director General advised the IGI of an impending investigation by the SSA “regarding the leakage of a classified OIGI report”.

This was a report by the previous IGI into the claims against Fraser, some details of which were published by Pauw in the Sunday Times earlier on the same day.

Fraser claimed the IGI had been “unco-operative” with the re-vetting efforts and informed Dintwe to co-operate with the SSA in the process of re-vetting and the imminent investigation.

Then came the decision in March to revoke his security clearance completely.

Dintwe states: “The substantive justification for the revocation of my security clearance is utterly irrational and unreasonable. The Director General claims that my security clearance is being revoked because I am a threat to security. The reason why it is alleged that I am a threat to security is because I am supposedly in possession of classified information. By definition, my role is to be in possession of classified information. It is impossible for me to exercise my responsibilities unless I have access to all types of information, classified or not. The Director General cannot control the manner in which I exercise my functions by determining the classified nature of the information accessible to me.

“The facts illustrate gross abuse of public office in order to achieve improper ends. I have shown above that, to his knowledge, the Director General is the subject of investigation. He obviously knows that if he can revoke my security clearance, I will have no entitlement to access the necessary information. Therefore, the Director General is in effect attempting to block an investigation into himself.”DM

What was the Principal Agent Network (PAN)?

According to Jacques Pauw’s book The President’s Keepers and reports in Daily Maverick, PAN agents conducted illegal surveillance, blew R48-million leasing properties and R24-million buying 293 cars and employed a wide network of highly suspect undercover agents. Most damning though are the allegations that Fraser’s family members benefited from the project, a charge they deny.

We are an independent, non–profit investigative journalism centre. Like this story? Be an amaB supporter. Sign up for our newsletter. Visit us at amaBhungane.co.za