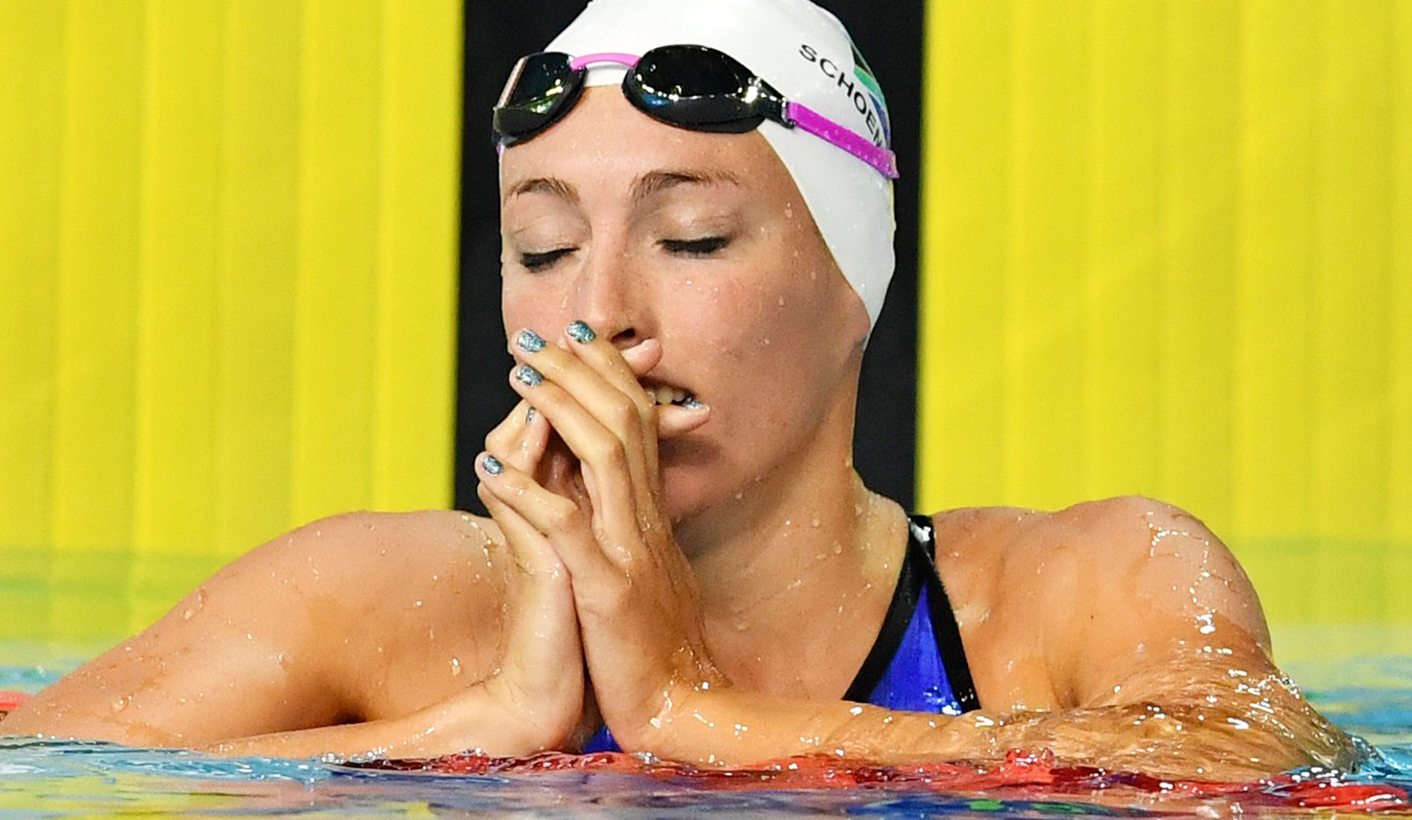 South Africa’s athletes racked up a stack of medals on a memorable day at the 2018 Commonwealth Games on Monday. Smashing records, upsetting the favourites and announcing themselves to the world marked a splendid day out on the Gold Coast. By ANTOINETTE MULLER.

There have been many memorable days in South African sport over the last few years. From the Rio Olympics in 2016 to the World Championships last year and, more recently, the Proteas’ Test series triumph over the Australians.

But Monday at the 2018 Commonwealth Games will go down as one of the most special days in the country’s sporting history. In a “blink and you miss it” afternoon, South African athletes won nine medals and broke records left and right.

The tone was set early in the morning with the women’s fours winning silver in the lawn bowls event – a feat one of the team described as her “best achievement”.

But for Team South Africa, the best was yet to come.

First up on the track were Dylan Buys and Charl du Toit, both running in the T38 100m final. The pair took silver and bronze respectively with Du Toit’s being good enough to notch up a World Record in the T47, a phenomenal effort in context.

Caster Semenya then set the tone for the day when she blitzed through her 1,500m heat, finishing streets head of the chasing pack as she goes in pursuit of the 800m/1,500m double.

Her final will take place on Tuesday, but the glut of gold that followed in the pool not only announced one of world swimming’s most exciting talents, it also reaffirmed the legends of some familiar faces.

But while one swimmer’s career has ended and another’s is reaching its peak, another is just beginning.

Tatjana Schoenmaker did the double in the women’s breaststroke. During these Games, she smashed all three African records in the women’s breaststroke events, signalling a new dawn of swimming for women in the country. Not since the days of Penny Heyns has a female swimmer showed so much promise at such a young age. Schoenmaker is only 20 years old and this is but a taste of things to come.

“I don’t know where to start. Cameron was phenomenal, one of the best performances I’ve seen him do and Tatjana’s a superstar,” said Le Clos, winning the 16th Commonwealth Games medal of his career.

“I knew I had to win, and that there was pressure. I knew James [Guy] would come out guns blazing, but I kept my cool,” he said after a start to finish victory in a Games record 50.65.

“I’ve had 13 races at these championships and I couldn’t have had a better week individually. I’m very happy and very proud of myself personally. I’m humbled. If I break the performances down, they were expected. I knew there was a lot of pressure, but it was a good win tonight,” he added.

For good measure, Christian Sadie also grabbed silver in the Men’s S6 50m freestyle on a night when the medals kept coming.

To cap off a phenomenal evening, Akani Simbine became the Commonwealth Games champion in the men’s 100m with Bruintjies finishing in second as they upset Jamaican favourite Yohan Blake without even breaking the 10-second barrier.

With Usain Bolt out of the picture and Wayde van Niekerk out injured for this event, athletics needed a new poster boy – and Simbine delivered.

The South African has been remarkably consistent in his upward trajectory and his win on the Gold Coast will be remembered for many more years to come. There is every reason to believe he can do even better.

“It’s just an amazing feeling to come here for my country and be able to do this,” said Simbine. “Thanks to my country, my coach and my family.”

Both Simbine and Bruintjies ran their hearts out from the outside lanes – not unlike 400m World Record holder Van Niekerk’s effort at the 2016 Rio Olympics.

“This is such a great achievement to get not one but two SA sprinters onto a podium at an event like this, something to really celebrate. I’m just hoping that this inspires the youngsters back home to get out and come to training in the belief that they can get to the stage where we are,” Simbine added.

It seems to be a bit of a trend for South African athletes to come out of nowhere and steal the limelight.

And in stark contrast to the difficult political challenges the country faces, it’s a great relief.

If the powers-that-be ever needed more evidence that this country could be a powerhouse at these events – if only funding was plentiful and management was capable – Monday was it.

In a time when news so often feels overwhelmingly negative, the release that comes from the grand sporting achievements such as that witnessed on Monday is very welcome.