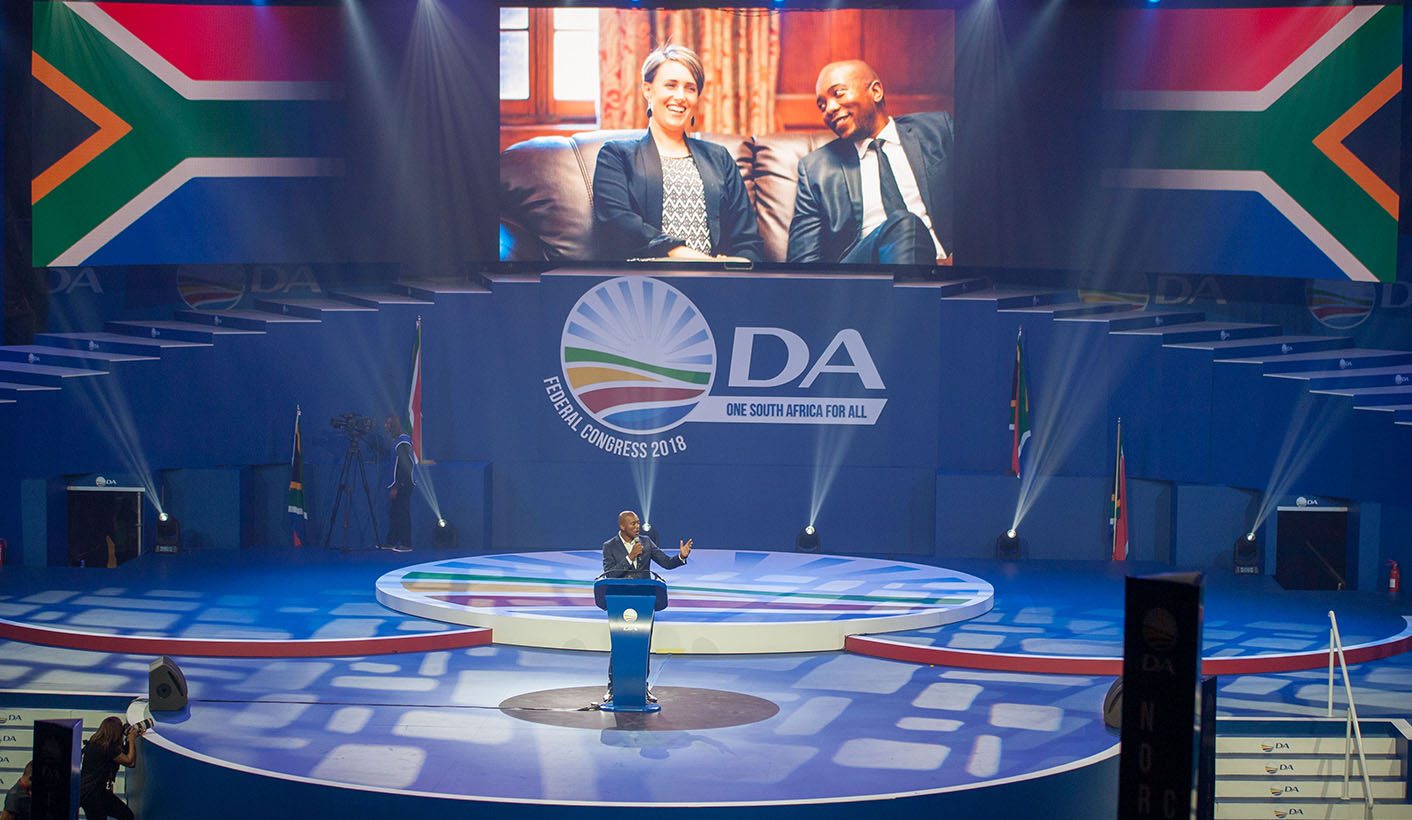 A DA government will introduce legislation to allow job seekers to opt out of the national minimum wage, the party resolved at its federal congress on Saturday. Resolutions on land reform, health and education passed with little debate, but not all delegates supported the ideas to increase employment. By GREG NICOLSON.

Parliament is still finalising the National Minimum Wage Bill and amendments to associated labour legislation. The labour minister said it would not be finalised by its target date of 1 May. It will introduce minimum wages of R20 per hour or R3,464 for all employees except farm and domestic workers.

The resolution, brought by DA MP Michael Bagraim read: “A Job Seekers’ Exemption Certificate (JSEC), valid for two years, be implemented in order to give unemployed people who have been unemployed for 12 months or more, the right to enter into any employment agreements with an employer on any conditions with which they are comfortable.”

The resolution’s backers argued the policy would help tackle long-term unemployment and that allowing workers to take jobs below minimum wage would be better then if they were unemployed. The DA recently said unemployed people have not been sufficiently taken into account in the drafting of NMW legislation.

DA Federal Chairperson Athol Trollip at times struggled to control the crowd as delegates at the Tshwane Events Centre were split. “Colleagues we’re going to have find a way to make this work,” he said.

Delegates rejected details of the party’s proposed policy to introduce a job seekers allowance of R150 per month for unemployed youth and while they supported the principle, they decided not to list the R150 figure.

The allowance, aimed at helping job seekers find work, was passed along with the party’s support for introducing a national civil service for unemployed youth and expanding the Expanded Public Works Programme.

The DA allows journalists to attend discussions on its policy resolutions, which provides a change from the festival atmosphere of the party’s congresses. On Saturday the party discussed jobs, housing and land reform, health and education, moving quickly through the proposed resolutions and amendments raised.

On land reform the party resolved to commit to Section 25 of the Constitution and support private ownership of land, particularly through the delivery of title deeds, and not to allow land reform to be used to divide the country.

On housing the party resolved to provide more options for affordable accommodation other than just RDP housing. A resolution said people should be able to remain on the RDP housing list, or sign up for a R150,000 voucher for people to build their own homes, or choose to live in mixed-income apartment buildings built by the government.

Many delegates weren’t in their seats in the afternoon during discussions on health and education. While the ANC government looks to implementing National Health Insurance, the DA congress resolved to work with healthcare insurance companies to ensure 50% of the population is covered by private healthcare. The DA wants to develop a new funding model to provide healthcare for citizens not covered by private medical aids.

The DA congress continues on Sunday. Delegates will continue to vote on policy resolutions after voting for the party leadership, which will be announced on Sunday afternoon. DM