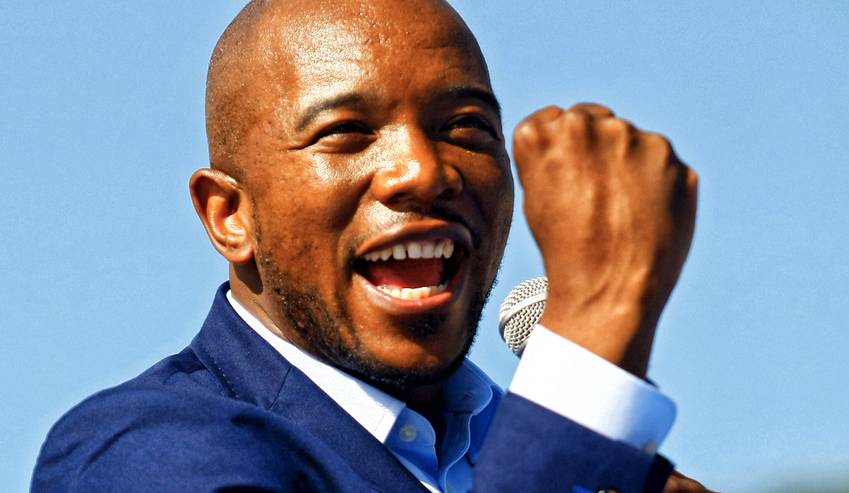 Some big decisions on diversity were taken on the first day of the Democratic Alliance’s federal congress, but a big elephant in the room was how the recommended amendments – the most in the party’s history to date – to the party’s constitution were done. By CARIEN DU PLESSIS.

On Friday, the day before the DA’s federal congress kicked off at the Tshwane Events Centre, the party’s 155-member federal council deliberated for five hours on some controversial constitutional amendments.

The party has grown significantly in the past three years, also in government, throwing up new challenges never conceived of before and necessitating changes to the party’s constitution. One, for instance, is about recalling a problematic president, premier or mayor.

The federal council came up with some compromise positions, too late to be printed in the congress booklets – and much, much too late to be discussed in, say, formal provincial or branch meetings.

In the end, though, it seemed that the positions were mostly pleasing to everyone.

Federal chairperson Athol Trollip told the meeting the federal council way of coming up with compromise proposed amendments was better than having all 2000 congress delegates (the most ever at a DA congress) debate on this, because it “can be really messy”. There is a saying, he said, that when a committee designs a horse it can really end up looking like a camel.

“It’s all about getting our job done,” he said, and “we won’t achieve this by shouting at each other”.

There were a few heated moments in the two hours at the end of the Saturday session – which ran until 7.30pm, 45 minutes over the scheduled time – during which the constitutional amendments were discussed. There are 105 proposed amendments in total, and more than half of these were postponed until Sunday, when an extra hour would be found somewhere in the programme to discuss. The rest would be postponed until the next congress.

An angry councillor from Gauteng got up on stage saying “you cannot come and tell us a decision was made yesterday and we are talking about amendments we have never seen”.

DA KwaZulu-Natal leader Zwakele Mncwango objected: “We cannot be here to rubber-stamp. Allow us to amend.”

The disgruntled delegates had a point. There was about as much time allocated to entertainment – popular Afrikaans singer Kurt Darren even performed – as there was to debate. The 30-second slots allocated to each speaker – arguably just enough to make a point but far too short to debate nuance – were punctuated by the annoying sound of a bell at the end of a boxing round.

How they came up with these amendments – whether they were proposed by structures or by individuals – is also a mystery, one of the delegates said.

Much of the compromises that were made subsequent to the original debate – one of them about diversity, and another about the national management committee, which is set to be discussed on Sunday – were the result of lobbying that happened pretty much in small groups of select individuals. So, there was not much transparency.

Most of the delegates who spoke, agreed with the fact that the amendments about diversity should not open the back door to quotas.

Party leader Mmusi Maimane sponsored an amendment that would see diversity added as the fourth pillar of the party’s Values Charter, along with freedom, fairness and opportunity. It also said the party would “replicate diversity in its own ranks”.

“Replicate” was substituted with “promote and advance” and in another section of the constitution the party also added it rejected “rigid formulae or quotas”.

Most of the amendments discussed so far were passed without too much debate. There was some controversy around what it meant to be a youth, and delegates voted not to raise the ceiling from 31 years old to 35. They also voted to reject the amendment that would see women become automatic members of the DA Women’s Network which, incidentally, got a new leader on Friday in the form of Western Cape health MEC Nomafrench Mbombo.

Towards the end of Saturday’s programme there was considerable upheaval over an amendment about how long someone should be a member before they can take part in decision-making.

The delegation from the Western Cape was especially agitated and loud during the process, and seemed to vote as a block.

There were whispers that delegates were testing the water for the “Patricia” amendment, one of those that was postponed until Sunday (and will probably be the subject of much overnight lobbying). This amendment would enable the party to recall leaders in government should they stray from the party line, lose confidence from the caucus or become unable to perform their functions. There is talk within the party that this was aimed at Cape Town mayor Patricia de Lille, who has survived a vote of no confidence and, so far, the disciplinary process.

Even though she has been suspended from taking part in party activities, a significant number of her lobbyists are at congress – and are angry at the way she was seemingly airbrushed out of the party. The congress booklet, for instance, had pictures of three of the party’s metro mayors, with only hers omitted.

The fireworks at the end of the congress will be nothing compared to the metaphoric fireworks that are expected in this debate. DM