Road to the DA Federal Congress: De Lille fights on while party business continues as usual 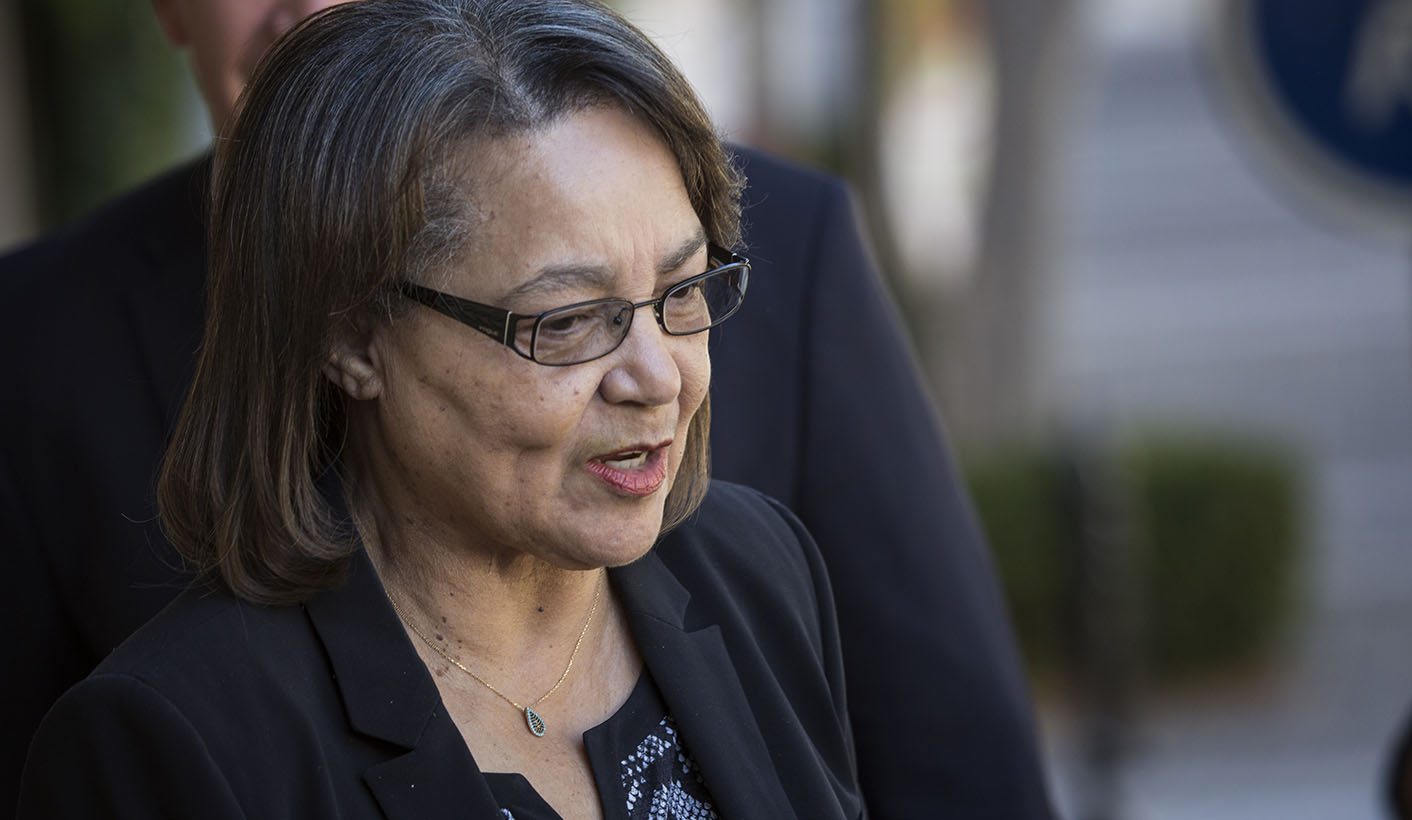 When the Democratic Alliance assembles this weekend in Pretoria to talk about future election victories, its leader from the metro where it’s been governing for 12 years will be absent. Cape Town mayor Patricia de Lille is, however, unlikely to be quiet in her quest to clear her name. By CARIEN DU PLESSIS.

It is been over between the DA (Democratic Alliance) and Patricia de Lille for a over a year now, when she resigned as Western Cape leader, even though the final divorce papers have not been served yet. Seeing that she’s been suspended from taking part in party activities, De Lille confirmed she would not be making the great trek from Cape Town to the Tshwane Events Centre to attend the DA’s federal congress this weekend.

Incidentally, the last DA congress was in 2015 in Port Elizabeth, where, the following year, the party managed to scrape together a ruling coalition after a good show in the local government elections.

Gauteng is next on its to-do list, and the DA hopes to drive the ANC to below 50% in the province in next year’s general elections after support gradually waned to such a low level that the DA is now heading governing coalitions in both Johannesburg and Tshwane metros.

By having its congress in Pretoria, the DA is also, ultimately, aiming for the Union Buildings.

It’s almost a no-brainer that the party would hold on to the Western Cape, where its share of the vote has been growing steadily and the ANC has been weakened due to infighting.

De Lille’s woes, despite her popularity amongst a large section of the voters, are not too big of a deal for the party.

The DA has already lined up two disciplinary processes against her, the first for what it claims was nepotism and the second for not advertising a job for area-based directors properly (she claims she’s not involved in job advertisements), but both hearings have been stalled after De Lille insisted they should be open to the media and the public.

It also seems party bosses are holding out for an amendment to the party’s constitution intended to close the gap between the party being able to select premier and mayoral candidates, and recalling them for not performing their tasks properly, or harming the interests of the party.

An amendment (number 50 in the list) recommended by the party’s constitutional review committee states:

“If the president, a premier, a mayor, or any other member appointed to any position in government fails to implement or contradicts party policy, or conducts him or herself in a way which brings the party into disrepute or harms the interests of the party, or demonstrates his or her lack of competence or incapacity to perform his or her functions, or has lost the confidence of his or her caucus, or any combination of these factors, the Federal Council may, after giving him or her the opportunity to make representations to it, resolve to require him or her to resign from his or her office. Failure by that member to resign will lead to the cessation of his or her membership of the party in terms of section 3.5.1.10.”

Once their membership is up, the leader in question would automatically lose their position.

Party insiders said this amendment was aimed at De Lille as well as Western Cape Premier Helen Zille, who has likewise been difficult to fire after embarrassing the party with a series of tweets on colonialism.

It could also come back to bite anyone who falls out of favour with the party in future.

This week, while other DA members were calling congress delegates to lobby for their preferred candidates to be elected to the party leadership, De Lille issued a lengthy media statement on Thursday aimed at stating her case.

In it she said: “I took the principled decision to deal with (a deluge of allegations) head on in a bid to clear my name. Considering my name has been smeared in public, it must be cleared in public.”

After that she deals with the background, starting with efforts by the party last year to deal with tensions in the Cape Town caucus. She is currently challenging the party’s findings on this, and the high court case is set down for 2 May.

There were also claims that she was not entitled to the security upgrades made at her home – De Lille says she’s innocent.

In mid-February she survived a vote of no confidence with the help of the ANC, dashing the hopes of some in the party that this would deal with their disciplinary dilemma. The disciplinary hearing then went ahead in a rush but stalled on a number of issues, including whether it should be public or in camera. De Lille was also handed a charge sheet for a second hearing, which was then postponed for the same reasons that stalled the first.

De Lille in her statement slammed the DA for running two disciplinary processes against her, saying “the only reason why the party is running multiple processes against me is to harass and financially ruin me”.

The DA has argued that it wants to keep her disciplinary hearings secret to prevent “grandstanding”, but De Lille has significant support in principle for wanting her hearing open, including from media lawyer Dario Milo. She has vowed to take this fight to the courts if need be.

Meanwhile, De Lille has already been airbrushed out of the DA’s congress programme. Four DA-run metros are featured in a section “Where we govern” (the DA claims it’s now directly in charge of 16-million people), but the Cape Town metro is the only one without a picture of its mayor, and without a featured quote by a resident praising the mayor by name.

For Cape Town, featured last, a generic picture of DA activists is used, and the quote praises the DA as a party.

From her side, however, De Lille is likely to hang on until she feels she’s had a fair hearing. Only then, is the 67-year-old likely to consider retirement – or maybe yet another political home. DM