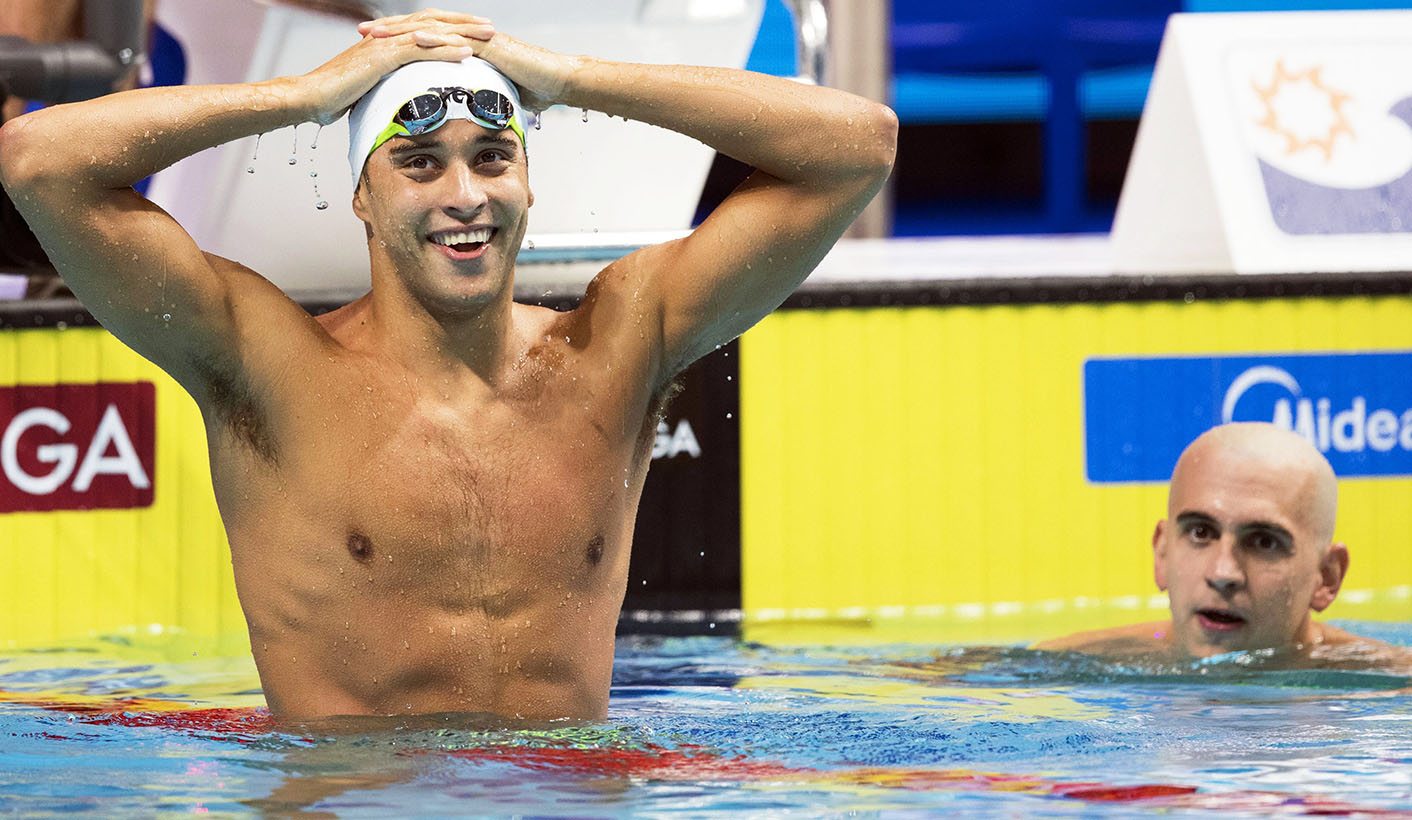 Team South Africa added a few more medals to their 2018 Commonwealth Games tally, with Chad le Clos shining in the pool. There could be more to come on Saturday – and it’s all at a completely reasonable time. By ANTOINETTE MULLER.

Team South Africa added another gold to the medal tally with Chad le Clos cruising to victory in the 50m butterfly on Friday.

Mr Unbelievable could not repeat his magic in the 200m freestyle, though, finishing in seventh place in that event.

Le Clos was in the pool again, mere minutes after his 50m fly race and, despite starting off quickly, the swimmer tired towards the halfway mark and could not repeat the surprise feat that saw him earn silver in the 200m freestyle event at the 2016 Rio Olympic Games.

But while Team SA isn’t quite raking in the gold just yet, they are setting plenty of national and continental records – a trend that’s likely to continue throughout the Games.

If you missed any of the action on Friday, scroll down for a comprehensive recap. If you just want to plan your weekend’s viewing, this is what you need to know about Saturday’s action.

The men’s 15km scratch race qualifiers are on Saturday with three South Africans in action across two heats. Nolan Hoffman sets off at 7:21 with Joshua van Wyk and David Maree following an hour later. Should any of them progress to the final, you can watch them at 13:47.

Schoeman and team mates Richard Murray, Gillian Sanders and Simone Ackermann come together for the mixed relay beginning at 4:01.

Both the men and women are in action with the men taking on Australia at 8:30 and the women playing Malaysia at 11:30.

The Proteas will look to bounce back from their defeat against Jamaica when they take on Northern Ireland at 7:02.

Action all round in both the morning and evening session – with a chance of a few medals later in the day.

Mona Pretorius will compete in the women’s 63kg class from 6:00.

Naveen Daries will be in action in the artistic finals at 8:41.

Aside from Le Clos and Coetzee’s efforts, several other swimmers were also in action. Cameron van der Burgh was the most impressive of the lot and will get his first shot at a medal on Saturday.

Tatyana Schoenmaker finished fourth in the women’s 50m breaststroke final and while she missed out on a medal, she clocked 30.82 to break Penny Heyns’ African record.

Siyabulela Mphongoshi lost his last 16 encounter against Sri Lanka’s Thikwanka Ranasinghe. He went down 4-0 on points and had one point deducted by Canadian referee, Frank Fiacco. Of the five judges only one thought the Port Elizabeth based fighter deserved a draw.

South Africa were beaten 57-46 by Jamaica in their Pool A clash. The Proteas had a 15-10 lead by the end of the first quarter. The lead was exchanged a few times and South Africa had a slender 38-37 lead heading into the final 15 minutes. But Jamaica strong finish in the final quarter saw South Africa swept aside.

Charlene du Preez set a new South African record of 3:45.764sec in the 3000m individual pursuit, finishing 18th out of 22 competitors. But none of the women progressed to the finals.

In the men’s 4,000m individual pursuit, Steven van Heerden also set a South African best of 4:32.921sec, but, like the women, no one progressed to the finals.

In the women’s artistic qualification Team South Africa’s pair of Claudia Cummins and Naveen Daries ended first and second respectively out of a field of 10, qualifying them for the finals.

However, Cummins suffered a terrible injury, taking a tumble during her performance. She ruptured her ACL ligament and has a torn meniscus which will need surgery back home.

For a full list of results on day two of the Commonwealth Games, see: teamsa.co.za. DM