Theatre Review: West Side Story – sensational a second time around 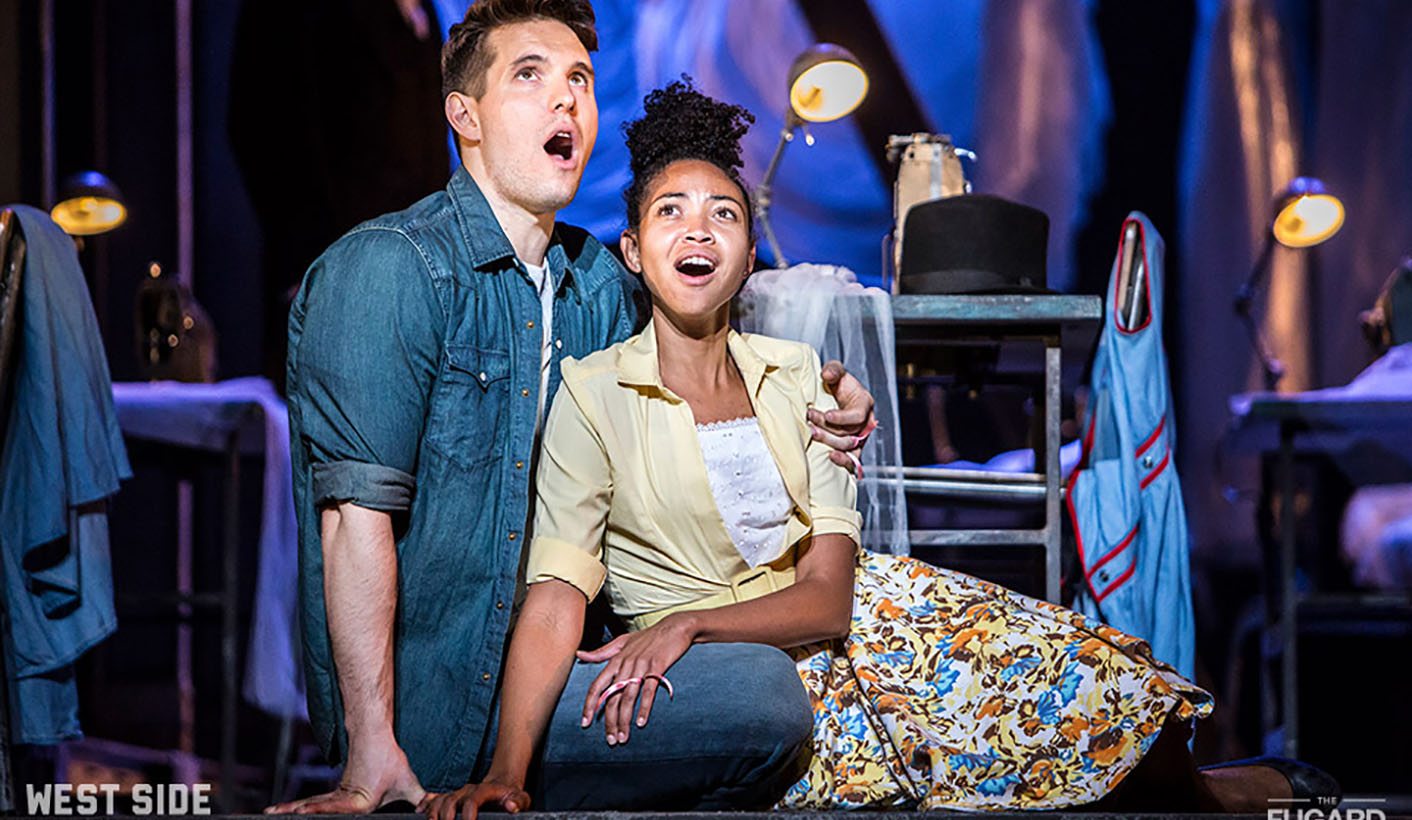 In this mad and fast-moving world appetites change constantly, attention spans narrow and it is easy to dismiss things as old or tired. That said, this fabulous pairing of a sensational Maria and a reliable and gorgeous Tony in a grand-scale production of West Side Story is anything but. By SIOBHAN CASSIDY.

Lynelle Kenned as Maria is out of this world. Hers is an absolutely sensational voice that seems to soar ever higher and higher. Even when the whole cast of 40 is singing their hearts out her crystal clear soprano is unmistakable. US-born actor Kevin Hack as Tony, in a role he has performed almost 400 times, provides a powerful balance to her brilliance.

These two alone make the trip to Artscape worth it and you might even get tickets now that the run has been extended to 22 April. But don’t muck about: it must end then.

This production of the classic inspired by Romeo and Juliet and set in New York in the 50s, by Eric Abraham and the Fugard Theatre, blew us away in the winter of 2015.  It is back at Artscape for one final season in South Africa “due to overwhelming demand”. Well, that is what they say (and judging by the full house and standing ovation they might just be telling the truth).

The story is so well-known and borders on the cheesy but an unforgettable score that marries stirring music by Leonard Bernstein and lyrics by Stephen Sondheim (Something’s Coming, Maria, I Feel Pretty, Tonight, to name a few) blows any cynicism away.

Go on, take your kids, take your mom and dad, take the bridge club or your drinking buddies. There really is something for everyone in this very impressive production with a few absolutely stand-out performances.

Matthew Wild is director, Charl-Johan Lingenfelder is musical director and conductor, and Louisa Talbot is the choreographer, with Grant van Ster as resident choreographer.

Last time it was the set that stole my heart …

I managed to secure some of the last seats at the Artscape Opera House for West Side Story. The balcony was all that was left. I was only a little disappointed, knowing that a seat upstairs gives such a great view of the group pieces, in this case two gangs of hot young dancers play-fighting with choreography by Louisa Talbot under the direction of Matthew Wild. What’s not to like?

Being a little way back also helps me not fall in love with one performer and follow them around the stage to the detriment of the others, in this case, so many others in a large and talented cast of 40.

Seamless mood changes are achieved by deft set changes between cavernous, clunky, concrete landscapes and intimate love scenes on a balcony or in the sewing factory where Maria works.

About my special little stage crush for the night, I will admit to being a bit mechanical here. Lead contenders had to be Maria (Lynelle Kenned), so sweet and winsome until she opened her mouth and filled the auditorium with soaring vocals, and the sexy Anita (Bianca le Grange), who is Bernardo’s girlfriend.

Le Grange, a South African sweetheart of an order I have heard compared with the way America adored Natalie Wood, who played Maria in the original film version of West Side Story, is one of those performers who doesn’t need a spotlight, her performance is already illuminated by her own fiery red circle of hotness.

But this time the crush award went to… (add drumroll here please)… the stage itself: the mechanics of a three-story set being moved seamlessly on and off stage; the lighting – sometimes knock-out sparkly, other times delightfully subtle; the stage that seemed to go on forever. (I really did lean over the balcony to check if they had fitted in more than a few rows of seats downstairs.) DM

This review was first published on www.CallOffTheSearch.com