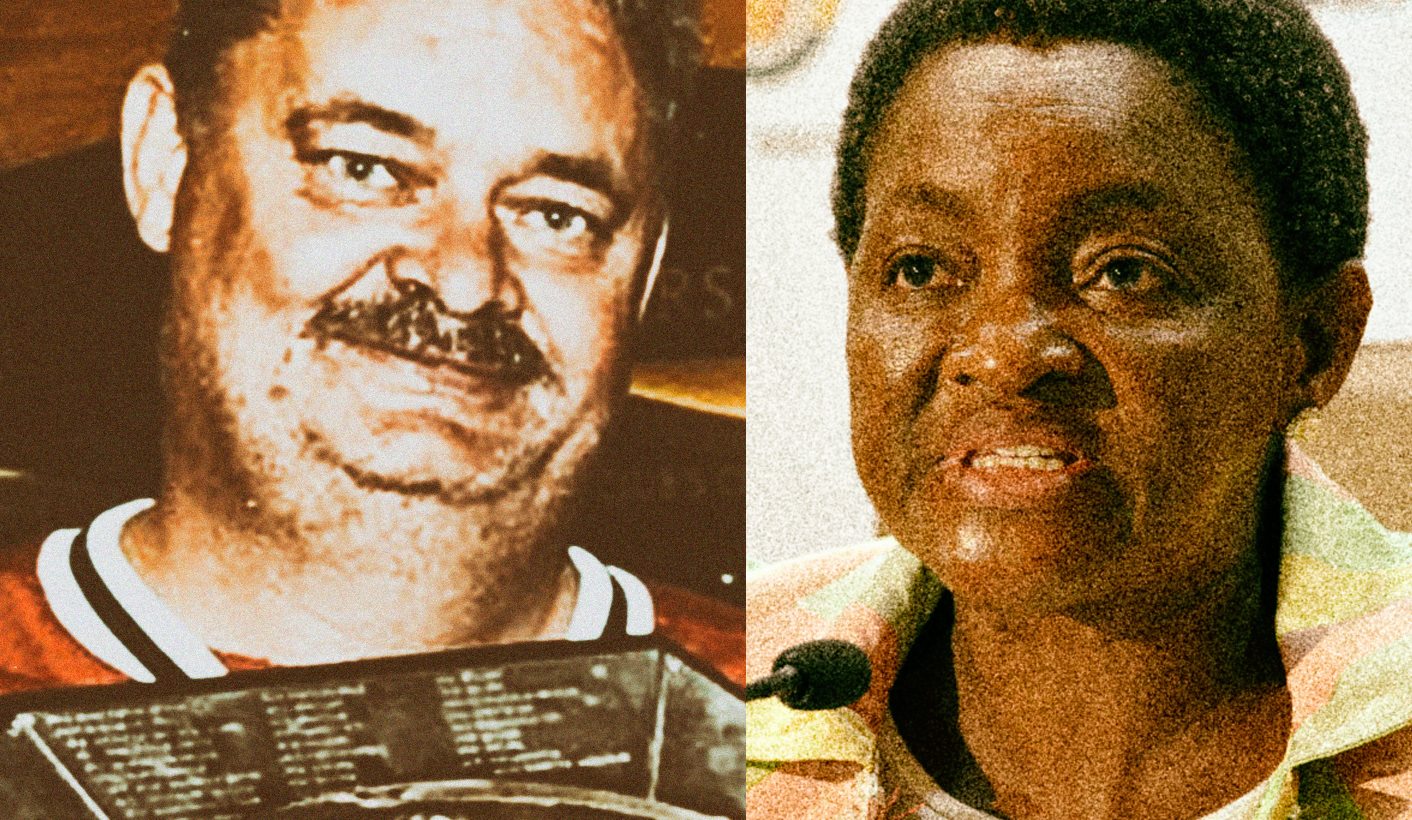 Late on Wednesday night, Keith Keating, director of Forensic Data Analysts, the man who apparently holds the keys to the entire SAPS IT infrastructure, threatened to plunge the country's criminal justice system into chaos. We have been here before. Bathabile Dlamini and Sassa and the agency's desperate attempt, at all costs, to hold on to CPS as a sole supplier to distribute 17-million social grants worth R10-billion a month, has twice placed the country in the same precarious and dangerous position. This is terrorism as a new business model.

Outsourcing government functions worth billions of rand to private entities and companies should come with a severe and strenuous set of checks, balances and oversight responsibilities. These requirements exist, of course, in laws aimed at protecting the state and ensuring that we, the people, get value for money and that we are not fleeced by the corrupt and the venal.

State Capture during President Jacob Zuma’s term of office has cost South Africa an estimated, and stratospheric, R100-billion as it spread to almost every corner of government – national, provincial and local, as well as threatened the very existence of SoEs.

None of this could have happened without the treasonous collusion, at the highest level, of government employees and officials who who have aided and abetted private business interests to extract obscene amounts of money from the public purse, extracting their cut on the the side.

So far, no one has been able to explain how Keith Keating, a former warrant officer in the SAPS, was able, through his company FDA, to become the sole supplier of “mission critical” services and supplies to the South African police. For years on end he scored contracts which rolled over and over and ran into hundreds of millions of rand.

What we do know is that Keating is the focus of two massive investigations, one by IPID and another by Bowmans, which is probing R6.1-billion worth of contracts involving FDA and other related suppliers to SITA and SAPS.

What we also know is that Keating has been implicated in the corruption of former acting National Police Commissioner, Khomotso Phalane.

This modus operandi, of guaranteeing a sole supplier continual access to state resources, is also evident in the costly relationship between Sassa and Net1 subsidiary CPS.

This is a controversial and highly problematic relationship which, under the leadership of Bathabile Dlamini, has twice almost brought the country to the brink of chaos, jeopardising the fragile lives of 17-million social grant recipients and the security of the entire country.

In both cases – FDA and CPS – South Africa has been held to ransom. In the CPS matter Sassa and Dlamini – because of their incompetence and deliberate delays – forced the Constitutional Court to extend the unlawful contract with the US-listed Net1. TWICE.

The profits for Net1 have been handsome indeed. Sassa even gifted CPS a further R316-million – which the company has now been ordered by the court to repay – over and above the original tender.

Just how much profit Net1 made from its relationship with Sassa has been disputed. While Net CEO Herman Kotze claimed that the company’s original tender had estimated it would make a profit of R1.1-billion it had only made R700-million.

However, an independent report from the Alternative Information and Development Centre and commissioned by lobby group the Black Sash and the Centre for Applied Legal Studies, suggests otherwise.

“CPS’s financial statement submitted to the Constitutional Court, audited by KPMG, has not provided enough information to determine how much the company benefited from its unlawful contract with Sassa,” the AIDC found.

The company’s financial statements, said AIDC, appeared to underestimate the pre-tax profits of CPS from the unlawful contract by between R214.2-million and R614.4-million.

“The figures in the statement do not match the revenue from social grant distribution in South Africa outlined in Annual Reports from Net1 (its parent company) to its shareholders. The figures also include a BEE transaction for R117.1-million and cash bonuses for senior managers related to the contract of R41.8-million that should not be defined as CPS’ expenses.”

The BEE transaction, an amaBhungane investigation found, was bogus and used by Net1/CPS to secure the tender.

Then NET1 CEO, Serge Belamant, later “dumped” these BEE partners to sign off and pay businessman Brian Mosehla, a close friend of Minister Dlamini. Mosehla made R83-million cash in the deal.

While Keath Keating maintains that all his tenders and contracts with SITA and SAPS are lawful and binding, it is a fact that he has grown fabulously wealthy off the deals. One of FDA’s directors is Vhonani Mufamadi, brother of former Minister of Police Sydney Mufamadi.

Keating has been implicated in an extensive IPID investigation into charges of corruption, fraud and money laundering involving former acting National Commissioner Khomotso Phahlane, once head of the SAPS forensic division (FDA supplies forensic and other equipment).

And now that these evergreen and lucrative contracts are being investigated and are under threat, Keating has turned on the country, threatening to switch off the IT systems that keep the criminal justice system humming.

Midnight on Wednesday came and went. There were no reports of any systems crashing. Maybe Keating didn’t flip the switch, maybe he did and it didn’t matter.

Point is, no one individual should have the power to threaten the security of the Republic in this fashion. That he has done so, that he has undermined the state this way, should outrage us.

This method of doing business through terrorism in South Africa is a direct and present threat to our democracy and freedom. It should not be allowed. We cannot be held hostage by business and corrupt politicians and officials. South Africa’s security and justice apparatus must urgently, and decisively act against this newly designed act of terror. DM