Op-Ed: Home Affairs, the Rule of Law and all that jazz 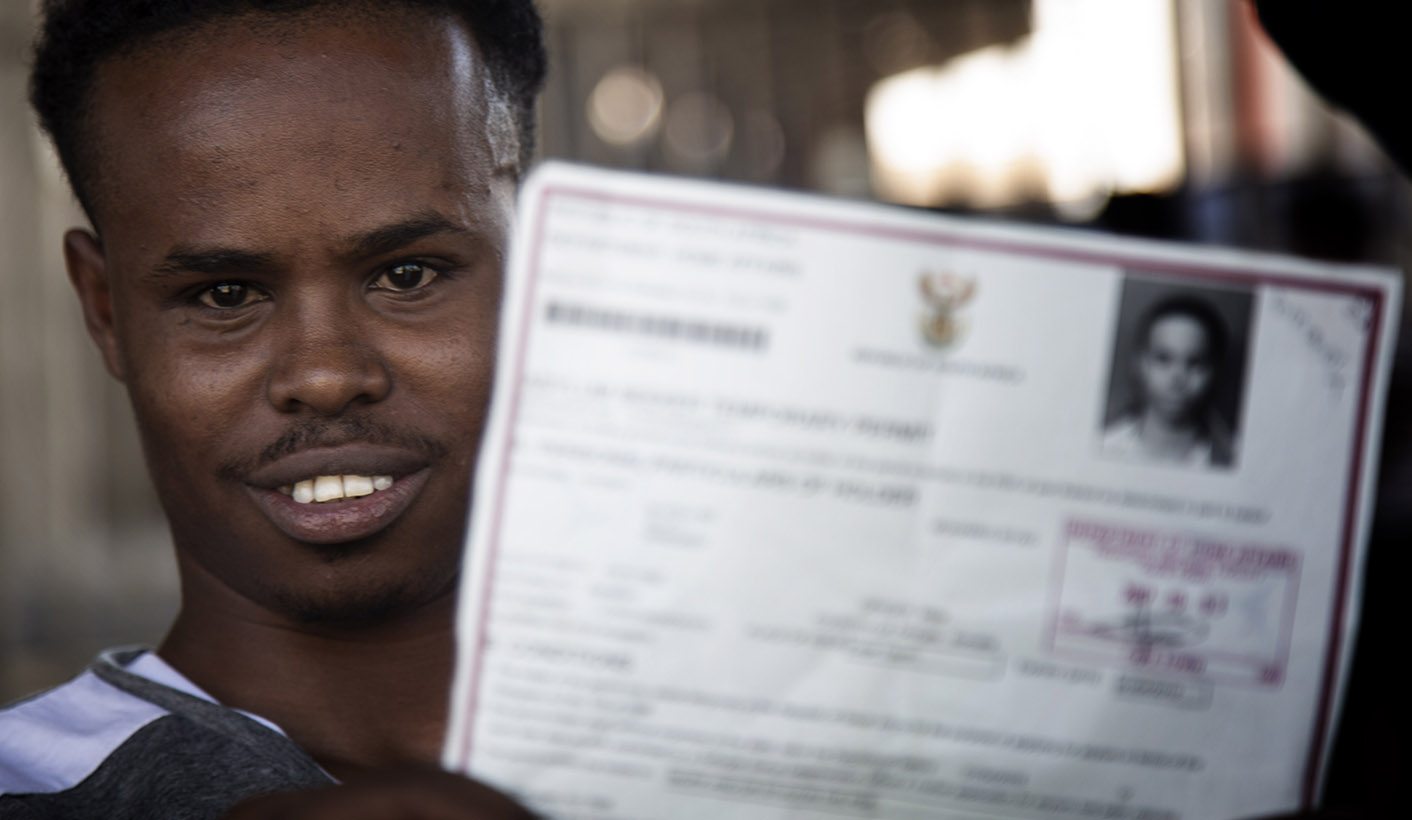 The Department of Home Affairs has missed its court-ordered deadline to re-open the Cape Town Refugee Reception Office, but civil society has vowed to ensure that the fight to reopen the centre will continue. By MARLISE RICHTER.

A line of asylum-seekers stand under the Nelson Mandela Boulevard bridge every day on the Foreshore in Cape Town – a queue, I believe, partly manufactured by the Department of Home Affairs to make South Africans believe that we are inundated by “a deluge” of cross-border migrants.

We are certainly not inundated – surveys have found that only between 2.8% to 5.8% of the South African population are “foreign-born”.

The people in this queue are waiting, and desperately hoping, to be allowed through the entrance and to be swallowed by dark and dank Customs House, and thus to be one step closer to having their Section 22 permits renewed.

These “papers” would allow them to survive in South African society legally. A simple queue management system (among other things) would make a world of difference to those who stand day-in and day-out in the dust of the pavement, amid the exhaust fumes that sift down from the highway leading to the bright lights and polish of the Waterfront. This queue stands painfully exposed to glowering South African eyes that whizz past in cars to their next urgent appointment.

Two weeks ago, I was part of a small delegation of representatives from human rights organisations and migrant groups who tried to meet with the Director of the Refugee Reception Office in Customs House. We barely made it past the first gate, despite our best efforts to secure a meeting. The question we wanted to ask was a simple one: was the staff poised and ready to operate a fully functional Cape Town Refugee Reception Office by 31 March? It was just a little bit more than a week away and the clock was ticking.

This question would come as no surprise to the office’s director; Home Affairs has been instructed in no uncertain terms by the courts to be ready by this date.  The last ruling was in September 2017 by the Supreme Court of Appeal, and Home Affairs’ petition to the Constitutional Court to appeal this decision was turned down. Part of the court order states that Home Affairs was also obliged to provide regular progress reports on how their preparations were coming along in opening a fully functional Cape Town Refugee Reception Office. Not a single page of such a report had emerged from their offices.

One of my colleagues was eventually allowed into the building to see the director, but didn’t come back with joyful news. The director refused to answer any of her questions and referred her to someone else.

I sneakily managed to enter the building under the pretext of needing to use the toilets (the porter loos that were previously located outside the building had long since been removed).

I peered out from the dusty windows of the bathroom to see the long queue of people a few floors down, waiting patiently. Barely moving. Just across the road at the Cape Town International Convention Centre, busy trucks, energetic project managers and frenzied workers were putting the last touches to the stages and classy tents of the Cape Town Jazz Festival. The juxtaposition of glitzy glamour and dusty squalour couldn’t be more striking than in this distinctively South African scene.

I caught the eye of a mom from the Congo in the bathroom changing her nine-month-old baby’s nappy on the bathroom floor (no nappy-changing facilities to be seen. No toilet paper. No dustbins). She had been in the queue since 15:00 the day before and had slept under the bridge with 36 others. She smiled at me – she was one of the 20 lucky ones who had made it into the building today. Seventeen unlucky ones had been turned away, only to have to replay the same scenario the following week.

The mom and I parted ways at the bathroom door with a nod. She threw the dirty nappy in an overflowing dustbin in the passage and cheerfully rejoined the lucky queue inside the offices. I turned to meet up with my colleagues outside talking to the people in the unlucky queue.

Newcomers to South Africa seeking asylum and who live in Cape Town must go to the Musina, Pretoria or Durban Refugee Reception Offices to apply for a permit. Bizarrely, they are not assisted in this half-functioning Refugee Reception Office on the Foreshore. Many of the same asylum-seekers have to travel from Cape Town to these far-flung places every couple of months to renew their permits.

The court order is clear that Home Affairs was to fundamentally change this situation by the end of March. They had failed again, as they had done previously: they disgracefully ignored the Supreme Court of Appeal’s order to reopen a Refugee Reception Office in Port Elizabeth by a 1 June 2015 deadline. That office is still not open.

Civil society has vowed that home affairs will not get away with the same shenanigans in Cape Town.

We launched a silent protest at Parliament’s Portfolio Committee on Home Affairs, and an #OpentheRRO social media campaign aimed at reminding the department and Minister of Home Affairs, Malusi Gigaba, daily of how much time was left before their ‘DayZero’ at the end of March. On 28 March, the department agreed to meet with us, and representatives arrive.

We were informed that the Cape Town Refugee Reception Office will not be fully operational as it was up to the Department of Public Works to secure premises for Home Affairs.

The audacity of Home Affairs to seemingly pass the buck to Public Works, and defy the rule of law, is dazzling. Come the beginning of April, and the fully functional Cape Town Refugee Reception Office is nowhere to be seen.

We are steely determined to further our important advocacy plans to push Home Affairs to respect the rule of law, and their constitutional obligations. DM

Photo: Asylum seeker Mohamed Siyad, from Somalia, holds up his papers while he waits outside the Home Affairs office in Cape Town. 4 April 2018. Photo: Leila Dougan