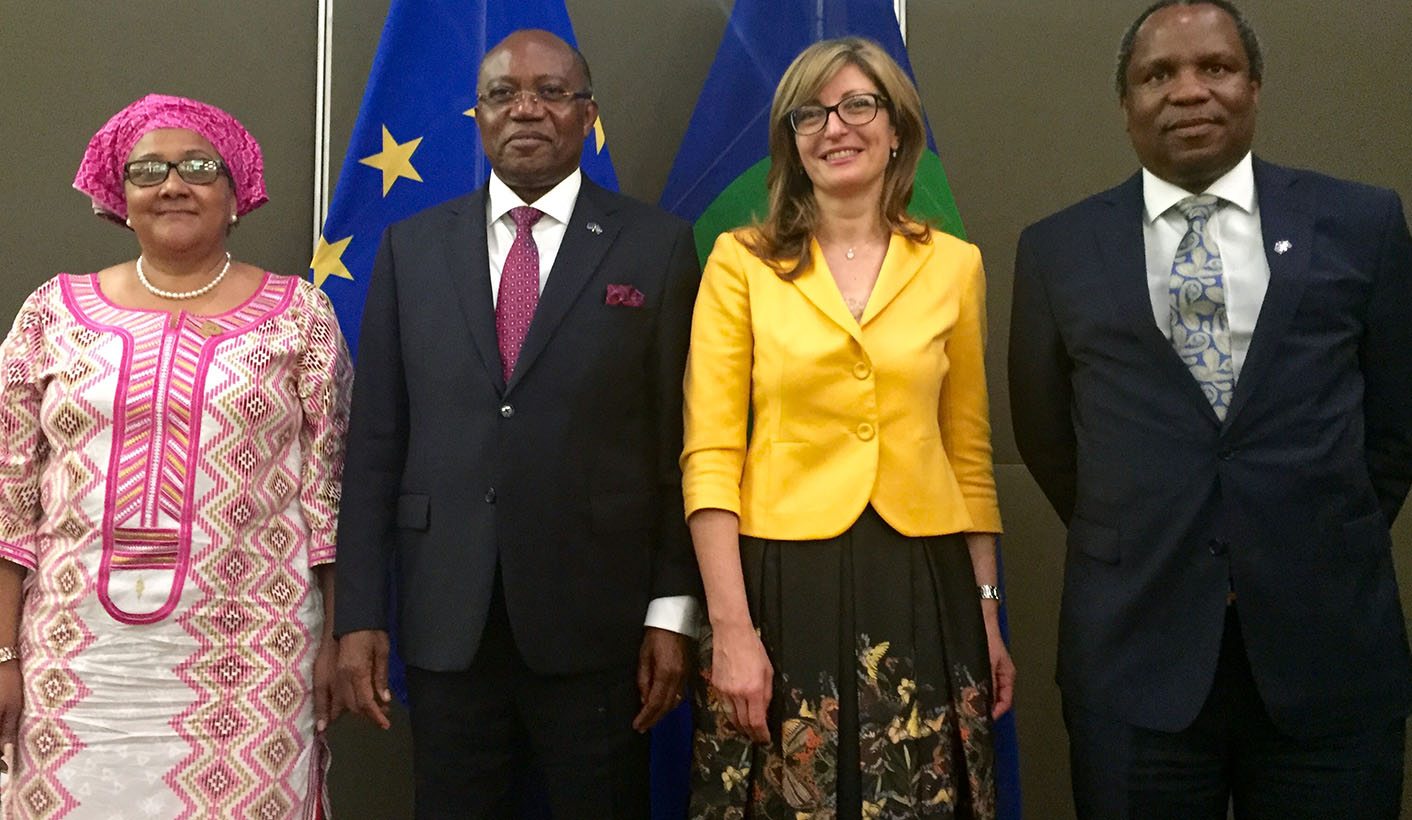 Angolan Foreign Minister Manuel Augusto says Kinshasa must not use lack of funding as an excuse to further delay this year’s elections. By PETER FABRICIUS.

The Angolan government has cautioned Democratic Republic of Congo (DRC) not to use a lack of funding as an excuse for further delay in the holding of presidential and parliamentary elections now due to be held on December 23.

Angolan foreign minister Manuel Augusto in an interview with Daily Maverick in Pretoria on March 28 expressed the views of the Southern African region as a new poll showed that 69% of Congolese people do not trust the country’s electoral authority to organise free and fair elections and 80% disapprove of President Joseph Kabila.

The poll by the Bureau d’Études, de Recherches, et de Consulting International (BERCI) and the Congo Research Group (CRG) at New York University also found that 74% of Congolese believe that Kabila should step down before the elections are held and 69% believe he should now declare explicitly that he will not be a candidate in this year’s elections.

The constitution limits Kabila to two terms as president and his second term expired at the end of 2016 but he remained in power, citing the fact that the voters roll was out of date. The electoral authority CENI announced late last year that elections would now be held on December 23 this year but Kabila has still not announced that he will not run again in those elections.

Last week in Pretoria the Southern African Development Community (SADC) and the European Union (EU) discussed the DRC elections during their regular consultations.  The head of the EU delegation, Bulgarian deputy prime minister and foreign affairs minister Ekaterina Zaharieva said the EU had not taken a decision to finance the DRC elections.

The EU had previously set a list of conditions for doing so, including that the DRC government should uphold freedom of assembly and of peaceful protest; respect human rights; stop harassing the opposition, civil society and the media; free political prisoners, the end unjustified prosecutions (of opposition leaders); to uphold freedom of the press and to reopen media which have been closed.

Augusto, who was co-chairing the meeting with the EU as current chair of SADC’s security organ,  interjected that it was  important to note that the DRC authorities themselves had made clear  that the country was prepared to fund its own elections.

“Any help is welcome, but the elections, according to the Congolese authorities, are not depending on any external financial aid. This is important. So that will not be a constraint and we hope that will not be a pretext to derail the process.”

The BERCI-CRG opinion poll, conducted in January and February this year, found that the politician most likely to win the presidential elections was opposition leader Moise Katumbi, with 24% of the vote. Katumbi is however living in exile because of legal charges – which most observers believe are trumped up – brought against him by the government of employing a mercenary.

The poll found that only 17% of respondents said they would vote for a presidential candidate of the ruling coalition while a total of 66% would vote for one or other of the opposition candidates.

But as the poll report points out, there will be no second round of voting so no opportunity for the opposition forces to rally behind a single candidate if Kabila’s chosen successor wins the first round with less than a majority of votes.

Angolan foreign minister Augusto and Bulgarian minister Zaharieva were asked in the interview whether the EU and SADC were telling Kabila he should announce he will not run again.

Augusto responded by deploring what he called a tendency to personalise the elections and the demand for Kabila to announce that he would not run again.

Augusto added that the international community should be supporting the electoral process “and not creating more problems” as everyone agreed the process was going well.

“There are some matters of concern that have been addressed regarding the political prisoners, regarding the freedom of the press… But this is a normal process. So let’s put the elections as a process and not as a fight between two or three people.”

Zaharieva said the EU agreed the electoral process was ongoing “ but still the process is fragile and that’s why we should keep the momentum and support the momentum”.

“And what is important for the European Union is respect for their own constitution. If the constitution says it’s two mandates and it’s not possible to become president for third mandate, you should just quit and give the way to the other politicians.”

On Zimbabwe Zaharieva said the EU had renewed its targeted sanctions against members of the ruling Zanu-PF in January but would re-assess whether to lift them after the elections due mid-year.

It would take into account whether or not there had been clear rules for the elections and a clear choice given to citizens and whether or the government had delivered on the reforms it had promised, including respect for human rights and creating institutions in the fight against corruption and organised crime.

Zaharieva said an EU assessment mission had just returned from Zimbabwe and would report to Brussels on whether or not it should send an election observation mission to the country.

Augusto said the international community should “support the Zimbabwean people for this important exercise.

“And what the current authorities and the future authorities that will come from the elections need is the full support of the international community in order to recover the time lost.”

Augusto added that SADC required the Zimbabwean people and the voters to observe the normal standards, especially the SADC standards for elections. “We have a code for elections and they must observe it. Also there are international standards which are acceptable.

“And for what we know is the authorities in Zimbabwe are very much committed to organise the elections in such a way that there will not be any protests for not recognising these as free and fair.” DM