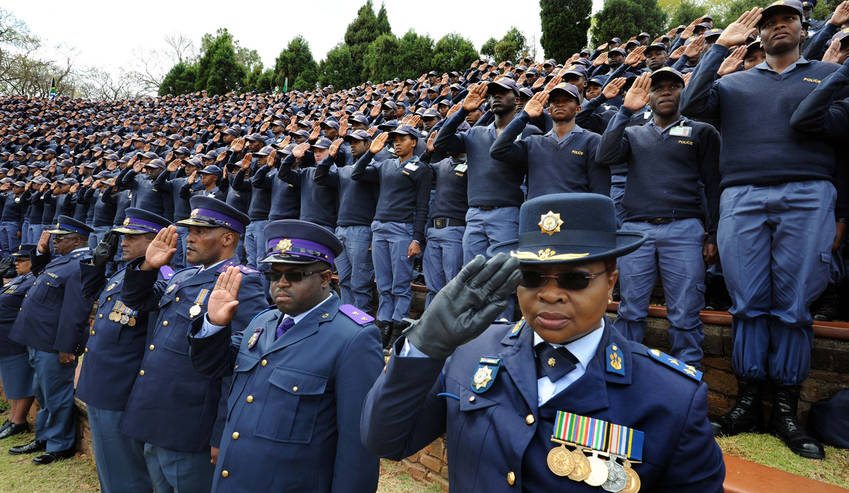 No sooner had news leaked that Minister of Police Bheki Cele and National Police Commissioner Khela Sithole were about to announce that former Western Cape Crime Intelligence boss Major General Peter Jacobs has been pipped to lead the deeply divided and crime-ridden division, than one of his rivals, Major-General Mzwandile Tiyo, complained he had been asked by Sithole to squash charges pending against Jacobs. By MARIANNE THAMM.

In June 2016, two senior officers in the Western Cape suddenly found themselves demoted and shafted. The demotions, which were later ruled illegal in the labour court, came soon after Western Cape Provincial head of Crime Intelligence, Major-General Peter Jacobs and Major-General Jeremy Veary, then provincial commissioner for detective services embarked on several high-profile investigations into corrupt CI officers and politicians.

Jacobs was replaced by Major-General Mzwandile Tiyo and Veary by Major-General Patrick Mbotho. The appointments were challenged by POPCRU in the Labour court where it emerged that Tiyo not only did not have a matric certificate but also had not been given security clearance for the highly sensitive position.

Mbotho, who has since been “transferred” after he allegedly mistakenly posted a pornographic video to an official SAPS WhatsApp group, was also named in a recent bail hearing of an alleged Cape Town underworld kingpin, Nafiz Modack.

But exactly who is Peter Jacobs?

Jacobs along with Umkhonto we Sizwe commander Ashley Forbes and 14 others including Veary, Leon Scott, Nazeem Lowe, Niclo Pedro and Wally Rhoode were detained at Pollsmoor Prison in 1987 on “terrorism” charges.

Case SS61/88 or The State vs Ashley Forbes and 14 others took place in the Cape Town Supreme Court as it was then known in 1988. Six of the accused, Forbes, Jacobs, Nicklo Pedro, Anwar Dramat, Nazeem Lowe and Clement Baadjies were convicted on charges of MK activities and received sentences of between 10 and 15 years.

In his monumental definitive history “Umkhonto We Sizwe – The ANC’s Armed Struggle” Thula Simpson, describes the day Jacobs was arrested by security police in 1987.

“While addressing Sergeant McQueen, Sergeant Roman and Warrant Officer Edward Stoffels on 16 May, Captain Willem Liebenberg produces a photo of Pieter [Peter] Jacobs. He says they are pursuing this suspect who is active in terrorist activity, and that he will be at Klipfontein Road in Athlone. McQueen, Roman and Stoffels depart from the meeting and proceed to Athlone with the photo in their possession.

“Later that day in a passage running alongside Klipfontein Road, Stoffels sits reading a newspaper (he actually has a photo of Jacobs inside the paper), when a woman gives him a signal indicating that Pieter Jacobs is across the road. Jacobs is indeed sitting there, also reading a newspaper.

“Stoffels gives Roman and McQueen a nod. At 9.57am, the three policeman walk up to Jacobs who denies he is Pieter Jacobs when asked – he claims he is ‘David Samuels’. He is arrested all the same and taken to Mannenberg Police Station. There he is handed over to Warrant Officer Johannes Nel.

“Lieutenant Liebenberg and Warrant Officer Nel and Jeffrey Benzien proceed to Dunster Road in Athlone later that day as part of a police team of six or seven men. Pieter Jacobs is accompanying them. When they reach the house number 4, they head to a free-standing garage situated on the property. It is about 2.15 pm.

“The policemen take up position by the front door Liebenberg hold Jacobs in front of him. Benzien is directly behind him, armed with a 8mm Beretta sidearm s well as a Beretta shotgun Liebenberg also has a key in his possession, and uses it to unlock the door, which opens outwards. When entering he holds Jacobs half in front of him.

Liebenberg then looks to the left and says ‘Hello Ashley’. Benzien enters next and points his gun leftwards. There are two beds parallel to each other. Ashely Forbes is on the one to the left, nearest the windows. His toes are sticking out of the bed. Liebenberg warns him not to make any sudden movements.”

Warrant Officer Jeffrey Benzien, a notorious security policeman later set, out in an application for amnesty to the Truth and Reconciliation Commission how he had tortured Jacobs after his arrest.

The application reads; “Benzien admitted that after Jacobs was brought to Culemborg he was handcuffed and then questioned about the whereabouts of Ashley Forbes. Benzien said that Jacobs was evasive in his answers and appeared to be playing for time.

“He was then subjected to torture by the ‘wet bag’ method. He was also subjected to electric shock treatment and in this he was assisted by John Kotze. Benzien said that he could not remember to which part of the body electric shock was administered and it was only when he was reminded by Jacobs, that it was his rectum and in his ear that Benzien conceded that it could be so.

“Benzien admitted that the interrogation and torture of Jacobs commenced shortly after nine o’clock in the morning and continued until after 2 p.m. after which time the wet bag was used on him on several occasions. Benzien conceded that Jacobs was subjected to cruel treatment for a long period of time. He said that he would have used any means at his disposal to get Jacobs to reveal where his compatriot was hiding and at one state whilst Jacobs was being suffocated by the wet bag, Benzien admitted saying to him: ‘Peter, I will take you to the verge of death as many times as I want to, but here you are going to talk, and if it means that you will die, that is okay.’

An official announcement is expected later on Thursday. DM