SassaGate: Net1 to challenge order to repay R317m – but can CPS afford it at all? 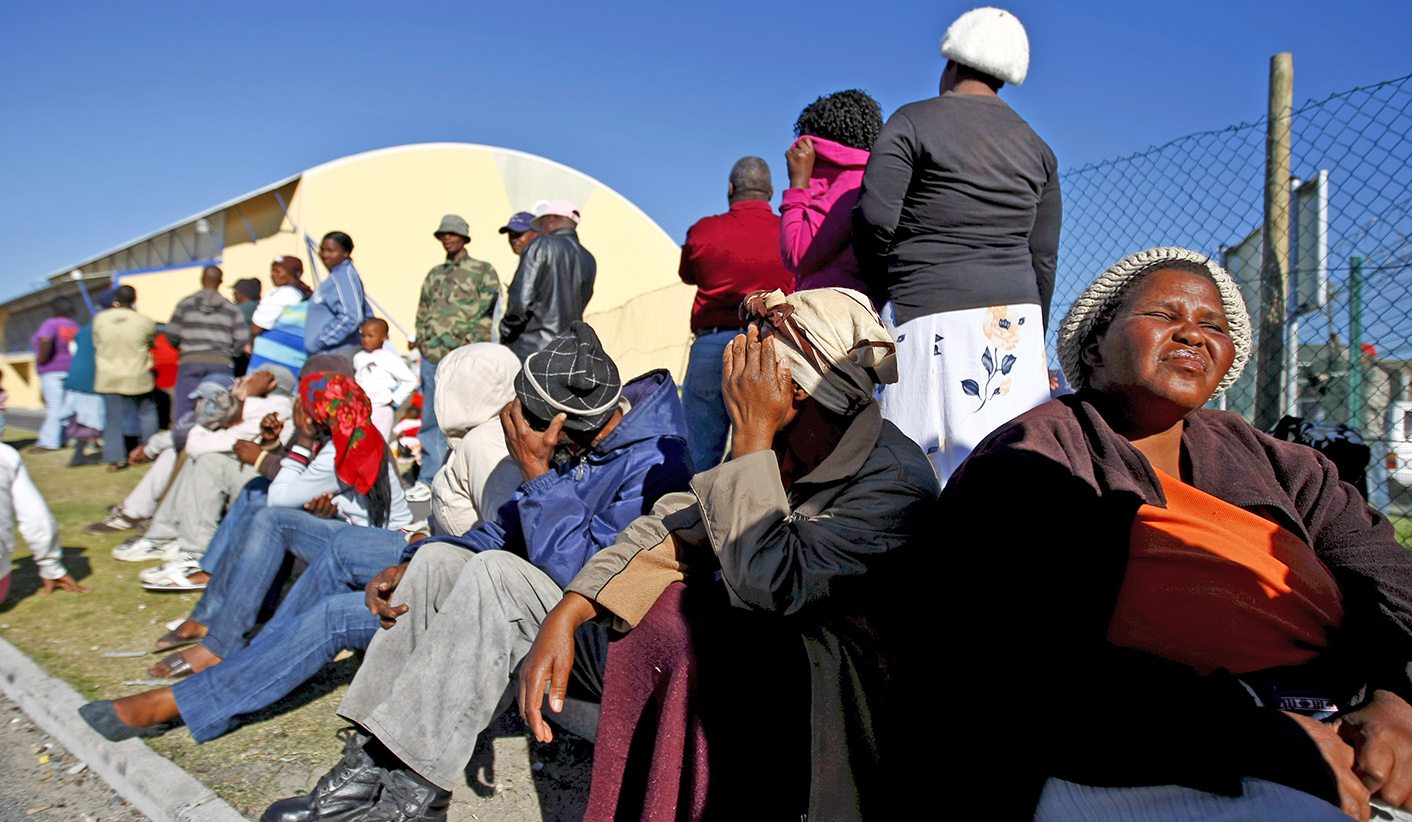 No sooner had judgment been handed down in the matter brought by Corruption Watch for Net1 UEPS Technologies Inc to refund R317-million which Sassa had unlawfully paid to CPS to register “additional” biometrics from grant recipients, than Net1 announced it was appealing the judgment. The case could now drag on and on, Stalingrad Strategy-style. And considering CPS’s only income is the payment of social grants, the question is how will it repay Treasury when the current extended contract to pay social grants comes to an end, six months from now? By MARIANNE THAMM.

So here’s the thing.

In August 2017, during Net1 CEO Herman Kotze’s first presentation to analysts after succeeding Serge Belamant, Kotze highlighted the extent to which the Nasdaq-listed Net1 UEPS Technologies relied on the contract with Sassa to pay social grants for its 2018 earnings outlook and profitability.

The first is the judgment handed down in the North Gauteng High Court in the matter brought in 2015 by Corruption Watch, and the second is the Constitutional Court ruling that the contract for Cash Paymaster Services (CPS) to make cash payments to grant beneficiaries be extended for a further six months.

The Constitutional Court ruling has a direct effect on the North Gauteng High Court ruling in that CPS’s only revenue stream is the payment of social grants. It stands to reason then that, when the now extended contract comes to an end in six months’ time, CPS is unlikely to be in a position to repay the R317-million as it will, theoretically, have no income.

If this is the case, will parent company Net1 carry the costs that must be repaid to Treasury by CPS?

Almost immediately after the High Court ruling on Friday, Net1 issued a press statement saying it would be appealing the judgment.

The court had been approached by Corruption Watch in 2015 asking for the R317-million Sassa had paid CPS to register “additional” beneficiaries over and above the number quoted in the original (unlawful) tender to be refunded.

Corruption Watch had claimed that there had been no lawful basis for the decision to make the payment to CPS, and that the decision was “unreasonable and irrational” and did not comply with Sassa’s supply chain management policy. The court agreed with this interpretation.

Net1, in its statement, said that CPS had agreed to a request by Sassa and had “performed approximately 11 million additional registrations beyond those that it tendered to register for the quoted service fee. Accordingly, CPS claimed a cost recovery from Sassa, supported by a factual findings certificate from an independent auditing firm. Sassa agreed to pay CPS the ZAR 277-million as full settlement of the additional costs incurred by CPS”.

“We are disappointed with the Court’s judgment and will immediately seek leave to appeal,” Kotze was quoted as saying in the statement.

“The additional registrations we performed at Sassa’s request resulted in the identification and removal of a significant number of ghost beneficiaries and duplicate grants, and had the direct result of saving the South African government more than R2-billion per year for the last five years. The cost incurred for the additional registrations was recovered without any profit component. CPS performed the work requested by Sassa on a bona-fide basis and it is unfortunate that it once again finds itself being prejudiced by apparent shortcomings in Sassa’s processes,” said Kotze.

Ray Mahlaka, writing for Moneyweb in August 2017, pointed out that in addition to Net1’s Sassa contract, its earnings per share guidance was dependent on the rand exchange movements and a US corporate tax rate of between 34% and 36%.

What if Net1 is granted leave to appeal the North Gauteng High Court ruling – even if the appeal takes years to wend its way through the courts – but loses?

Will CPS be able to repay and if not will Net1, the parent company, pick up the tab?

Daily Maverick sent two questions to Net1, one asking whether it intended to appeal the judgment and secondly how, should the company be granted and lose the appeal, would CPS repay the R317-million to Treasury.

While CPS media relations spokesperson, Bridget von Holdt, of Burson-Marstellar South Africa replied with a standard press release, she later undertook to reply to the second question in due course.

(We will update this story to reflect the CPS reply, when we receive it.)

Corruption Watch too, while celebrating the court victory, will also be considering options this week. DM