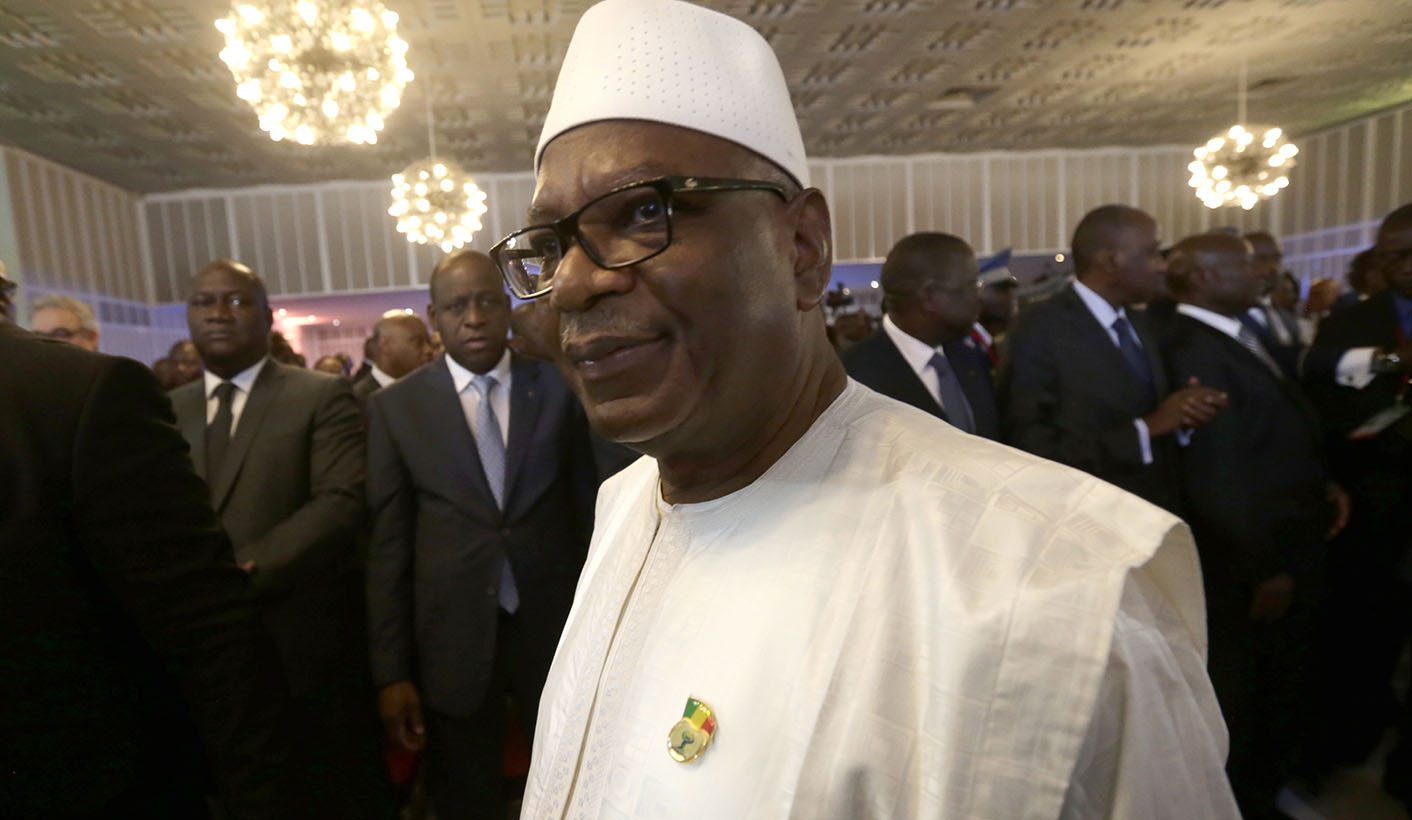 Credible elections matter, but the real challenge is the absence of the state in several parts of the country. By Baba Dakono and Khadija Maïga for ISS TODAY.

Insecurity in Mali, characterised mainly by the persistence of terror threats, has resulted in the state losing control of large parts of northern and central Mali. On top of that, implementation of the 2015 Agreement on Peace and Reconciliation between the state and rebels to end the conflict in the north has stalled. Both conditions make it unlikely that authorities can effectively run elections and provide oversight in all localities.

Although Prime Minister Soumeylou Boubèye Maïga recently expressed the government’s commitment to organise the presidential elections within the constitutionally mandated deadline, it seems unlikely that a credible poll can be held. The conditions in Mali are also not conducive for the acceptance of results from an inevitably flawed ballot.

Politically, the wave of high expectations that President Ibrahim Boubacar Keïta rode to victory with over 77% votes cast in his favour in 2013 has waned, leaving the presidential majority fractured; and the political opposition galvanised.

There is growing dissatisfaction with Keïta, driven by the perception that he has not fundamentally improved the national situation. According to a survey of 2 156 respondents conducted by the Friedrich Ebert Foundation in the last quarter of 2017, 50% of those polled weren’t satisfied with Keïta’s management of the country compared to 38.9% who declared themselves rather satisfied.

Amid ongoing negotiations to select a single opposition candidate, the diverse opposition coalition has united around the banner “Anyone but IBK” – referring to Keïta. However, given personality and strategic divisions in the opposition, it is unlikely that come election day they would be united around a single candidate.

Meanwhile, the president’s supporters remain convinced that positives recorded during his first term, mainly relating to improvements in the Malian military, will see him win.

While both the opposition and the fractured governing majority believe they have equal chances at electoral victory, neither has provided any concrete proposals to restore the state and improve the lives of Mali’s people. This situation, together with the risk that political actors could use the security context to their advantage, could lead to violent conflict after the election.

On the security front, 100 attacks attributed to terrorist groups have occurred since the beginning of the year. In addition, local tensions between some members of Fulani and Dogon communities that occurred in March in central Mali led to 32 casualties. These recurring clashes are a result of competition for local power and control over natural resources.

The recent upsurge of attacks and inter-community tensions have made it difficult for the state to function effectively throughout the country. Since the armed rebellion of 2012 and the ensuing precariousness of security in Mali, government administrators have been absent from many northern and central localities.

Against this unstable backdrop and four months before the elections, the presence of electoral officers is still not guaranteed in roughly a third of the country. The absence of state representatives imperils the organisation of elections in these localities. Until security is restored to these regions, the state will remain unable to function.

In April 2017, the government adopted an Integrated Security Plan for the Central Regions (Plan de Sécurisation Intégrée des Régions du Centre). This plan aims to secure, in collaboration with the other international security actors, the centre of the country ahead of elections.

Despite this plan, there are still concerns regarding the state’s ability to regain and retain effective territorial control in the northern and central parts of the country. This is because the ramp-up of the G5-Sahel Joint Force – composed of Burkina, Chad, Mali, Mauritania and Niger – is still a work in progress. It plans to deploy 5,000 soldiers to fight terrorism, human trafficking and organised crime in their border areas including along the central axis in the Liptako Gouma region (Mali-Niger-Burkina Faso).

On an operational level, in order to guarantee credibility and transparency in the organisation of the election, the government plans to use new biometric electoral cards. These will replace the national identification number cards (NINA) that were used in 2013.

This measure is intended to dispel the opposition’s concerns about the disappearance of 900,000 of these cards after the 2013 election. This process is in addition to the ongoing audit of the electoral register. But the costs associated with this solution – coming just a few months before the vote – are bound to cause delays and complications instead of enhancing the legitimacy of the process.

Many national and international actors wonder whether the 29 July deadline is realistic in Mali’s current context. Holding the presidential polls on time is vital to avoid a political crisis with unforeseeable consequences in Mali. Organising the elections and creating conditions for the acceptance of their results is also important. But this shouldn’t overshadow the extent of the post-election challenges that await the newly elected president.

In 2013, the country held elections without full state control over some localities of the north. In 2018, elections are once again being considered in a context where the state is absent in large parts of the north and centre. This highlights the urgency of restoring the Malian state’s authority over the entire territory, but also – and perhaps even more importantly – its usefulness to the people. DM

Baba Dakono is a researcher and Khadija Maïga is a junior fellow, ISS Dakar