Evan Mawarire: Zimbabwian opposition can win if it ‘overwhelms polling stations with people’ 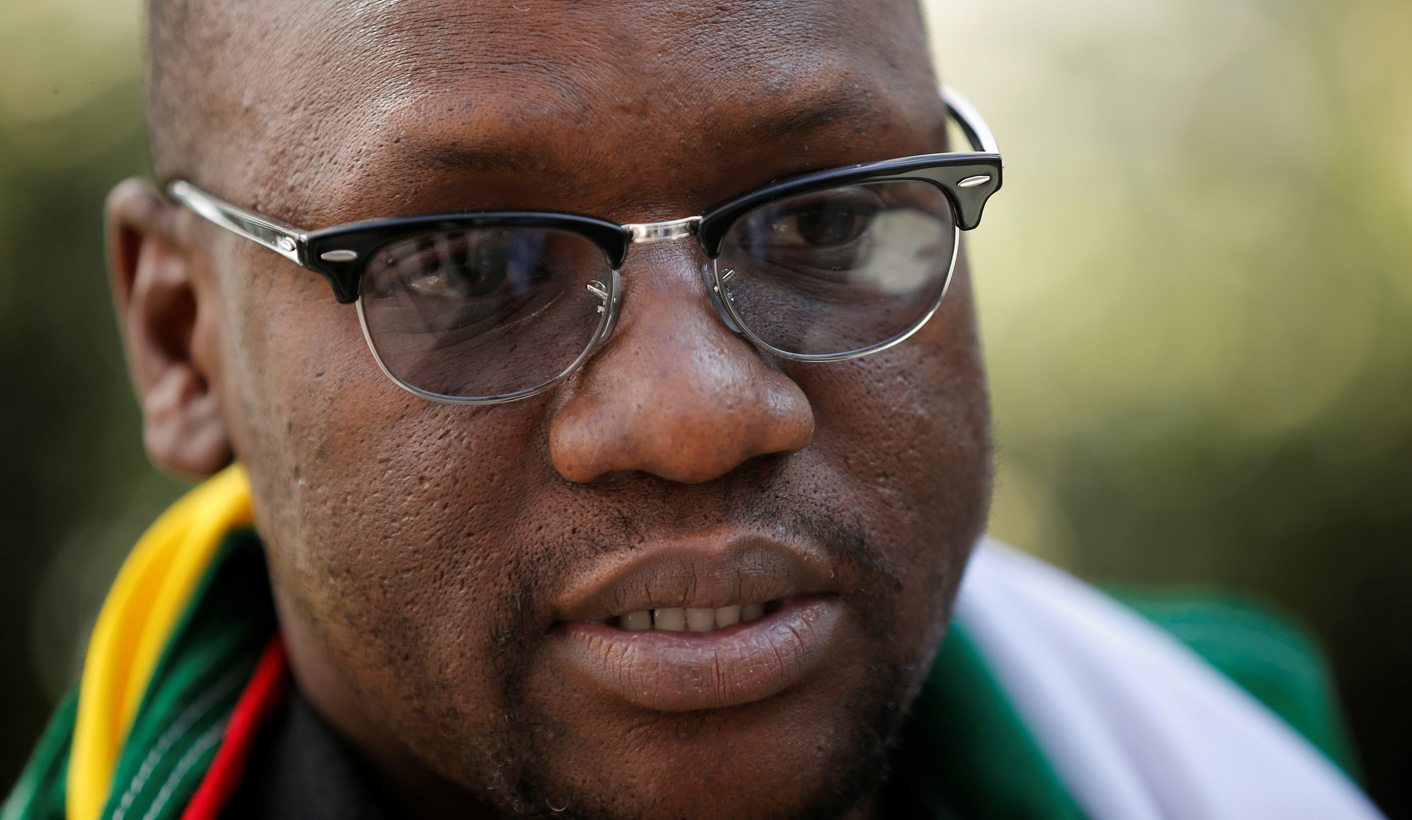 Former president Robert Mugabe’s attempts to stay in the limelight and a new party formed with his blessing could be good for the opposition in Zimbabwe’s upcoming elections, #ThisFlag pastor Evan Mawarire has said, but he declined to answer a question on whether he is planning to get involved in politics himself. By CARIEN DU PLESSIS.

It must be a question that comes up quite frequently these days, because Pastor Evan Mawarire just smiles in a way that indicates he doesn’t really want to answer. The question was whether he’s been considering running as an opposition candidate in Zimbabwe, or not.

High politics isn’t for him, but maybe public office on a more local level, he said, adding that he came to activism by accident.

“I’m more interested in sustainable leadership, especially on the ground,” he said.

His recent Twitter feed suggests an international speaking circuit which took him from the Geneva Summit for Human Rights and Democracy through Westminster, to giving a lecture at the Emerging Leaders Programme at the University of Cape Town alongside former minister Trevor Manuel.

Mawarire also posed with an admiring Kenyan social-media-activist-turned-election-candidate Boniface Mwangi for a selfie in Harare.

Zimbabwe’s elections are expected to take place in July. After former president Robert Mugabe’s ousting in November, the opposition is, however, a mess, he said in an interview on the sidelines of the first Oslo Freedom Forum in Johannesburg on Monday.

“But there is a flicker of hope.”

Mawarire’s activism path – “I’m just passing through” – started when he posted a video on social media in April 2016 in which he declared his love for Zimbabwe and its flag. He was charged with sedition and faced 20 years in prison and sparked the #ThisFlag movement.

There is more democratic space for debate since Mugabe’s ousting.

After years of an increasing clampdown on freedoms, “people are rediscovering that sense of organised people power”, he said.

“More and more people are getting together and are having discussions in coffee shops on what was wrong in politics.”

This was impossible before.

Mawarire admitted Mugabe’s ousting was a coup d’état which was “sanitised” by the citizenry and the mass action that followed.

“We traded one disability for an ability. We were a muted citizenry before, now people talk everywhere.”

That was the upside.

This space should now be used to send the next president the message that “we see you and eventually we will find our way (to have our say)”, he says now.

President Emmerson Mnangagwa’s Zanu-PF stands a good chance of winning the elections. He has been driving a seemingly well-organised campaign to project a clean and businesslike image, and to shake the ghost of the organised Gukurahundi killings of the 1980s of which he was one of the architects.

Mawarire said Mnangagwa was likely to try to hang on to power, but he couldn’t quite tell how far he would go to do so.

“Mnangagwa will have to rely on some form of coercion from the rural population – if not violence then perhaps the exclusion of food aid for people who vote against him. That was Mugabe’s playbook,” he said.

Mawarire also said a new electronic voter registration system, which tied voters to specific polling stations, could open some loopholes for those wanting to intimidate voters in especially the sparsely populated rural areas, with fewer people per voting district.

There is also low trust from the opposition in Zimbabwe’s electoral commission and institutions.

In 2013, Mugabe’s men employed the simple intimidation tactic of walking through the villages shaking matchboxes, the implication clear: vote for the wrong party, and we’ll burn your house. Mugabe won the election by a landslide and it was declared free and credible by outside observers.

The best way for the opposition to win this round of elections was “the mass mobilisation of Zimbabweans to go to the polls to completely overwhelm the polling stations with people”, he said.

“The opposition must also unite at an unprecedented level so that they know we are behind one candidate for a certain area.”

Zimbabwe’s opposition is notoriously fractured, and even more so following the death of Movement for Democratic Change leader Morgan Tsvangirai.

The third is a run-off situation, like the country had in 2008, where neither candidate gets an overwhelming majority of votes and there is a coalition government.

With Mugabe making a return of sorts to the public arena, the Zanu-PF vote could be diluted.

Mawarire said he was initially angry about Mugabe speaking out, but then realised Mugabe was “playing a crucial role for us”.

“There is not a single person in the opposition who will vote for Mugabe, but in Zanu-PF there are still some people, which means they will cause a split, and that is good for us,” he said.

High-ranking Zanu-PF leader Ambrose Mutinhiri quit the party earlier in March 2018 to form the splinter New Patriotic Front. He even met with Mugabe and got his blessing, something that was so significant that it worried Mnangagwa enough to put out a public statement on the matter, Mawarire said.

“People from the outside don’t see that it’s not a done deal that Emmerson Mnangagwa is going to win. There will be a lot of drama as we go towards the elections,” he said, adding that some opposition leaders have been drawing large crowds at rallies in areas where they previously wouldn’t have held rallies.

Mawarire said what concerned him was that Mnangagwa hadn’t dealt with a number of repressive laws which were out of line with the country’s constitution – one of them related to the police permission needed for the holding of gatherings.

If these laws weren’t changed, they could easily be used by Mnangagwa to hang on to power after elections, especially if his hold were tenuous.

Mnangagwa is doing his best to woo the outside world and investors, and has even changed the indiginisation laws to lure them back.

Mawarire’s new catchphrase to drum up global support for a more democratic dispensation for the opposition cause is:

“Zimbabwe is open for business, but is it open for freedom?”

The answer to this question will become apparent once the election battles heat up. DM