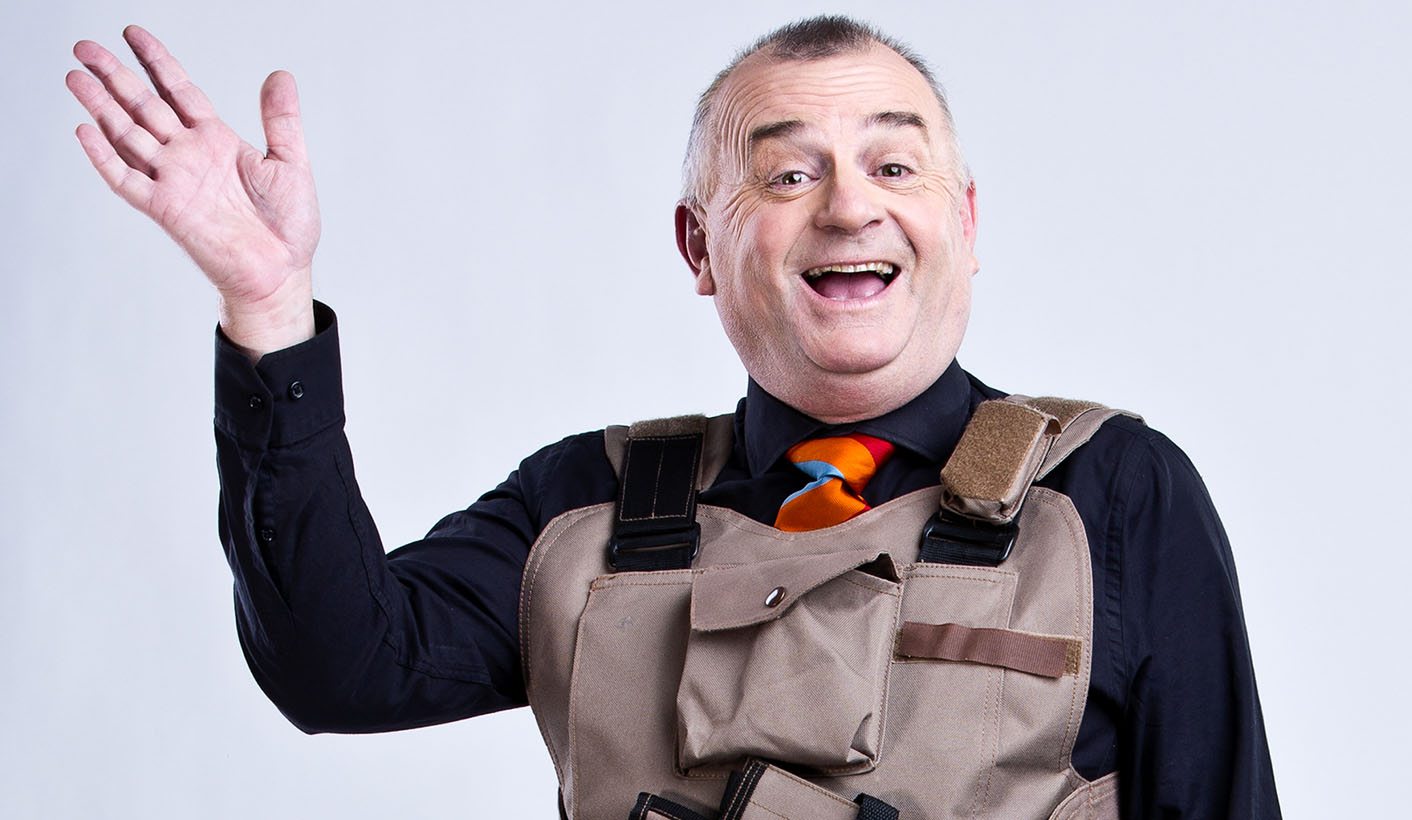 Comedian Mark Banks was filling theatres with his one-man shows and performing in international comedy gigs before many of today’s young guns were born.

He’s old, he’s seen it all, he’s cynical, and let’s be honest, he’s not an attraction for the younger crowd who have smart and sexy stars and styles of their own.

That might be a problem getting people in to see his new show, Stark Raving Mark, as the half-full audience in Montecasino’s Studio Theatre attests. But the main question is – is he still funny?

Yes, he is. Although not always. But that feels okay too, in this particular show, where Banks is giving us a softer performance that’s more muse after muse than hit after hit. He stumbles on to stage as a man heading for an appointment with his therapist, and proceeds to lie on a reclining chair and talk, rather unnervingly at first, to an imaginary figure on his left.

As the therapy session gets under way, Banks talks about the things that bother him, his observations, questioning himself and the world and telling stories rather than telling jokes. This isn’t stand-up comedy, it’s lie down comedy, my escort quipped.

His recumbent position limits the degree of movement to artistic flaps of his hands, the emphatic shifting of his jowls, or the bewildered raising of an eyebrow. But I don’t think that pacing the stage would work any better. His reclining pose almost forces you to slow down yourself, play the therapist, listen to the ramblings and extract the nuggets of gold that sometimes lay amid the waffle.

No, not waffle. I’m sure it’s all carefully pre-determined, but Banks carries it off with the air of one who’s making it up on the fly. Once you get into the rhythm you’ll find the laughs in the absurdities, and they’re gems that will have you doubling over.

He has a lovely way with words and timing as he talks about his childhood and his absent father, about life on the road as an itinerant comedian. About how he used to work on a crisis help line, and refused to talk down a suicidal jumper who confessed to beating his wife and kids.

“It’s terrible when you are so short of work that you take jobs at funerals,” he says later, and maybe there’s some truth in that too.

This gentle humour is far from the usual comedic routines where jokes are batted out thick and fast. To enjoy this show, you’ll have to be in a certain forgiving mood, willing to settle back into your own seat, and get ready to catch the laughs. They’re worth the wait. DM