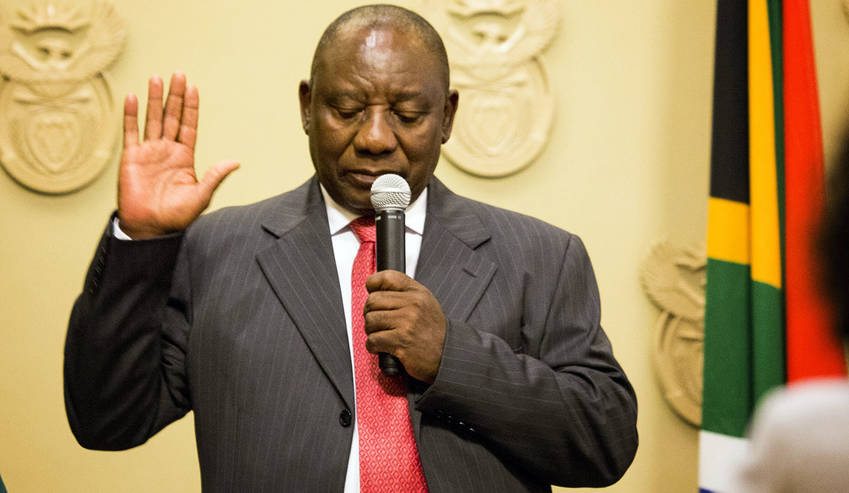 Norway is “very optimistic” about future trade and investment prospects in South Africa under President Cyril Ramaphosa because of his “clear initiatives on business-friendly, growth-focused policies”. But it has also cautioned that the South African government needs to clarify the uncertainty among international investors about its policy of land expropriation without compensation. By PETER FABRICIUS.

Norway’s deputy foreign minister Marianne Hagen explained how Norway sees South Africa economically in an address to a business seminar at the Norwegian embassy and an interview yesterday.

She is in the country to co-chair the annual consultations between the two countries with African deputy minister of International Relations and Co-operation, Luwellyn Landers.

Last year the two countries did a two-way total of R4,673-billion in trade, with a large surplus of R2,515-billion in South Africa’s favour. Apart from several investments by Norwegian companies in South Africa, especially in solar energy, Norway’s trillion US dollar sovereign wealth fund, the largest in the world, also has about R60-billion invested in South Africa, Hagen said.

Hagen said Norway was keen to increase its exports to and investments in South Africa but also imports and investments from South Africa because Norway did not believe was a zero-sum game. It was a firm believer in completely open trade – despite the global trend now going the other way, towards greater protectionism.

She said Africa’s population was forecast to grow from about 1,3-billion today to about 2-billion by around 2042 and 4-billion in 2100.

She commended the new Ramaphosa government for making economic growth and investment a top priority. “It’s very positive that this government is committed to creating a more predictable business environment and advancing a pro-growth agenda.”

Hagen said the government’s intention of signing 27 agreements with private renewable energy providers was “a good example of how to move this agenda forward”.

That signing did not happen last week as announced because of a legal challenge by the trade union Numsa. Hagen said she nonetheless remained “convinced that renewable energy has a great future in South Africa. But I do want to emphasise that it’s important that they keep up the pressure and the timeline on this process”.

Energy expert Chris Yelland, speaking at the seminar, was not prepared to predict what the court’s verdict on Numsa’s challenge would be but Jan Fourie, Sub-Saharan head of the Norwegian solar energy firm Scatec Solar, said he was sure the judge would throw out the challenge.

Scatec already has three solar power plants in South Africa, generating a total of 190 megawatts and was ready to sign agreements last week to produce an additional 258 megawatts.

Despite Hagen’s optimism about business prospects for Norway in South Africa, she expressed some concern about land expropriation.

“We understand the reasons behind it. We see the whole picture who owns what in this country. So that’s totally understandable. And also if the reform is just limited to agricultural land, that’s also understandable.

“But it’s also important that the South African government notices the uncertainty in the international business community because it just comes back to predictability, transparency, and a business-friendly framework.”

Hagen gave the example of the Norwegian oil company Statoil, which is majority . It has been given four licences to explore for oil and gas in South African water.

“We’re talking huge investments and we’re talking a very long horizon, decades. So for a Norwegian company or any company to invest that amount of money, where the payback is coming in maybe 10 years, maybe 15 years, of predictability is core.”

A senior Norwegian official explained that the gist of Hagen’s message was that Norway “recognised the importance of the land issue but that we urge that it is handled in a way that does not create uncertainty that could spill over into other sectors”. DM

Photo: Cyril Ramaphosa is sworn in as president of South Africa in Cape Town in 2018. Photo: Leila Dougan