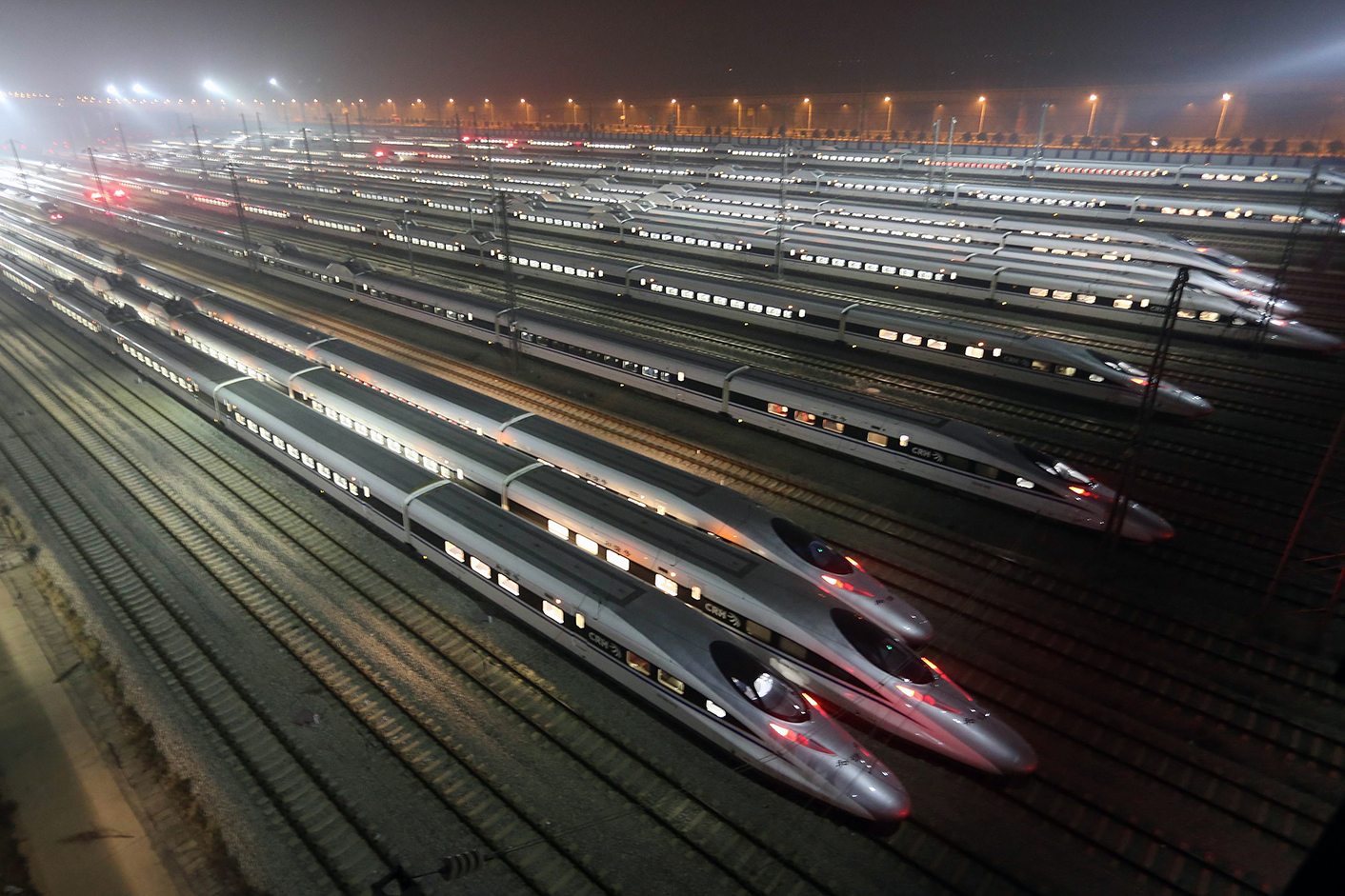 The Chinese rail giant that allegedly paid bribes of over R5-billion to the Guptas has told the state it will no longer invest R5-billion in the local train industry. By Pieter-Louis Myburgh for NEWS24.

In a rip-off deal reminiscent of the disastrous “offsets” that were used to justify the arms deal, China South Rail (CSR) recently applied to the government for an exemption from its local content obligations worth R5-billion in its ongoing supply of new locomotives to Transnet.

In a surprising coincidence, this is almost exactly the same amount as the questionable “fees” that CSR allegedly agreed to pay Gupta-linked shell companies after it clinched contracts from Transnet worth R25-billion.

The department of trade and industry (DTI), which is tasked with ensuring that the policy objectives included in large government tenders are achieved, rejected the exemption request.

But the DTI has apparently lost all hope that CSR can still achieve a local content score of 60%, as is required by the Transnet contract.

“The challenge with the CRRC (CSR) project is that [it] has progressed to the extent that any development work or investment to be done with or by the local manufacturers might not be financially feasible,” the DTI told News24.

This sentiment is shared by many businesspeople from the local rail industry.

Transnet’s massive tender for 1,064 new locomotives, which was concluded in 2014, came with strict local content and supplier development obligations. These requirements are supposed to help create jobs and grow the local economy.

The first 166 of 359 locomotives thus far delivered by CSR to Transnet as part of the 1,064 project have a local content score of only 33%, according to figures supplied by the company itself. Some industry insiders are sceptical, saying even 33% local content seems unlikely.

Photo: Representatives from CRRC and other delegates at a recent engagement session between the Chinese company and local suppliers. Photo: Jaco-Louis Myburgh

News24 can today reveal that CSR earlier this year submitted a request to the department of trade and industry (DTI) with a detailed list of 53 components. CSR claimed that it was either unable to find local suppliers for these components or that the “technology licensing” for these products was not available in South Africa.

The DTI later confirmed that these components were valued at R5-billion.

Asked whether CSR was trying to backtrack on its local content obligations because of the “fees” it allegedly had to channel to the Guptas, the company said it couldn’t comment on “untested allegations”.

“What we can assure you is that CRRC (CSR’s parent company), as one of the major state-owned companies in China, is committed to in compliance to the laws, rules and regulations of the of South Africa,” it added.

“CRRC, the Chinese government and other law enforcement agencies are also investigating the allegations which were contained in the leaked emails and we will co-operate with investigations in South Africa and China,” said CRRC.

For practical purposes, however, CSR and CNR are delivering their trains to Transnet as separate entities.

CSR’s slice of the 1,064 tender is contract for 359 class 22E electric locomotives. It also clinched two earlier deals for 95 and 100 electric locomotives, valued at R2.7-billion and R4.4-billion respectively. In all, CSR is supplying Transnet with 554 trains at a cost of more than R25-billion.

One of the biggest scandals that emerged from last year’s #GuptaLeaks reports was amaBhungane’s revelation that CSR had apparently entered into alleged kickback agreements in relation to the Transnet tenders.

Documents sourced from the leaked emails showed that Gupta-linked companies in the United Arab Emirates (UAE) were set to receive a staggering R5.3-billion in “fees” emanating from CSR’s Transnet contracts.

CSR’s recent request to be exempted from sourcing local components worth R5-billion set off alarm bells in the local rail industry.

“It is like CSR now wants a discount on its local content obligations because it had to pay the Guptas so much money to open up these contracts with Transnet,” said one of several industry insiders News24 spoke to.

Two weeks ago, a collection of representatives from the local rail industry met with CRRC, CSR’s new parent company, at the Birchwood in Boksburg. Officials from Transnet and the DTI were also in attendance.

What started as a cordial session ended with some audience members – mostly owners or representatives of local companies with a footprint in the rail sector – openly showing their disgruntlement with CSR’s handling of the local content issue.

One audience member shouted that “corruption” had ruined the local industry’s chances of participating in the contract in a meaningful manner.

The DTI says it rejected CRRC’s request because the OEM needed to make a greater effort to find local suppliers.

“The above exemption is the only request received to date from CRRC (CSR), which has been rejected with the recommendation that the OEM intensifies its effort to find suitable local suppliers to locally manufacture and supply the required components in the bid to reduce the import content,” said the DTI.

“Following the engagements with potential local suppliers and the session held on 12 March, CRRC has subsequently withdrawn the [request for] exemption,” added the DTI.

CSR claims that its problems with reaching the required local content threshold are partly the result of shortcomings in the local industry.

“At the beginning of the project, we had more components that we found out after thorough supplier evaluation that the local suppliers will have problems in supplying us with because of not meeting our requirements (quality, of delivery and cost),” stated CSR.

However, the company says it remains committed to achieving its local content targets by the time delivers its last locomotive to Transnet.

“After continuous engagement with local suppliers, the list [of possible exempted parts] was reduced to about 50 components. But since we have started implementing our localisation strategy in partnership with Transnet and under the auspices of DTI, we have (ped) pursuing the requests for exemptions,” said the company.

“We are committed and confident that we will meet our contractual localisation targets through our latest strategy.”

CSR says it has qualified 52 local suppliers that will supply an estimated 5,602 materials and components at a combined contractual value of just under R11-billion for the duration of the Transnet class 22E project.

Asked who these qualified local suppliers were, CSR responded as follows:

“We can gladly share the information with you, but we will have to get permission from all affected local suppliers first.”

Transnet says it is the responsibility of the South African Bureau of Standards (SABS), which was appointed by the DTI as the project’s official local content verification agency, to ensure that the OEM’s honour their local content commitments.

The DTI admits that the verification process has been hampered by problems.

“In the 1,064 rolling stock procurement programme, the verification process is still ongoing in the midst of funding challenges and government budgetary constraints,” said the DTI. DM