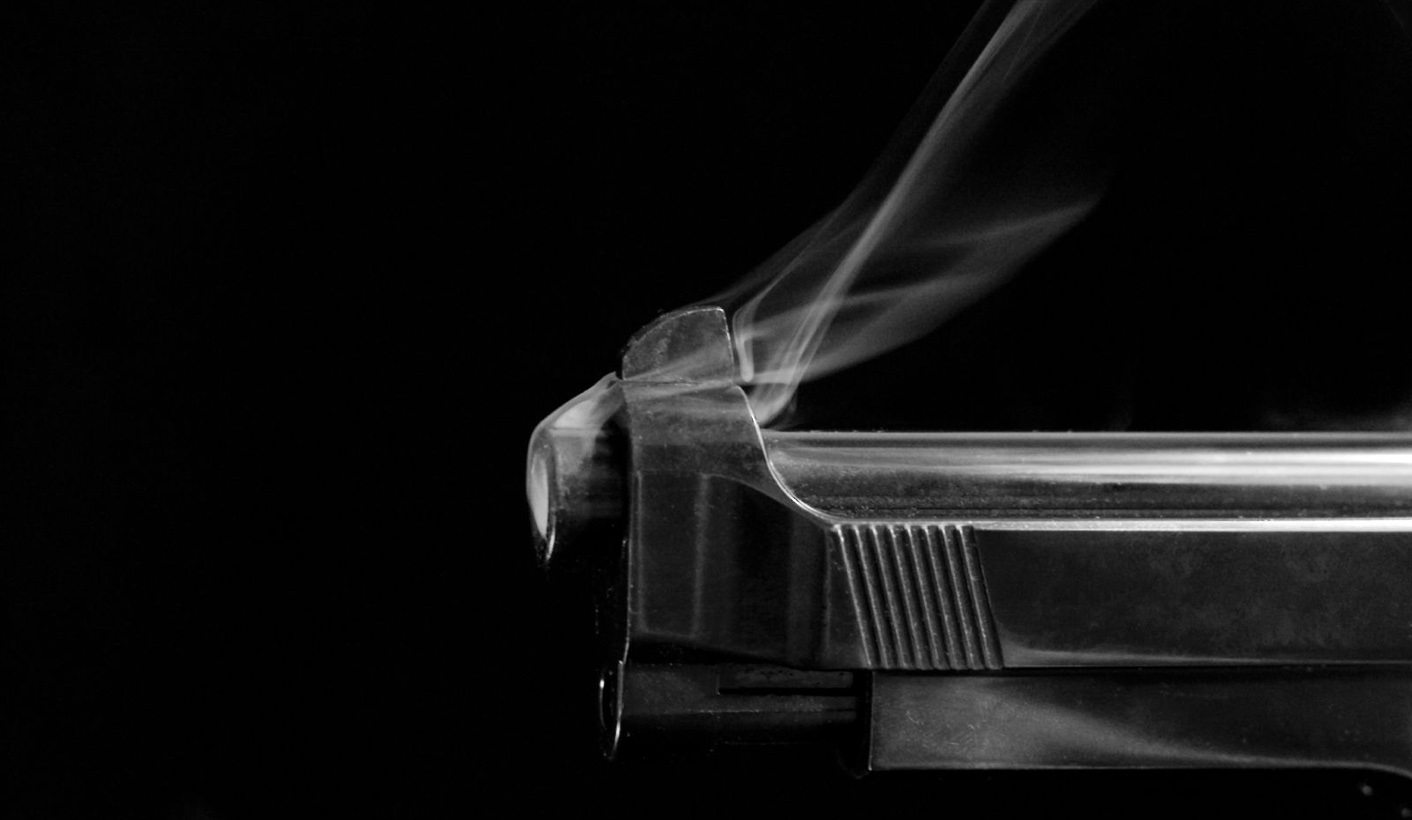 Where there is corruption, there are likely to be contract killings: this is is one trend to emerge in a new study, just published, revealing shocking statistics with regard to political assassinations in South Africa, which have escalated dramatically in the past few years. A large proportion of contract killings have not only targeted politicians but also magistrates, lawyers and witnesses. Another significant finding is that more political hits occur in areas consistently governed by the same party – the ANC – indicating that killings are related to internal power struggles. By MARIANNE THAMM.

The Hits and Assassinations in South Africa – January 2000 to December 2017 study, published in March 2018, kicks off – not surprisingly – with the targeting of ANC councillor Sindiso Magaqa who, at the time of his ambush by gunmen in July 2017, was an ANC councillor and executive committee member for the Umzimkhulu municipality. Magaqa, who survived the shooting only to succumb on 4 September, was the fourth councillor in the area to be murdered.

The study is a collaboration between UCT’s Centre for Criminology and the Global Initiave against Transational Organised Crime (GITOC).

However, author Kim Thomas, assisted by Azwi Netshikulwe and Ncedo Mngqibisa, notes that few of the assassinations that occur in South Africa receive the media attention Magaqa’s attracted.

“In several cases, the victims of hits had been whistle-blowers or civic activists who had stood up for the truth or who had wished to serve their communities. For this, they paid the ultimate price,” writes Thomas.

“From these numbers, it is clear that assassinations are a rapidly growing problem in South Africa,” said Thomas.

The report shows that there had been “a particularly dramatic increase” in reported cases between 2014 and the end of 2017.

Analysis of the data revealed two alarming trends: a marked increase in the total number of assassinations carried out since 2012, and a “significant” upswing through to the end of 2017.

“It is perhaps not surprising that political conflict, poor governance and political uncertainty, for example, which defined the South African administration between 2014 and 2017, contributed to an increase in the numbers of assassinations that fall into the political category,” writes Thomas.

“It is also significant that hits associated with the taxi industry have a direct impact on other categories, because the industry has generated a cadre of hit men available for hire, which means that a largely unmanaged set of taxi route conflicts has rippled out, creating an impact on both local governance and the lives of ordinary people,” notes the study.

Thomas warns that targeted killings in South Africa, which are a form of organised crime, have “a highly detrimental impact on South Africa’s ongoing democratic project and often fragile governance systems”.

While the report found that a large proportion of assassinations in South Africa are contracted for political, economic or social gain, professionals in the criminal justice system were also targeted in what the study terms as “commissioned killings” .

The impact of contract killings targeting those in the South African criminal justice system, the study found, was not limited to the victims or the cases they were connected to.

“Their effect is felt much more deeply, as these hits are representative of the broader issue of intimidation in the justice system. The fact these hits occur, and that others in the criminal justice system are aware of them, creates a pervasive environment of fear. The message that this category of contract killings communicates is that there is a very real possibility that the same violence may well be applied to someone else in the system. This constant threat of violence is tantamount to the capturing of the justice system by criminal forces,” the researchers note alarmingly.

Interviews with legal practitioners had highlighted that assassinations in the criminal justice system had serious ramifications.

“For example, one prosecutor estimates that in 50% to 60% of her cases, the witness is actively intimidated by the accused or an agent of the accused, and this often results in the witness refusing to testify or dropping the case. In one case, the female victim of a sexual offence received a phone call from the accused while he was in prison awaiting trial. He told her to drop the case or he would ‘use one of his connections on the outside’”.

The segment of the economy found to “nurture and feed” the criminal market of assassins or guns for hire is the taxi industry, which, the report found, “provides a recruitment pool where hit men can be hired”.

In collecting data for the report researchers found that there are no disaggregated police statistics for contract killings and in order to collate figures, researchers drew on a database covering local, regional and national news supplemented with detailed searches.

The report notes that the impact of assassinations is varied but at its core these killings severely thwart “the goals of an open, prosperous and democratic society”.

While targeted assassinations had resulted in the deaths of many citizens, among the victims had been “a notable proportion who had been politicians, whistle-blowers, proprietors of taxi businesses (known colloquially as ‘taxi bosses’) and members of the legal fraternity.”

The impact of these assassinations, noted the report, is far-reaching as this undermined South Africa’s democracy and judiciary, and threatened fair economic competition – suggesting these killings are used to exert a “Mafia-type” control over society.

“But the effect is felt not only by institutions – a hit is also a human tragedy, and has an overwhelming impact on the victim’s family and community. The killing of breadwinners is economically devastating for dependants.”

A breakdown of hits by category showed that the taxi industry accounted for the largest number of hits (43%), followed by the political (22%) and organised crime (22%). Hits that fell into the “personal category” represented the smallest proportion of the cases at 13%.

Unsurprisingly the province where the highest number of hits had been recorded is KwaZulu-Natal, followed by Gauteng and the Western Cape.

Analysis of these cases indicated that in 86% of the incidents the victim was male, while 7% involved female targets and another 7% the deaths of both male and female targets.

Researchers also used the data to examine the impact of targeted killings on individuals who worked in the criminal justice system.

“The assassination of those who work in the justice sector must be viewed with particular concern. Examination of cases relating to the targeting of attorneys, prosecutors, magistrates, judges and witnesses shows that the impact of these murders has been far-reaching, as they are used to influence or manipulate the justice system by ensuring, for example, that witnesses are intimidated into not testifying.”

In other words, where there is corruption, there are likely to be contract killings.

“In other words, is competition between political parties in hard-fought local elections one of the driving forces for contract killings?” the researchers asked.

To test the theory the project mapped which district municipalities had experienced a change in power against the number of assassinations that occurred in that municipality.

“Although the data is insufficient to draw definitive conclusions, the political hits in areas that did not experience a change in power suggests that they could be the result of internal power struggles within individual political parties – most notably the ANC.”

Researchers found that the overlay between the political, economic and social factors that act as catalysts for contract killings in South Africa required an effective response.

“Not least, this must include the arrest and prosecution of hit men. Unfortunately, the data does not contain details that allow us to measure the proportion of the cases where arrests or successful prosecutions have been made. But by having followed up on developments in individual cases, it would seem that the success rate is far too low (measured by whether a suspect is arrested and brought to trial),” Thomas concluded.

Only a concerted and strategic response, including addressing police corruption, the effective implementation of firearms control, the reduction of political interference with and connections to local government tender processes and a better regulation of the taxi industry would “end the phenomenon of hits”.

Some of the recommendations in the report include better control of firearms, a concerted focus on reducing violence in the taxi industry, the bolstering of prosecution-led investigations to improve arrest and conviction rates as well as a way of monitoring hits and assassinations which need to be “disaggregated” from homicide data.

“If nothing is done to address the issue of assassinations as a matter of urgency, those who commission them will continue to exert illicit power and influence over South Africa’s society, economy and democracy,” the report warned. DM