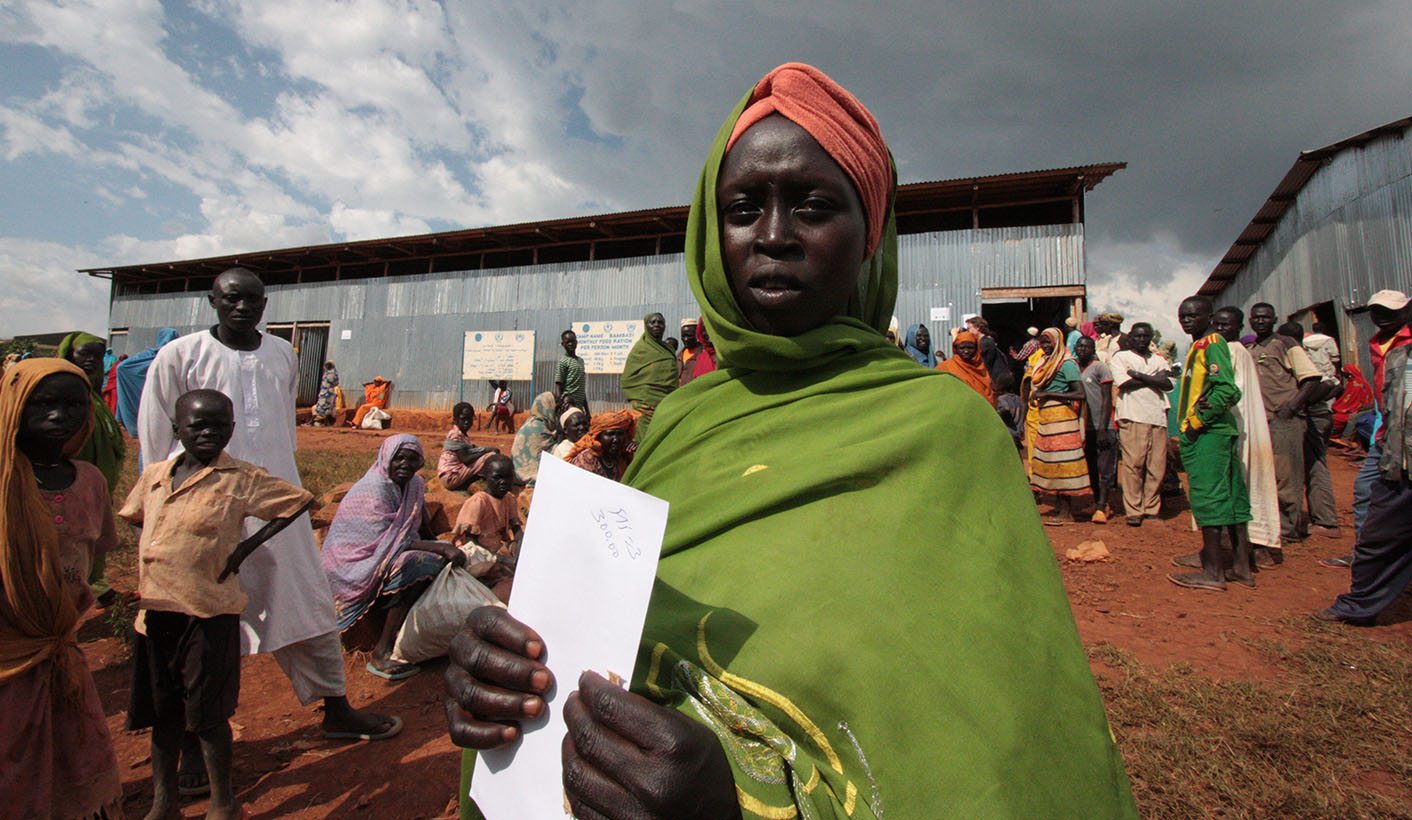 Investing in refugees means investing in Ethiopians – and this is setting a global example. By Tsion Tadesse Abebe for ISS TODAY.

Ethiopia is the second largest refugee-hosting country in Africa. It is also fast becoming the most progressive on the continent in responding to forced displacement. If properly implemented, Ethiopia’s version of the Comprehensive Refugee Response Framework – which combines development and humanitarian aid – will benefit both refugees and host communities.

Ethiopia hosts over 900,000 refugees, 75% of them originating from South Sudan and Somalia. The rest come from Eritrea, Sudan and 15 other countries. In 2017, 110,000 new arrivals were registered. If the current trend continues, the refugee population will cross the 1 million mark in 2018.

Drivers of forced displacement range from conflict in South Sudan to ongoing economic deprivation and open-ended military service in Eritrea as well as conflict and conflict-induced food insecurity in Somalia.

Ethiopia grants prima facie recognition to most asylum seekers from neighbouring countries. Its 2004 National Refugee Proclamation is based on the 1951 Convention Relating to the Status of Refugees, its 1967 Protocol and the 1969 OAU Refugees Convention. Although most refugees are accommodated in 26 refugee camps, the government is keen to explore options such as expanding its “out-of-camp” policy, which offers opportunities to live in non-camp locations.

Ethiopia’s commitment to protect refugees is further strengthened by its nine pledges made at the Summit on Refugees and Migrants hosted by the United Nations General Assembly in September 2016. The summit’s New York Declaration on Refugees and Migrants is considered a milestone for global solidarity on refugees’ protection. It sets out key elements of the Comprehensive Refugee Response Framework and lays the groundwork for the Global Compact on Refugees.

Ethiopia’s pledges include, among others, providing work permits to qualifying refugees, facilitating local integration where feasible, and earmarking a percentage of jobs within industrial parks to refugees.

Ethiopia’s nomination as a roll-out country for the comprehensive framework in February 2017 and its subsequent launch of the framework in November 2017 attest to the government’s seriousness about the pledges. The framework serves as a vehicle to implement the pledges and envisions bringing durable solutions to refugees and supporting host communities through combining humanitarian aid and development.

National consultations to define the modes of implementation are ongoing, with different actors, including refugees. John Magok, who attended one such consultation on behalf of his fellow South Sudanese refugees, told ISS Today that the framework “will bring a paradigm shift on the way refugees are treated in Ethiopia by offering them livelihood opportunities”.

“They can start a new life, which will give them a sense of safety, acceptance, and hope in life.”

To date, the framework has been rolled out in eight countries and ‘situations’ globally: Ethiopia, Uganda, Djibouti, the Somalia situation, Mexico, Honduras, Guatemala and Costa Rica.

While all refugees in Ethiopia stand to benefit from the Comprehensive Refugee Response Framework, the option of local integration applies to those who have been in the country for 20 or more years and have limited prospects for return and/or third-country resettlement. This arrangement may benefit up to 40 000 mainly Somalian and South Sudanese refugees.

The Ethiopian government has already made progress in implementing the comprehensive framework. First, civil registration of refugees, including birth, marriage, divorce and death, started in October 2017. This has provided retroactive registration rights to the approximately 70,000 refugee children born in the country over the past 10 years.

Second, the Biometric Information Management System, a countrywide refugee registration infrastructure, was initiated in 2017. The system records information on refugees’ education and professional skills as well as profiles of their family members. Both civil registration and the new biometric system will enable refugees to access opportunities provided as part of the framework.

Third, Ethiopia is constructing $500-million worth of industrial parks through funding from the EU (European Union), the United Kingdom and other sources. Once completed, the parks are expected to create up to 100,000 jobs, of which 30% will be available to refugees. This supports the government’s effort to address youth unemployment.

The Comprehensive Refugee Response Framework is not just about improving the lives of refugees. Social infrastructure including schools and health centres that will be built for refugees will also benefit the host communities.

Further, the comprehensive framework will enhance Ethiopia’s negotiation power with its European partners as the planned integration of refugees is in line with EU’s goal of keeping refugees in first-asylum countries.

Ethiopia is a source of migrants itself. Located in the Horn of Africa – the epicentre of migration within and out of Africa – it is a transit country for refugees and migrants. Ethiopia is one of the European Commission’s 16 ‘priority’ countries that is working to reduce migrant/refugee numbers in return for various ‘incentives’ like development aid and trade.

Although progress on the comprehensive framework has been good, implementation challenges are anticipated. Despite significant economic development over the past decade, Ethiopia is still one of the poorest countries in the world. Thousands of Ethiopians leave the country in search of better economic prospects. This means the refugee integration and job creation components of the comprehensive framework may not be viewed positively by the local population.

As of April 2017, the refugee population surpassed that of the host community in Gambella. The government’s decision to relocate newly arriving refugees to the neighbouring Benishangul-Gumuz region last year indicates that it is working to address these ethnic and political dynamics in the region.

The comprehensive framework is a win-win solution for both refugees and host communities. If properly implemented, refugees will be given the opportunity they need to unleash their potential and be productive members of the host community. Similarly, host communities will benefit from the skills and contributions of refugees.

The international community can contribute through a one-time investment to help refugees become self-reliant, after which they may not have to worry about providing humanitarian aid every year. DM