Wild Horse Chase: How to get your novel published after 174 rejection slips 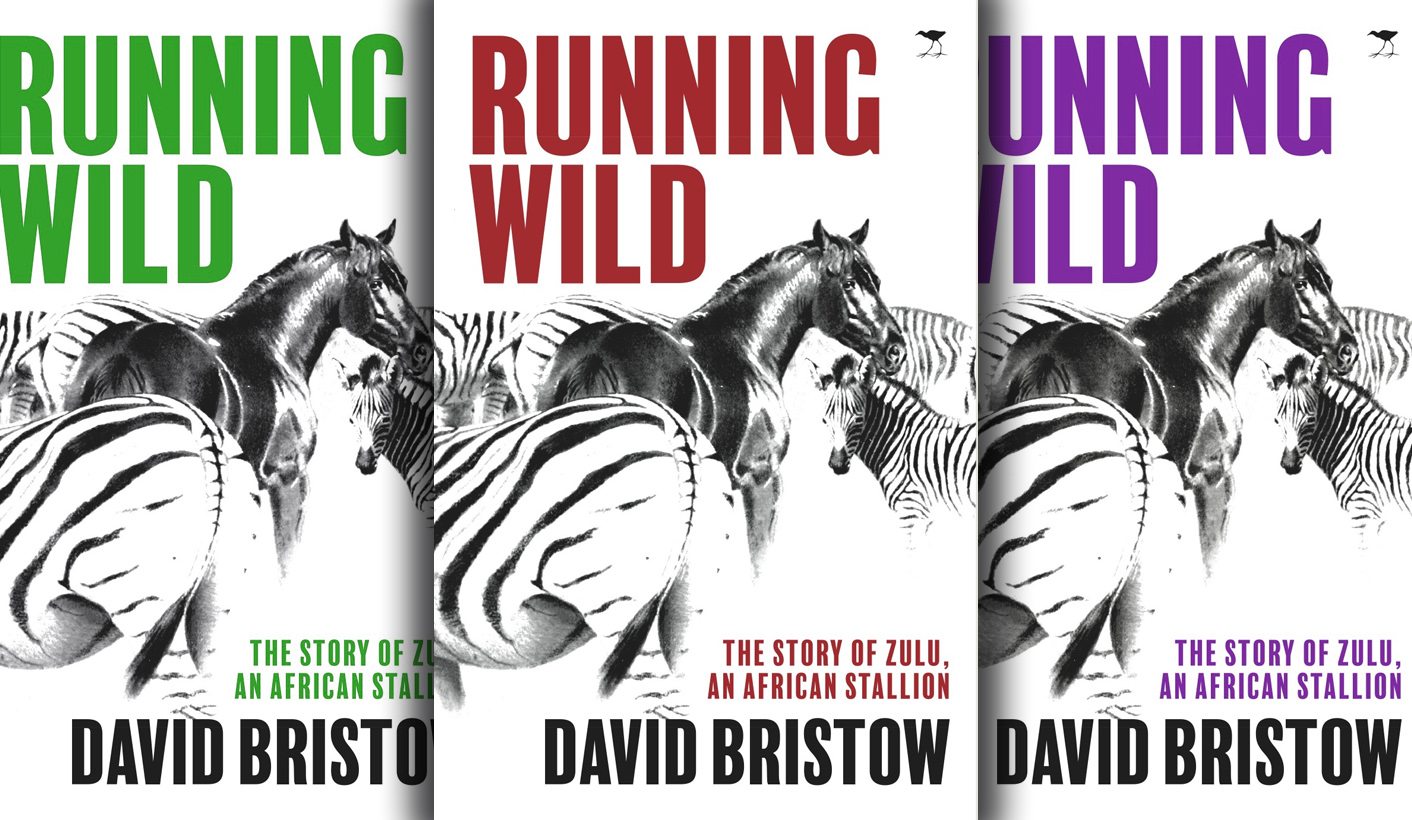 Well-known magazine editor, raconteur and author David Bristow recently launched his latest non-fiction novel, Running Wild, published by Jacana Media. Not so well known is that Bristow braved 174 rejection slips from local and international publishers before he finally got the damn thing published. TIARA WALTERS speaks to him about how to stay indefatigable when it seems publishers have lost their mind — and what makes the story of a safari horse-turned-zebra a delightful, if slightly absurd, bit of Africana nonetheless.

DM: I don’t understand. Why not just self-publish after rejection slip number 83, for argument’s sake?

DB: I really believed in the story, simple as that. I just had to convince someone else. As soon as Jacana heard the premise, they jumped at it, smart people.

I think the story of Zulu has the potential of becoming a modern-day equivalent of Jock of the Bushveld. It’s the rollicking, true story of an African stallion that bolts from his stable during the cyclonic floods of 2000, joins a dazzle of zebras in Mashatu Game Reserve and, remarkably, rises to the position of lead stallion.

DM: So what was the problem, then? Were you not photogenic enough? I heard this might be a thing in the unsparing world of contemporary publishing now.

DB: Yup, ugly as original sin. My girlfriend calls me OS (although that might just be os) (os n. Afrikaans for bovine male. Sometimes used for pulling vehicles or carrying things). But also publishing is like that well-trotted-out saying about capitalism: it’s a kak system, but it’s the best we’ve got. Which I guess is my way of saying they know nothing. The accountants and marketing people make all the decisions. And they think only in boxes (very small ones usually), like, does this book fit neatly into one of our sure-selling categories?

DM: Is Zulu the only horse ever known to have “gone” zebra? Did you look for other, um, “horsebra” stories? Perhaps it’s not entirely fanciful to picture a dazzle of zebra running wild through the Namib, displaying suspiciously desert horse-like traits.

DB: In the wilds, yes, this is unique. In captivity zebras and horses, as well as zebras and donkeys, have been crossed. Crosses were common amusements in Victorian circuses, but it was always a zebra male and female horse (zorses). The other way around is not known to ever have occurred. Not even the equine scientists could tell me why.

Photo: The author with a steed from Limpopo Valley Horse Safaris

DM: Still, it beggars belief — what do you think made Zulu such an anomaly in equine terms? And how did you imagine his life in Botswana’s Tuli Block when there were no recorded precedents for his tale?

DB: It was a story that found me, the story of a mild-mannered Boerperd that was a working stiff at Mashatu Game Reserve when all hell broke loose. Partly, because it is such a singular story, it got to me: how would, could, a domestic horse survive out there, and end up as the alpha stallion of a wild zebra herd? The environmental scientist and bush lover in me got seduced. (Bristow has a master’s degree in environmental sciences from the University of Cape Town.)

I wanted to tell a story about Africa in which the main character was this amazing horse — it’s based on the saga of real horse, but obviously I had to conjecture what could have, might have, happened in those years of running wild. I immersed myself first in the world of Mashatu, from the climate to the goggas, and everything in between.

Then I immersed myself in the world of horses, from Black Beauty to Equus, horse behaviour, horse physiology, horse psychology, horse evolution… I wasn’t a horse expert when I started, but now at least I know a sniffle from a snaffle.

Photo: Cor Carelsen on Zulu (front) as they ride with the wildebeest after his recapture. Zulu loved to race with wild zebras and seemed to be forever in search of his old herd, says Bristow

DM: Zulu was recaptured when his whereabouts were inadvertently flushed. How did the dazzle take it when their leading man was spirited away?

DB: That’s an unfortunate omission in the whole story. The people from Limpopo Valley Horse Safaris were so bedazzled by the business of getting their horse back, no one took any notice of the zebras. Like, were there young that looked liked “horsebras”? Much later some people swore there were, others swore not.

Photo: Zulu was corralled after his recapture, having spent nearly four years running wild, some of that time as a ‘zebra’ stallion

DM: We can conclude that this animal biography is distinct — let’s face it: it’s the kind of thing that should make a Disney scriptwriter slaver. Also, the work is assiduously researched and penned over a good couple years by an author with a solid track record. Yet, getting the book published was only half of it. Your publicity tour, and getting Running Wild reviewed, might be enough to warrant a book on its own (wink). Or, are you rightly over book publishing now?

DB: Hell no, I’m just getting started. I want to write lots more paperbacks. I believed in the book, and now I’m thinking it would make one hell of a good movie. Meanwhile, my second paperback manuscript (amazing characters) has been submitted. I’m gearing up for number three (amazing places — have Kombi, will trip), while four and five are incubating. DM

Walters is an independent books editor. Bristow has written more than 20 widely published books on Africa. Running Wild, R250, by Jacana Media is out on shelves now, as well as in online outlets ranging from Amazon to Exclusive Books