Op-Ed: Too many children have died in unsafe schools 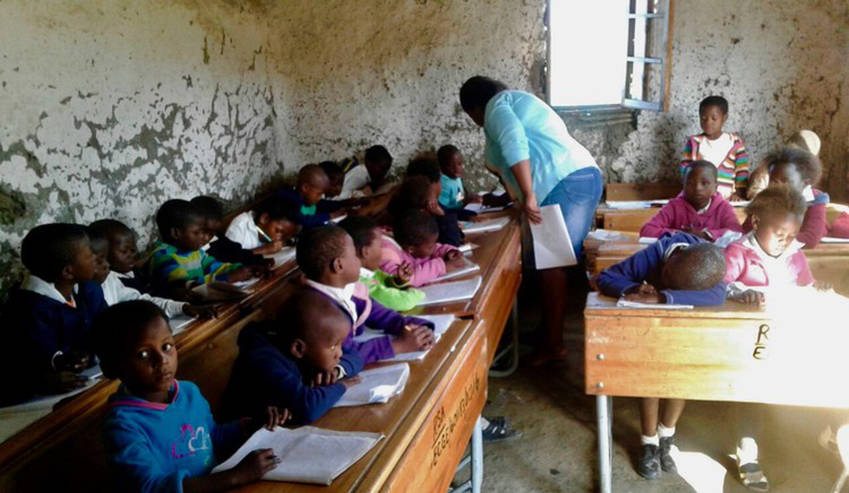 Our new president and minister of basic education must truly commit to fixing schools rather than permitting problematic legal challenges to go ahead against legitimately instituted demands for decent schools. Have a summit, and fix the school infrastructure regulations. By FARANAAZ VERIAVA.

Last week, SECTION27, representing the Limpopo-based organisation Better Education for All (BEFA) was in the Bhisho High Court in the Eastern Cape as an “amicus curiae” (friend of the court) to support Equal Education’s case for effective school infrastructure regulations.

The regulations in their current form were first published in 2013. The publication of these regulations, in fact, only occurred as a direct result of a protracted legal battle between the Department of Basic Education (DBE) and Equal Education, the latter demanding the regulations as a constitutionally mandated road map for safe and decent school infrastructure to redress the under-resourcing of black education under apartheid. In an 11th-hour settlement agreement in 2012 between government and Equal Education, government finally agreed to publish the school infrastructure regulations.

These regulations establish minimum benchmarks in respect of provisioning for among others: classrooms, electricity, water, sanitation, libraries, laboratories, electronic connectivity and perimeter security. It also sets incremental target dates for meeting specified goals. Thus, the eradication of mud and asbestos schools and the provision of services to schools without any water, power or sanitation must be prioritised within three years.

All of this, however, is subject to a provision that exists as a loophole in the regulations that makes compliance subject to available resources and the co-operation of other departments and entities. This implication of such a loophole as currently drafted is that where a province does not meet the time frames for fixing schools, it can merely rely on this loophole as a blanket defence for its failure to comply with the minimum standards and time frames set by the regulations.

Equal Education therefore, in a second-round fight for safe and adequate infrastructure, challenged the constitutional validity of the regulations in respect of this loophole as well as certain other provisions in the regulations.

A foundational argument from Equal Education and SECTION27 is that safe and decent infrastructure is a necessary component of the right to basic education because of the impact poor infrastructure has on teaching and learning and indeed on the safety of learners. The response to this was that Equal Education and SECTION27 are seeking “five-star” schools. What we seek are safe and decent schools. Schools where menstruating learners don’t have to relieve themselves in bushes or stay home during their periods, schools where learners don’t have to literally sit in classes without roofs by holding umbrellas over their heads on rainy days or miss school altogether on these days, or schools where learners don’t drown in pit toilets. These are just some of the narratives from the affidavits of schools and learners presented by the respective organisations.

To the arguments challenging the problematic provisions in the regulations and the accompanying request that these provisions be removed from or be amended in the regulations, the two organisations were charged with making the court a “Super Minister”, thereby suggesting that we seek to violate the doctrine of separation of powers. In terms of South Africa’s Constitution, our courts are the guardians of the Constitution and may validly declare any law or provision within that law that is inconsistent with the Constitution to be invalid.

Perhaps the most confounding and bizarre of all of the submission made by the DBE’s lawyers was its assertion as to the extent of the DBE’s obligations to provide safe and adequate infrastructure. This is especially to those of us who have carefully studied the courts’ repeated and consistent interpretation of the right to basic education guarantee. The DBE lawyers argued that while the right to a basic education has been held by the courts to be a right that must be “immediately realised”, it can in certain contexts be “progressively realised”.

Our jurisprudence has repeatedly stated that the right to basic education is different to other socio-economic rights such as health, housing and social security that are qualified by the terms “progressive realisation” and “available resources” and may therefore be realised progressively or incrementally. The courts have said that the absence of this qualification in respect of the right to basic education means that this right must be “immediately realised”. This means that government must do everything possible to immediately provide the components which make up the content of the right. The DBE does not deny that the right should include adequate school infrastructure but undermines the obligation of government to take all steps to do so immediately.

Against the background of the court hearing and these arguments, it was a moment of stunned, surreal and tragic irony that, as we left the court – coincidentally while SECTION27’s legal team was greeting the Komape family who attended court to support the case – we were approached by a journalist informing us of the death of another learner in a pit toilet and asking us for comment.

Before more learners die tragically, from attending unsafe schools, leaving behind grieving parents who cannot afford to send their children to better schools, we implore government to do more.

Our new president and our minister of basic education must truly commit to fixing schools rather than permitting problematic legal challenges to go ahead against legitimately instituted demands for decent schools.

Have a summit, fix the school infrastructure regulations, develop plans in accordance with the regulations and match these plans with proper resources.

For the rest of us, this moment of moral outrage must not be lost, because actually, as someone said to me – does not every child deserve a “five-star education?”, not to mention the right to a dignified life. I certainly think so. Don’t you? DM

Advocate Faranaaz Veriava is the Head of Education at SECTION27