#FeesMustFall: Free Education is here, but where are the students who fought for it? 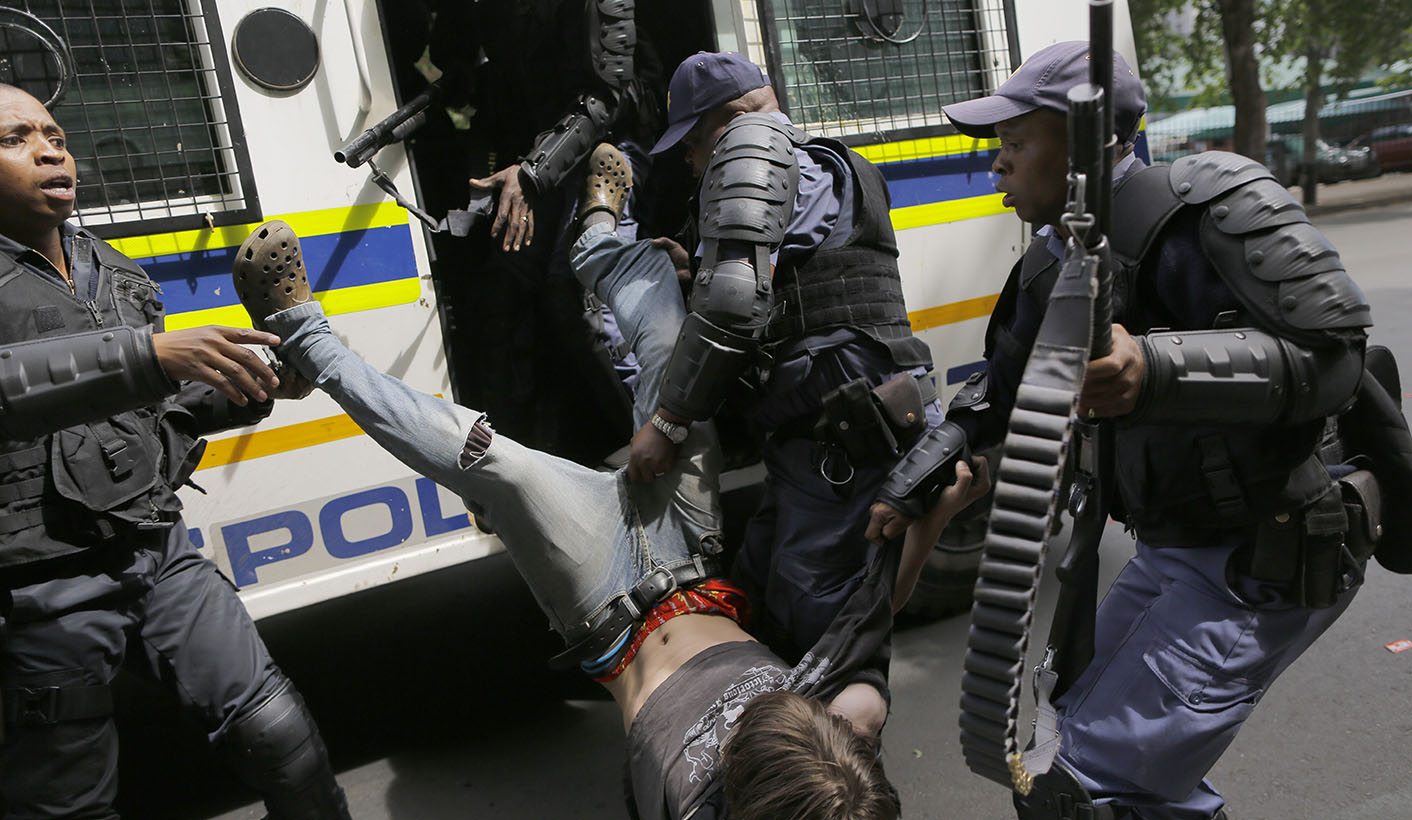 When President Jacob Zuma made his surprising announcement on free education in 2017, to many people it seemed the battle had been won, and the period of violence and chaos was all worth it. For others, however, another fight continues. Student activists with criminal charges for public violence and disturbance during the protests stand trial to this day, but this time they stand alone.

It certainly has been a tempestuous couple of years for institutions of higher learning as they have had to grapple with the frustrations of students with regards to fees and a host of other demands. Universities were often forced to seek help from the courts in order to uphold law and order within the campus.

Court interdicts and private security became a last resort for vice-chancellors in their attempts to ensure the smooth running of the teaching and learning process. Protests were deemed unlawful if permission was not sought and approval given by university management. As a result, student arrests became a common occurrence when these two forces clashed.

Mosibudi Rassie, a former student of the University of Pretoria, got involved in the Language Policy (#AfrikaansMustFall) protests in February 2016. The students wanted the university to scrap the dual language system and remove Afrikaans as a medium of instruction. This is where Rassie first got arrested for public violence and was sent to Kgosi Mampuru Correctional Services.

“The charge was struck off the roll and they ordered me not to participate in any illegal protest,” said Rassie.

Later on, and because of his involvement in the #FeesMustFall protests which were interdicted by the university that same year, Rassie was again arrested. A warrant for his arrest was issued by the Brooklyn Police Station and he was picked up outside the gate of the university.

The police would not grant him bail because, as they said, they could not verify his residential address. Rassie was staying at Boekenhout student residence at the time.

“The university sent the police a letter that I had been evicted from the residence,” said Rassie.

He spent a week in prison and received the only help he had from his law student friends who have since graduated and are still representing him. He was charged with contravening the court interdict, trespassing on university premises, malicious damage to property, inciting and calling for illegal activities, and public violence.

And ever since then, he and a number of students across the country have seen the inside of a jail cell because of their participation in student protests.

Beginning with the #RhodesMustFall movement, a multitude of young black activists have also been incarcerated.

Rassie was fortunate to graduate with a BA in Sociology and Psychology at UP. However, he has since been banned from entering the university premises.

“Reflecting on what has happened,” said Rassie, “I am one of the fortunate ones who managed to write and graduate; there are comrades who were kicked out of the system, and could not graduate.”

After graduating, he volunteered as a counsellor at Ebenezer High School in Mokopane. He organised a school trip for the learners to go to UP. However, he was refused entry into the university.

“My principal got a call and was told that I am not allowed inside,” he said.

He had to get off at the gate and let his pupils and colleagues go inside without him. His case still continues and he is set to make an appearance at the Pretoria Magistrates Court on 29 March.

He and a number of other students now stand to face the consequences of breaking university rules in their protests for the free education that has been won. What is more striking of all is the gruesome experiences that some had to go through to achieve it.

Busisiwe Seabe, a Wits student and #FeesMustFall activist, cannot count the number of times she has been arrested.

This accounts for arrests made in Johannesburg, Cape Town, Free State and other parts of the country. As an activist, she would travel to other universities and colleges in support of another student.

She admits that the experience of arrest, coupled with the violence of the protest itself, has severe “psychological implications” on students.

“You are not used to being in a cell for a prolonged time. You think about your family if they are worried, if you will lose your bursary, if you will get a criminal charge, and how will you now find work.”

Seabe has had 12 trials as a student activist of which six are in session. As a postgraduate Masters student, her movement at the University of the Witwatersrand is limited. She has to constantly clock in at certain times to alert the university as to where she is and there are certain places she is not allowed to go without an escort.

“You feel alienated from everyone else,” said Seabe.

She feels her job prospects are limited.

“Whenever I go to a job interview they only ask about #FeesMustFall instead of the things I went there to be interviewed on,” said Seabe.

It is the third week now since Amla Monageng, a former student and graduate of UP, was sentenced to one-year house arrest. On 15 February, he was found guilty of two counts of public violence and assault. He is only allowed to leave the house when he goes to work at the Academics and Professional Staff Association at Unisa. The authorities pop in sometimes at his workplace to check that he is there.

He finds this arrangement very frustrating.

“It is not like we are criminals,” said Monageng.

He believes that since the government forgave apartheid officials for their crimes against black people, they should also consider doing the same for students.

These are students who fought for a “justified cause”, says Monageng.

“We should be acquitted and receive political amnesty or presidential pardons.”

Seabe also believes that the courts and government should consider the circumstances of the violence during protests.

“We were responding to the violence inflicted on us,” she continued.

“We had to militarise ourselves to achieve the goal of free education.”

The Economic Freedom Fighters Student Command (EFFSC) have been championing the cause of arrested students on social media and in their media statements. At the helm of this battle is Peter Keetse, the national president of EFFSC.

“As the EFFSC we approached the leader of the EFF to raise this in Parliament, to say they must just pardon those students,” said Keetse.

He was then requested to draw up a list of all affected students.

“We want to help all students, like Khanya Cekeshe who is from a college.”

Cekeshe, a FootPrint Media Academy student, was sentenced to eight years (but will only serve five) in Leeuwkop prison as a #FeesMustFall activist for his participation in a protest.

On 4 December, Cekeshe was convicted in the Johannesburg Regional Court.

In 2016 a police van was set on fire in Braamfontein and video evidence shows Cekeshi as the culprit. DM

Photo: A student from Wits University is arrested after clashes with the police during ongoing protests against the cost of higher education in Johannesburg, South Africa, 10 October 2016. Photo: EPA/KIM LUDBROOK