Analysis: End of the road for Zuma, who has exhausted his options to avoid court 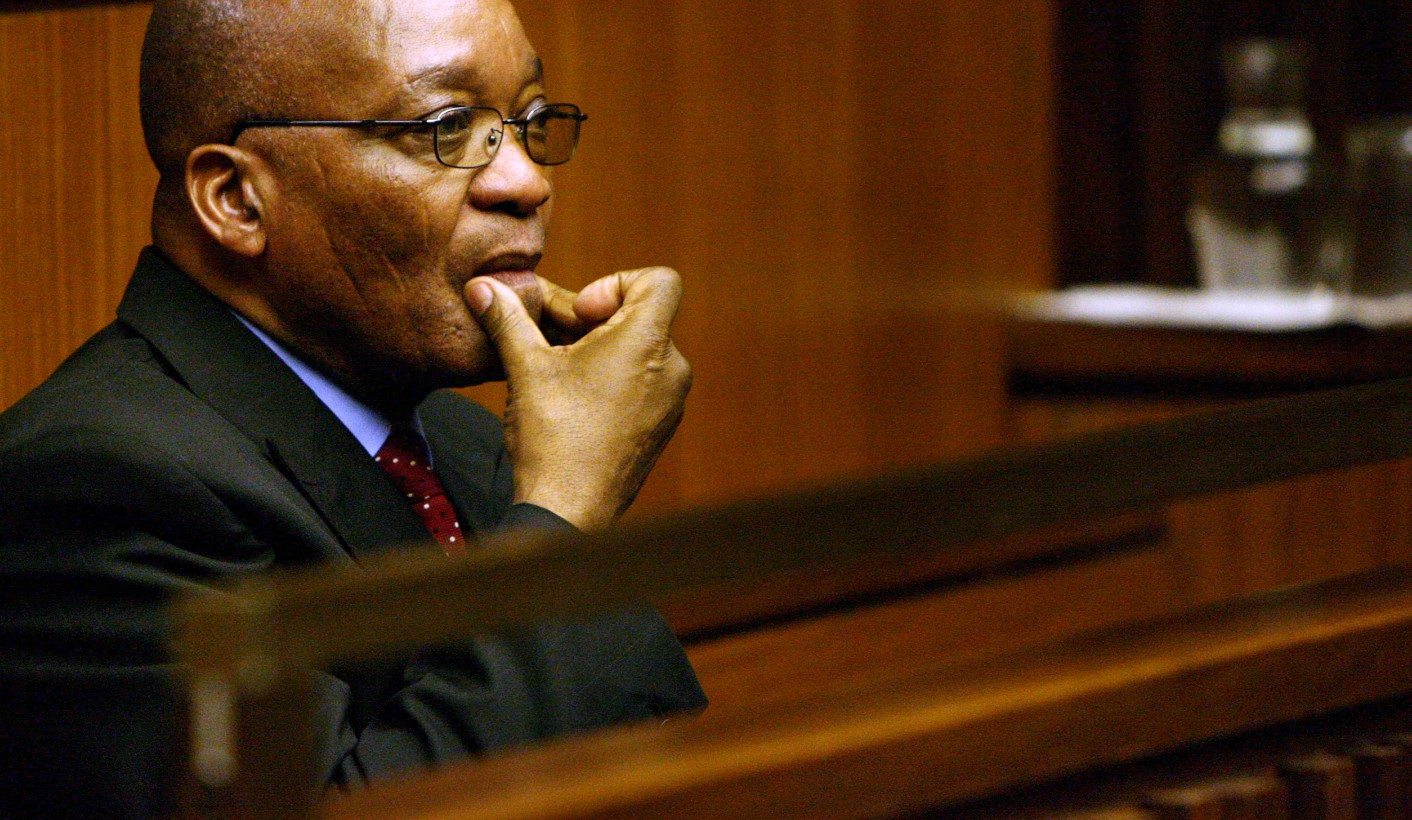 Former president Jacob Zuma's criminal case might take up to two years, but the Teflon Man has almost no options to slip out of this one. If he tries to avoid the reinstated charges announced by NPA boss Shaun Abrahams on Friday, the same opposition parties who have been the bane of his presidency will act. By GREG NICOLSON.

Judge Hillary Squires has denied he ever said there was a “generally corrupt relationship” between Jacob Zuma and Shabir Shaik, who he sentenced to 15-years in prison for fraud and corruption in 2005. His judgment does say it would “fly in the face of commonsense” to deny the “mutually beneficial symbiosis” created through payments Shaik made to Zuma from 1995 to 2002 would not have given Zuma a sense of obligation towards his friend.

Over 10 years since former president Jacob Zuma was served with an indictment for charges of fraud, corruption, money laundering and racketeering, NPA boss Shaun Abrahams on Friday announced Zuma would be served with a fresh indictment and have his day in court.

For years, it looked as though the charges against Zuma, dropped by former NPA head Mokotedi Mpshe in 2009, would never be reinstated. The former president always said he wanted his day in court but has spent his much of his career avoiding the dock. Zuma resigned in February after his deputy, Cyril Ramaphosa was elected to lead the ANC. He faces allegations of involvement in “state capture” corruption.

The DA launched a review application of Mpshe’s decision in 2009 and was triumphant on Friday. “It is a fight that we have been waging in the courts for almost nine years and today’s decision is a vindication of the decision to challenge the dropping of the charges,” the party said in a statement.

Mpshe’s decision was based on the “spy tapes”, the recordings of phone conversations between Scorpions boss Leonard McCarthy and former NPA head Bulelani Ngcuka that allegedly revealed political interference in Zuma’s case and according to Mpshe meant pursuing Zuma would be unjust, unfair and weaken the NPA’s image.

Zuma and the NPA opposed and frustrated the DA’s case at every turn and as South African president, Zuma was regularly criticised for using his office for his private benefit. The DA only got access to the recordings, which the court needed to evaluate Mpshe’s decision, in 2014.

Abrahams, commonly known as “Shaun the Sheep”, was blunt on Friday. Zuma had written to the NPA again claiming he had been unfairly victimised. The NPA head said those issues should be ventilated in court and he has instructed his KwaZulu-Natal director of public prosecutions, Moipone Noko, to facilitate his court appearance.

Zuma faces 16 charges of the original 18 on the docket, including one count of racketeering, two counts of corruption, one count of money laundering and 12 counts of fraud. They relate to 783 dodgy transactions, including payments from Shaik which were allegedly bribes from companies involved in government’s multi-billion rand arms deal.

Advocate James Grant, who has acted in high-profile cases and is a former professor of criminal law at Wits University, said Abrahams had no choice but to announce Zuma would be prosecuted. “There was just no way Abrahams could have declined,” he said.

The North Gauteng High Court last year overturned Mpshe’s decision. The court found it was likely based on his stated anger and betrayal at having heard the spy tapes and the pressure he was under. Zuma and Abrahams appealed at the Supreme Court of Appeals, but admitted they had no case at the last moment.

Could Zuma, whose Teflon has worn off of late, find a way to avoid the charges? “Other than Dubai? No,” said Grant.

The DA said its lawyers would oppose any effort by Zuma to delay the process.

“Now there must be no further delay in starting the trial. The witnesses are ready, the evidence is strong, and Jacob Zuma must finally have his day in court,” said the DA. The party said it will oppose the stay of prosecution application lodged in the Western Cape High Court last month.

Abrahams announced the application to keep Zuma out of court on Friday and said the NPA would oppose it. “That man [Zuma] has rights like any other person on this earth‚ the constitution protects him as a person,” said Lucky Thekisho, the lawyer representing the SA Natives Forum, which launched the case.

The application calls for the NPA and Abrahams to permanently stop all pending criminal charges against Zuma. There is little available information on the SA Natives Forum or Nkhathane Dikobo, who signed the affidavit for the group. They believe prosecuting Zuma would violate his right to a fair trial and claim the NPA has abused prosecutorial process.

Grant said Zuma might argue his case cannot go ahead while the application is heard, but the effort would likely fail as the application has no effect in law. That doesn’t mean Zuma’s trial will be quick.

The court will need to find time, possibly a whole six months, for the proceedings, likely to be spread out over one or two years, said Grant. He added that the NPA would most likely tell Zuma when to appear in court rather than arrest him.

One line of defence for Zuma could be to target the KPMG report prepared by Johan van der Walt, which contributed to Shaik’s conviction. Van der Walt prepared the dodgy report into the SARS “rogue unit” and his work has been questioned before. Grant suggested prosecutors should have a new audit prepared.

Most political parties welcomed Abrahams’s announcement. “Zuma’s day in court is years overdue and the NPA’s prosecutions team have said that there was a strong case on the merits and the only reason charges were dropped was because of the infamous Spy Tapes,” said the DA.

ANC spokesperson Pule Mabe said the party had confidence in the judiciary and criminal justice system. “We equally affirm our commitment to the constitutionally enshrined principle of equality of all before the law,” he said. “Accordingly we call on South Africans at large to afford the NPA space to conduct its work unhindered, we continue to assert the inalienable right of all in our country, including comrade Jacob Zuma, to be presumed innocent until and if proven guilty.”

The EFF said even former presidents are not above the law. “The prosecution of Zuma will send a strong message to all kleptomaniacs within and outside the government that they can never loot the state and not meet the consequences thereof,” said spokesperson Mbuyiseni Ndlozi in a statement.

He also called on Abrahams to resign. The Constitutional Court is currently deciding whether the NPA head can keep his position after a lower court said he must vacate office.

“This brings to an end a despicable and sorry period in our post-apartheid era,” said Congress of the People’s Willie Madisha, who also called for Abrahams to resign to allow the NPA to rebuild. “It remains unconscionable in the first instance that the ANC sought it fit to subject our country and its people to such a discredited individual,” he said on Zuma.

Zuma’s lawyer Michael Hulley could not be reached for comment at the time of publication. DM

Photo: A file photograph dated 08 May 2006 shows then African National Congress (ANC) president Jacob Zuma sitting in the dock before judgment in his trial for rape in the Johannesburg High Court. He was acquitted. EPA/JON HRUSA