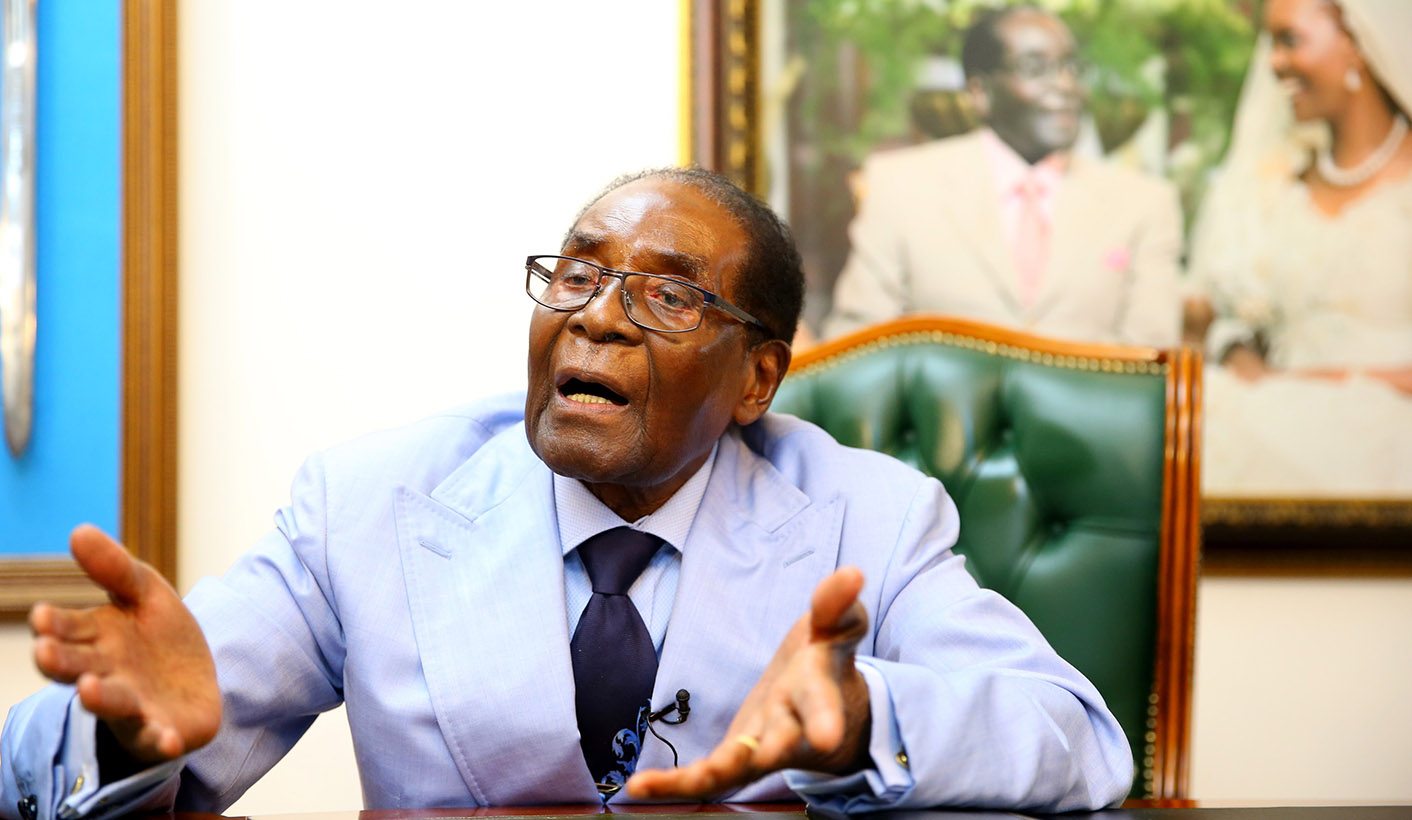 Robert Mugabe, 94, has been quietly simmering with anger and bitterness following his departure from office. His resentment boiled over into the public domain this week in his comments about the person who filled his shoes, Emmerson Mnangagwa. By SALLY NYAKANYANGA.

Ousted former Zimbabwean leader Robert Mugabe said on Thursday that he was willing to enter a dialogue with his former colleague to “undo the disgrace” the country was currently in.

During a press conference at his Borrowdale mansion in Harare, Mugabe also said that President Emmerson Mnangagwa was not constitutionally elected and his rise to power was through a military takeover.

“I don’t hate Emmerson, I would want to work with him but he must be proper, he is improper where he is.”

Ever since he was ejected from the presidency in November last year, Mugabe has lived a quiet life. Save for his outburst to an African Union Commission delegation last month, which paid him a courtesy visit at his Harare mansion which is commonly known as Blue Roof, he has been conspicuous by his uncharacteristic silence.

Yet is has been an open secret among citizenry that anger and bitterness were simmering. Given the life of glitz and glamour that he was accustomed to, Mugabe being confined to the walls of his chateau was a source of dire frustration and stress for him.

On Thursday, the first press conference since he exited government, Mugabe called his removal a military coup and expressed annoyance at his successor, Mnangagwa, calling him an ungrateful betrayer. Mugabe rambled on about Mnangagwa, claiming that he had saved him from the hangman’s noose and went on to mentor him.

“I brought him into government but I never thought that he whom I have nurtured and brought into government and whose life I had worked so hard in prison to save as he was threatened with hanging, that one day he will be the man to turn against me,” said Mugabe.

No amount of comfort and convenience would atone for his loss of power. Despite the apparent national ruination that culminated his 37-year rule, Mugabe believes that he was indeed the leader of choice, and anger has been brewing inside him over his removal from office.

Speaking at the press conference on Thursday the long-serving former leader said that Mnangagwa paid him back by colluding with the army to overthrow him.

“But there it was and there it is it happened on 15 November 2017. He (Mnangagwa) was assisted by the army, I say it was a coup d’état but some people have refused to call it a coup d’état. He could never have assumed the presidency of the country without the army.”

It is hard to believe Mugabe’s genuineness, but one can sense that at the centre of his feelings lies selfishness and not nationhood.

In his attempt to claim that his removal from office was a military coup, Mugabe went on to cite the conduct of the military and deplored the manner in which workers at his house, whom he said were mere cooks, messengers and gardeners, were interrogated. Mugabe painted President Mnangagwa and his military allies with a black brush and inadvertently exposed his bitterness.

“But our people had not experienced such an environment, we prided ourselves on being democratic. Today Emmerson is no longer on my side.”

Surprisingly, the same military that served Mugabe during his 37-year rule, now that the tables have turned, have become “illegal”.

Mugabe insisted that people should get into government in the proper way, citing his willingness to engage in talks with his former protégé.

“I am willing to discuss and assist in that process but I must be properly invited in that discussion,” Mugabe said.

One need not to be schooled to notice Mugabe’s self-righteousness. At the age of 94, as Arthur Sibanda from Bulawayo puts it: “It is better for the ageing former leader to spend the remaining part of his life writing memoirs than crying over spilled milk.”