Reflections: Gideon Sam vs The Board vs Sascoc Staff 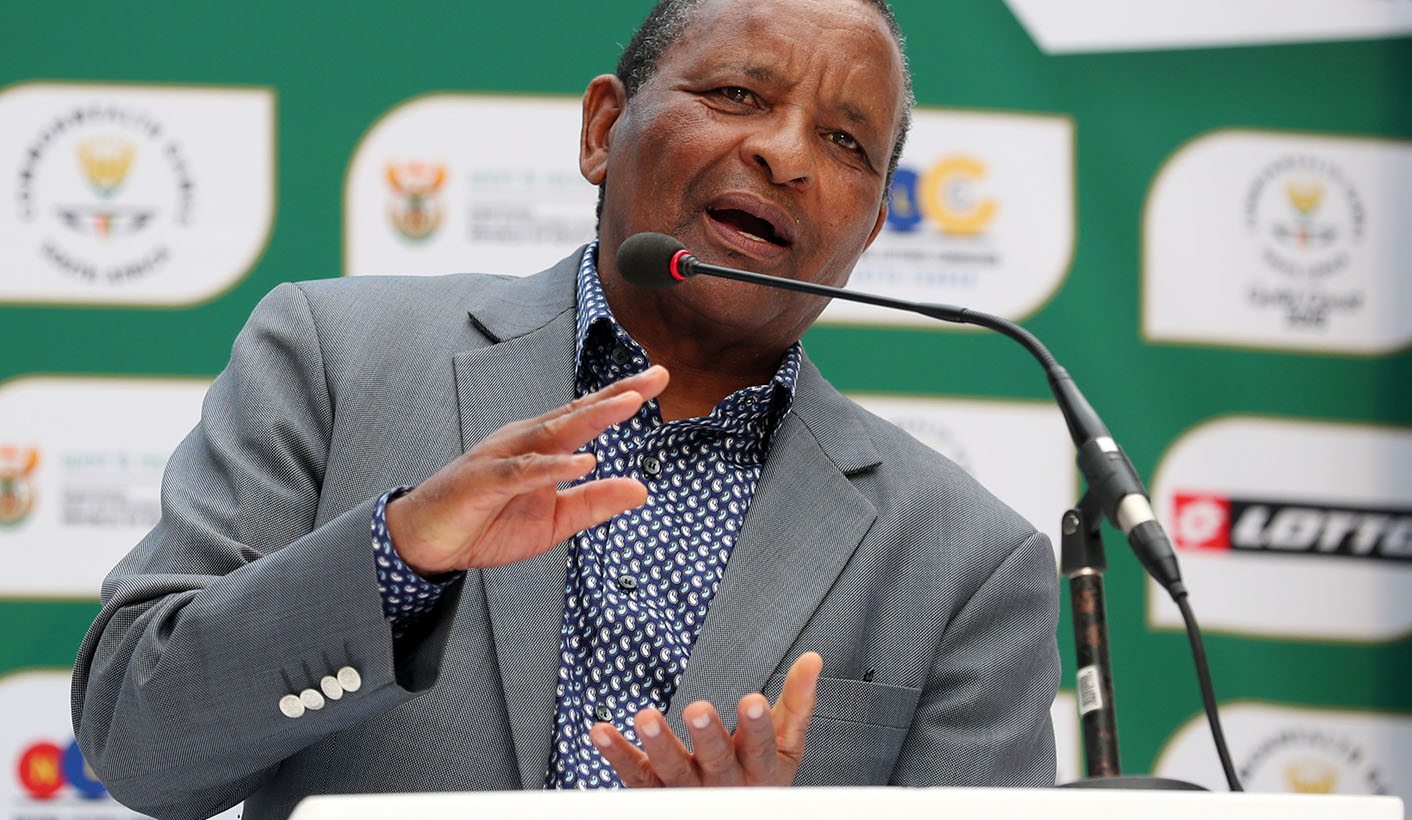 Gideon Sam sparred with the three-person panel looking into allegations of maladministration at the South African Sport Confederation and Olympic Committee. By NKATEKO MABASA.

Sascoc staff and management have previously testified at the inquiry and pointed fingers at Sam and three other members of management for alleged corruption and a host of other offences.

Under scrutiny on Wednesday was how much money Sam earns in his role at Sascoc. The president seemed uncertain about how much he earns exactly, but said he receives no salary from the Olympic body, but rather an “allowance” that caters for things such as petrol and other administrative expenses. Sam said the figure works out to “about R21,000 a month”.

Also under the scanner was how much of Sascoc’s time is actually spent on, well, sport. A heated exchange between Sam and Judge Ralph Zulman, head of the enquiry, then ensued.

Judge Zulman became exacerbated by the evasive response by the President of Sascoc.

It became a battle to see who is smarter to outwit the other, to force the other to admit defeat, by either conceding that there is nothing wrong here or to get the other to confess that something was seriously wrong.

Questioning then went to the amount of time spent by the board in their meetings on “the affairs” to which Sascoc gave priority but “did not concern matters of sports”, whereas about 90% of things discussed were matters other than sport.

Sam disputed the statistics but the judge, clearly frustrated, wanted an answer to the exact question.

“I did not ask you that…” said Judge Zulman, his voice now elevated.

Sam then cut the judge off with: “I am giving you a comment. If you give me a moment to give my answer then you will not have problems.”

Sascoc’s mandate, is, according to Sam, to do “high performance sport”, but he feels that it is not possible as too much of the Olympic body’s time is spent on dispute resolution.

Shamima Gaibie, a member of the panel and practising attorney, then asked about the cause of “the loss of the mandate”, pondering whether it is because of the personalities at Sascoc or the structure.

Sam retorted, stating how it is the structure that impedes his ability to do his work. He went off the cuff and spoke about how he has to spend his time worrying about doping in pigeon racing instead of focusing on the development of the country’s elite athletes.

“I must worry about guy who say, ‘Sam, those guys are doping their birds in pigeon flying’. So instead of now worrying about Caster (Semenya) I must now worry about doped pigeons in pigeon racing,” said the president.

He further emphasised that Sascoc cannot be responsible for the actions of the country’s individual sporting federations and the friction the selection processes cause.

As a result of the poor performances of South African athletes in the 2000 Sydney Olympics, Sam continued, the then Minister of Sports, Ngconde Balfour, created Sascoc to have oversight of the sports organisations and the training of high-performance athletes.

The testimony, which lasted for nearly two hours, veered off into a one-man declaration and rebuttal by Sam to explain his hardships as president and the hurdles he has to overcome to make things work.

The minister’s demand for more medals by athletes and for the need for transformation was cited by Sam as the reason for his decisive and autonomous leadership.

However, the monologue then ventured to flip-flop statements of evading personal responsibility by blaming council as the “highest decision-making body” and how it has authority over implementation.

“The organisation is far bigger than anyone, this is not about Gideon Sam,” declared Sam.

The recently reshuffled Minister of Sports, Thembelani Nxesi, sent three letters to the board of Sasco requesting a report on the progress of the group’s objectives. Sam then assembled a report and submitted it to the minister without the board’s approval.

Gaibie questioned Sam’s decision to contravene Sasco’s constitution and not use due process.

“I was voted by the council to lead, so that is what I did,” said Sam

The panel members were incredulous at the responses by Sam.

Wednesday was the final day of the month-long inquiry and one can be forgiven for concluding that little has been achieved. Staff members accused management while the latter pointed fingers at the board and even the minister.

One thing is clear: the people vested in supporting, nurturing and helping athletes reach their potential are engrossed in internal fights over money and power. DM