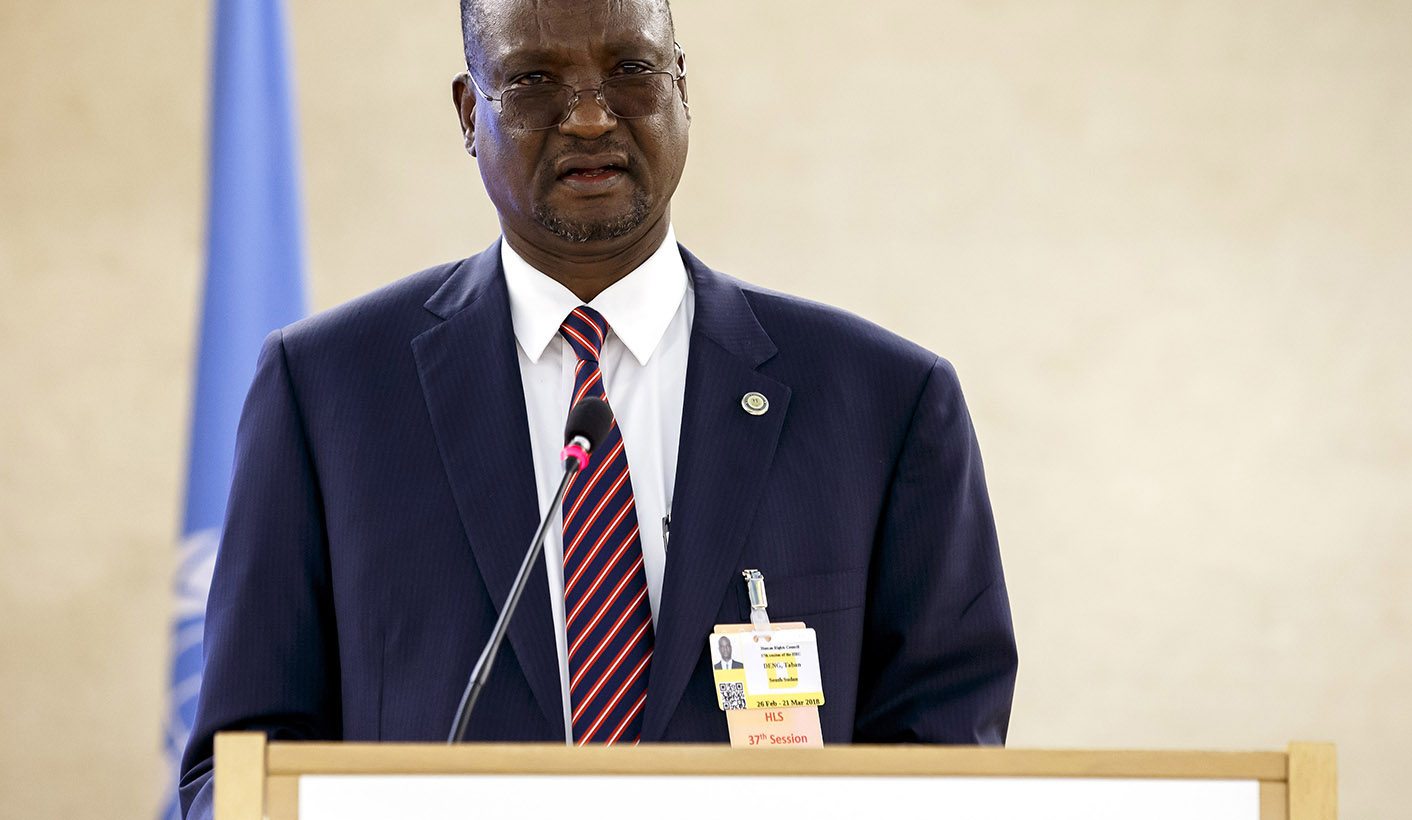 Few have access to justice, and recent death sentences suggest that politics rule in Juba’s courts. By Peter Fabricius for ISS TODAY.

In a country where atrocities have been committed with impunity on both sides of the conflict, by perpetrators probably going all the way to the top, to condemn to death these relatively lowly officials (plus some soldiers convicted for violent crimes against civilians) seems unjust – at least to the layman’s eye.

It makes a mockery of the notions of equality before the law and justice for all. It also raises questions about whether or not “normal” justice is possible in a country attempting to deal with its past, yet still locked in a bloody civil war.

Both Endley and Gatdet, it seems, found themselves on the wrong side of the war. Endley was a military adviser to Machar, former vice president and then later arch-enemy to President Salva Kiir Mayardit. It was the personal fallout between Kiir and Machar that precipitated the horrific civil war that erupted in December 2013.

Endley claimed in court, plausibly or otherwise, that he was only employed by Machar to help re-integrate Machar’s Sudan People’s Liberation Movement-in-Opposition (SPLM-IO) forces into the main national army after the August 2015 peace agreement between Machar and Kiir. When Machar returned to Juba from exile in April 2016 to resume his old position as vice president under that peace agreement, Endley went with him. But then Kiir’s and Machar’s forces resumed fighting, forcing Machar to flee for his life.

Endley, inexplicably, stayed in South Sudan and was arrested in August. He spent 18 months in prison before appearing in court last month. He was charged with conspiracy to overthrow the government, espionage, supplying weapons, insurgency, sabotage, terrorism, and illegal entry into South Sudan – and sentenced to death. His lawyer has applied for leave to appeal the conviction, according to Pretoria, which seems to be in a difficult spot with this case.

On the one hand, Endley is a South African citizen and South Africa, where capital punishment is unconstitutional, has previously intervened when one of its own is given the death penalty. On the other hand Cyril Ramaphosa, before he became president, was trying to mend the split in the ruling SPLM party. Pretoria has signed a host of agreements with Kiir’s SPLM government, for training diplomats and other civil servants – including, controversially, soldiers.

South Africa’s Defence Minister Nosiviwe Mapisa-Nqakula visited Juba in January this year to sign a defence co-operation agreement with Kiir’s government. Instead she should have urged the South Sudanese authorities to investigate the many credible charges of atrocities committed by soldiers against South Sudan civilians, Jonathan Pedneault of Human Rights Watch wrote in the Mail & Guardian last month. Furthermore South Africa is helping Kiir by holding Machar in enforced exile near Pretoria to keep him out of the conflict.

It’s clear therefore that the benefits in the relationship mostly accrue to Juba. This should give Pretoria plenty of leverage in demanding clemency for Endley. But it’s not yet clear if it will use that leverage.

It was accused by Endley’s family of doing little for him while he suffered poor conditions in jail. It’s possible Pretoria may feel that Endley deserves his fate because he has broken South Africa’s anti-mercenary law forbidding its citizens from providing military service to foreigners.

The government, though, says it is awaiting the outcome of the appeal before deciding whether to intervene. There are rumours that if the appeal fails, Pretoria will urge Kiir to commute the death sentence to a prison term which Endley will serve in a South African jail. That would show some mercy but still not answer serious questions about the independence and even-handedness of the South Sudan judiciary, especially in wartime.

The 2015 Report of the African Union Commission of Inquiry into the war in South Sudan, headed by former Nigerian president Olusegun Obasanjo, clearly suggested that both Kiir and Machar are responsible for the atrocities. The commission recommended an Africa-led and Africa-resourced legal mechanism under the aegis of the African Union (AU) supported by the international community, to bring those with the greatest responsibility at the highest level to account.

Though both sides in the conflict accepted the establishment of a hybrid court in their August 2015 peace deal, progress has been slow. Internal processes in South Sudan on establishing the court have led to a draft statute being approved by the Council of Ministers and the AU Commission, but these have not yet won parliamentary approval.

‘For the thousands of victims of the conflict, the delay further entrenches the belief that there is no real commitment by government for accountability and even fewer chances that appropriate remedies for the harm suffered will ever reach them,’ says Allan Ngari, senior researcher at the Institute for Security Studies in Pretoria.

He says the international community, the AU and UN should continue putting pressure on the South Sudanese government “to conclude the process of establishing the hybrid court and its complementary transitional justice institutions” so the country can start dealing with its past.

A well-placed international diplomatic source says there are “slow moves to constitute the court but there have been allegations of foot-dragging on the part of the South Sudan government. The establishment of the court requires the South Sudanese to do things – in concert with the AU – which are frequently not done until the international pressure, including from the AU, builds”.

Regarding the Endley trial, he adds: “There are real problems in regard to the independence of the South Sudan judiciary. And the functioning of their courts. The case of Gatdet has attracted even more attention as a flagrant abuse of justice… Most regard both cases as cynical games to accrue leverage.”

Probably no one is getting real justice in South Sudan. As Ngari says: “It is clear that the South Sudanese judiciary and justice system is in need of reform. It is no surprise that the decisions from the courts are questionable. This travesty of justice is endemic to the justice system in that country, affecting many accused persons.” On top of that are the charges that the Kiir government is deliberately abusing a partisan legal system to pursue its political enemies.

But the Endley case, especially, raises questions about the meaning of justice in a civil war. In normal circumstances, acting as a military adviser to a politician waging war on the government would no doubt justify the serious charges levelled against him.

But would anyone call the circumstances in South Sudan “normal”? Should Endley not be considered a prisoner of war, at the very least for the purpose of mitigating his sentence? DM

Photo: Taban Deng Gai, First Vice President of South Sudan delivers his statement, during the opening of the High-Level Segment of the 37th session of the Human Rights Council, at the European headquarters of the United Nations in Geneva, Switzerland, 26 February 2018. EPA-EFE/SALVATORE DI NOLFI