Analysis: Dipping back into the Age of Gedleyihlekisa? 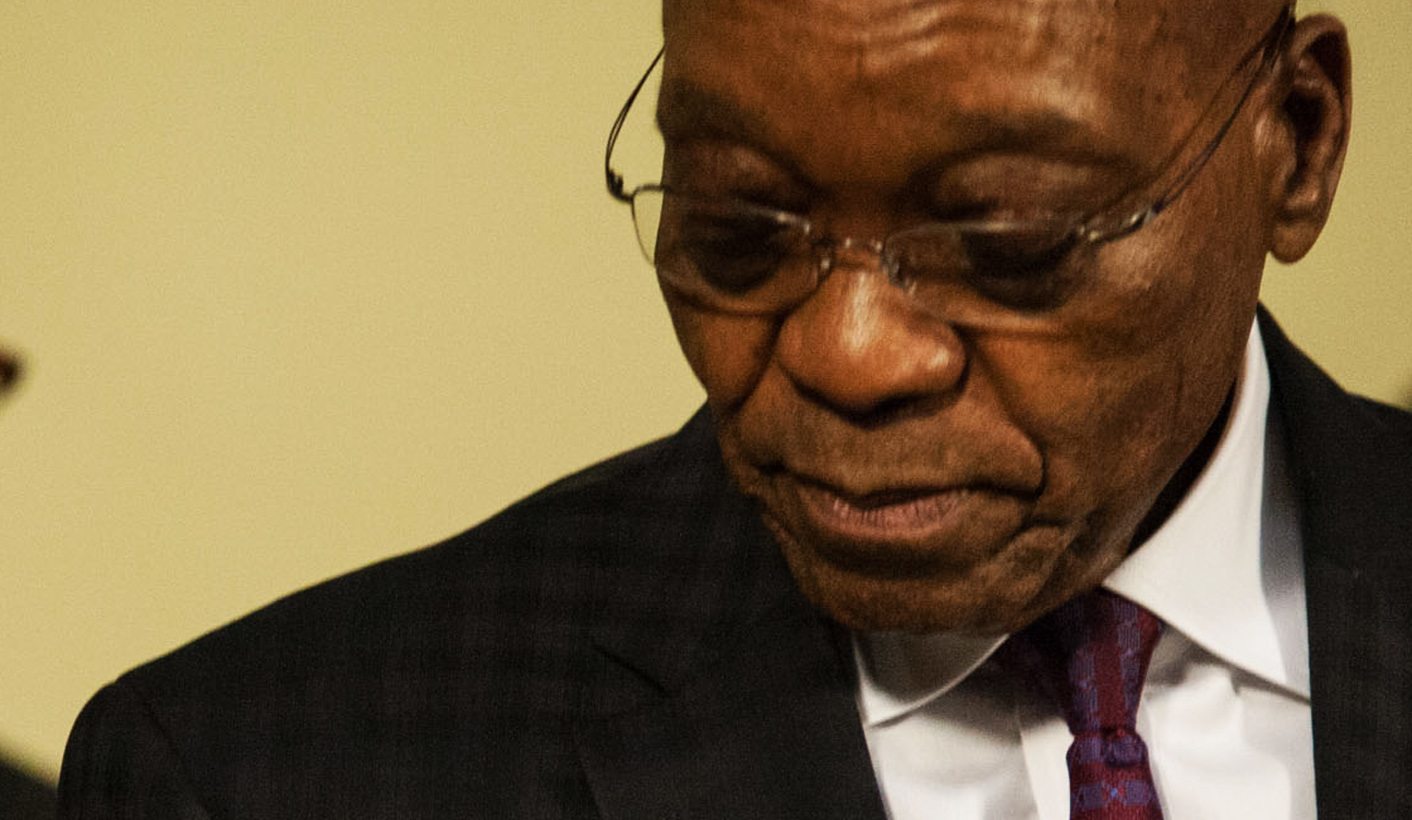 When a person leaves power, power leaves them. It leaves them different, weakened, often a shrivelled person. In some cases, they define a particular era. In modern democracies, there is often a discussion about their legacy and how their decisions influenced the country in the present. With President Jacob Zuma, it is surely undeniable that his own actions will define his time in office and in the Age of Gedleyihlekisa. By STEPHEN GROOTES.

On Thursday, the National Prosecuting Authority is expected to announce a decision on whether former president Jacob Zuma will face criminal charges. Over the last few weeks he has taken great care to appear, in public, to be the dutiful ANC cadre. The reasons behind his newly found energy could be fascinating.

Over the weekend Zuma went out on the voter-registration trail for the ANC, during which he appeared to go all-out to encourage people to register to vote, and then to vote for the ANC. He was well-received, which is hardly surprising, considering he was in KwaZulu-Natal. The previous weekend, he went to an ANC elections workshop, where he appeared to participate in efforts to ensure that the party does well in 2019.

In between the two events, he went to a particularly interesting event, where he made equally interesting comments. This was a gala dinner in his honour held by the National Funeral Practitioners Association of South Africa, again in Durban. This organisation had not registered on the radar of urban English-speaking media before last year, when they hosted Nkosazana Dlamini Zuma at their conference. Then, it made headlines for insisting that white and Indian funeral companies would not be allowed into township areas in KZN.

The event was ostensibly to give Zuma an award for governing only in the interests of South Africans, and not for himself. Yes, it’s true. People do hold different views on Zuma. At this event, Zuma was reported as suggesting that white people had used some black people to remove him from power. In a way, it was not an unexpected comment, given that Zuma has a track record of trying to divide and conquer certain groups for his own political gain.

But, taken together, his activities since his removal – sorry, resignation – from the state presidency point towards a strategy at work. When Thabo Mbeki was removed – sorry, resigned – from office, he appeared to go into a deep sulk. It took some time for him to appear in public in the domestic arena again. Even now, apart from the publication of some newsletters, many of his public appearances are in international forums. The perception, rightly or wrongly, was that he was leaving the domestic political stage completely, and was in a huge huff about it all. It seemed that he was focusing on the past, on the way he was removed, and wronged in the process.

For Zuma, there appears to be an another agenda. It is entirely possible that a man who has spent all his life in politics, first in a liberation movement, and then in a governing party, simply cannot stop himself. There are many cases of politicians, particularly men, who go into complete decline without the feeling of public adulation they believed they had. This would mean Zuma is doing all of this simply because he needs still to feel important, a particularly human need that many people of retirement age could share.

But it is also possible that he feels an urgent need to plan for his future. This is not to say that he has realistic designs of coming back into power. Surely even he can see that the ANC would simply not survive any plan to remove President Cyril Ramaphosa now, and certainly would not win another election with him, or anyone seen as close to him, at the helm. Despite all the war-talk from some of his allies, in politics it is almost always impossible to turn the clock back, and that is precisely what would be happening here.

That said, it is also entirely possible that Zuma is aware of certain personal dangers expected to come his way soon. The National Prosecuting Authority is expected to announce a decision on whether he should be charged with corruption stemming from the conviction of Schabir Shaik in 2005. While there will be a legal strategy named after a Russian city on the river Volga, there will also be a political strategy. It would certainly help Zuma to have masses of people outside the court, claiming once more that he is the “victim”. It would make the start of any trial a huge spectacle, and that could perhaps help him simply by having his power once more on display.

One of the levers of power that he could also pull could be rooted in what you could refer to as the ANC’s KZN problem. None of its current Top Six leaders are from KZN, and support for the ANC in the province shot up dramatically after Zuma’s ascension at Polokwane. This means that the party is now much more vulnerable than it was before in the province. While it is in no danger of losing control of it, the population is so big that any reduction could have an impact on the ANC’s share of the national vote. This means that it would make sense for Zuma to try to look as powerful as possible in KZN at the moment, to gain once more a measure of support that he could then later threaten to remove from the ANC. Considering that Dlamini Zuma has already made comments suggesting that women should consider withholding their vote if government doesn’t make progress on gender, it is entirely logical that this strategy is being prepared.

What all of it does tell us is that Zuma could believe that for various reasons, to protect himself, and perhaps other people, it is important for him to retain some political power. The question will become severely urgent if, or when, he decides it’s time to use it, even though there will be important limits to what he can actually do.

For Ramaphosa, this probably isn’t necessarily a huge problem. He is in power, and therefore the power is with him. He doesn’t need to worry too much about a person whom power has left. But former presidents can be a nuisance, they can pop up and make dumb comments that end up getting acres of media attention because they were the person who came before.

Having said that, the memory of the Zuma era is unlikely to fade soon. The court cases and charges and humiliations of the people close to him are still to come in greater number. That will certainly put more limits around what kind of political power he could exercise in the future.

And yet, Zuma, the player of the power games, has hurt the ANC and his country many times, even in the days when he was sitting comfortably in power. The insecure, panicking Zuma will be a dangerous actor in the future episodes of the drama called South Africa. That moment will almost certainly arrive, sooner or later. DM