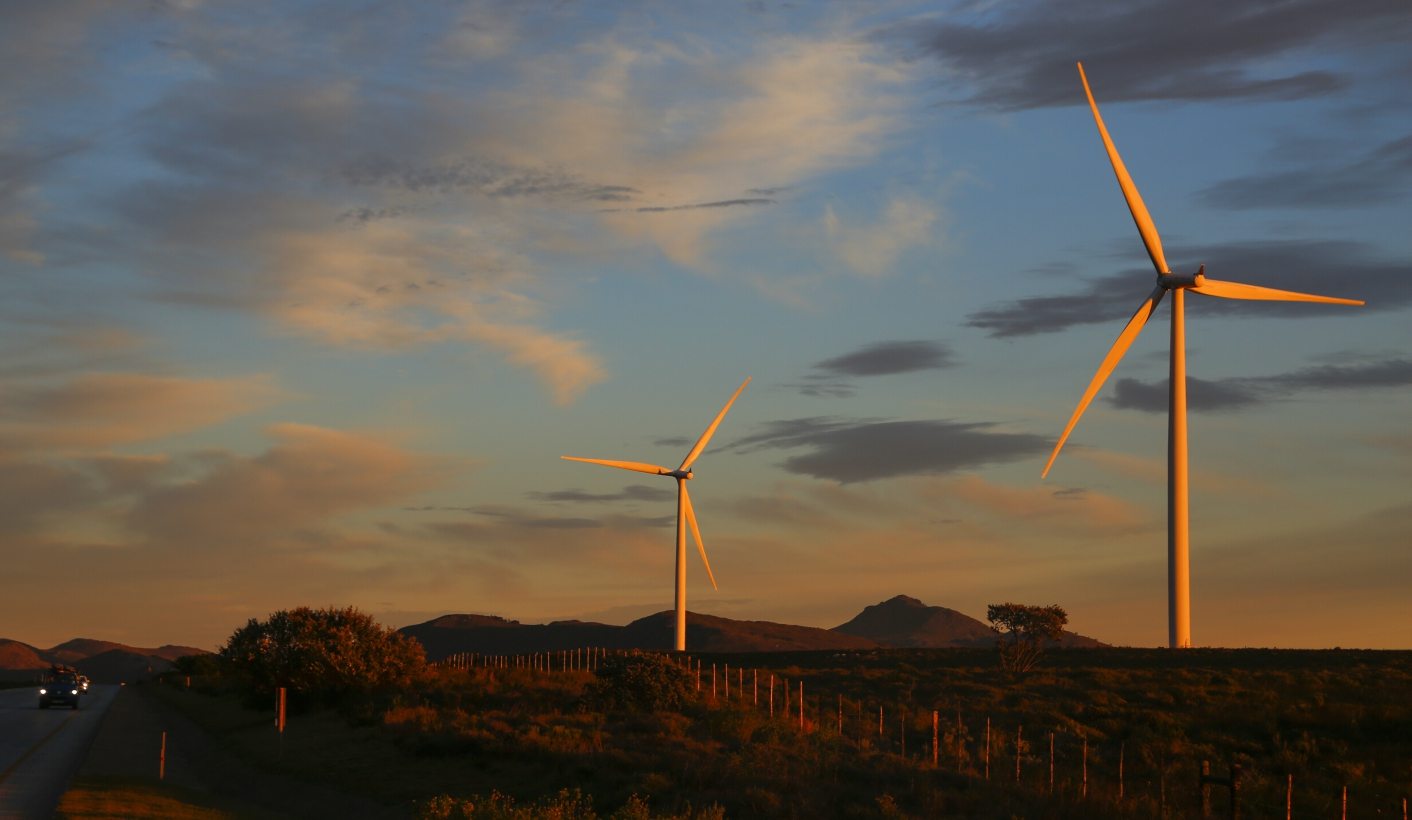 The bitter legacy of Africa’s colonial history, deeply embedded in divisive, and extractive political systems continues, in part, at the hands of the coal industry. Resistance is characteristic of the story of Africa and can be seen through communities standing up to fossil fuels exploration and would rather embrace clean energy alternatives. Perhaps through bolstering our support at this level, we can build and champion for a deCOALonised of Africa. By LERATO LETEBELE and BRIAN KAMANZI.

The late 19th and early 20th centuries the “Scramble for Africa” saw competing European imperial forces divide up the continent with the complicity of local elites. The burning of fossil fuels was central to the developments of the industrial period. Today, a new wave of corporate colonisation unfolds that profits multinational corporations. At the level of energy production, any new coal infrastructure comes at great cost: local environmental destruction, displacement of local peoples, and an intensification of the pace of climate impacts while profits are channelled elsewhere, outside of Africa, deep in the pockets of few corporate beneficiaries.

This wealthy elite to continue to erode the gains fought for through mass struggle across the region.

Many of these corporations secure highly undemocratic and questionable contracts that undermine environmental and social protection. Finding loopholes and actively pursuing means that threaten moderate gains through the state. Further, fossil fuel corporations show criminal disregard towards the urgency to limit global warming to 1.5 degree Celsius, which is an immediate and pressing challenge facing our generation today. It is clear, the same values and material interests underpin this new push for coal as the early waves of colonialism in Africa: greed, exploitation and a disregard for the lives of millions across the planet.

From DRC, Nigeria, Tanzania, traces of neo-colonial development projects in independent Africa, propped by Western powers sprout at a time when we’re seeing devastating climate impacts fast becoming a norm. Is Africa the last frontier for coal expansion in a world where rapid developments in renewables send elite nations hurtling in the opposite direction?

In Africa, climate change is not just an environmental problem, but a large-scale humanitarian problem too. It is no longer a distant threat, but a severe crisis that is already unfolding around us. Despite the causal link between modern energy and economic development, Africa remains energy deprived by comparison. Today, 630 million people live in abject energy poverty, unable to access reliable electricity sources. These factors largely contribute to the continent’s growing appetite for coal production.

The late intellectual and freedom fighter from Guyana, Walter Rodney in the early 1970s explained how the industrial development of the “first world” was made possible through the active “underdevelopment” of Africa. In the energy domain therefore we cannot consider the energy crisis alone outside of it’s historical context and outside of the global trends in energy production and consumption over time. The structural adjustments period of the 1980s, imposed by the Bretton Woods international finance institutions, sent numerous economies in Africa, Latin America and Asia into austerity slowing industrialisation, investment in public goods, such as education, health care and setting back efforts made within these contexts to develop critical skills, particularly relating to the utilisation of various technologies and the generation and distribution of electrical energy.

Africa is the most vulnerable region to climate change due to the interplay of harsh climatic conditions and fragile economies. Intense and unpredictable weather patterns adversely affects the continent and the lives of millions of people. Already refugee migration patterns and conflict over scarce resources such as water spreads across borders.

At the heart of climate impacts are displaced vulnerable communities. Those who contribute the least to global climate impacts. It is ironic that the corporations pushing African governments to adopt coal projects shun this archaic technology due to increased, health and environmental impacts. China for example at the forefront of unleashing their multinational corporations onto the continent. Feeding Africa’s coal appetite as a means to fix acute power shortages will only increase the existential crisis of climate change. The industrial era saw the world experience 2016 as the hottest year in history, perpetuating the climate crisis at a pace and magnitude far beyond previous predictions. Continued growth in coal mining and fossil fuel production in Africa will not see the continent develop at a rapid pace such as first world countries, but will undoubtedly exacerbate unpredictable weather patterns ravaging the continent.

We know that in order to halt further catastrophic climate impacts, all new fossil fuel reserves must be kept in the ground. We must leave all new coal in the ground.

In countries such as South Africa, Nigeria, where coal mining is a dominant economic contributor, colossal environmental effects are yet to be adequately tackled and exhausting all sustainable options to mitigate the crisis. With $36bn still owed to Africa as a direct result of damages caused by climate change, civil society, individuals, community leaders, faith institutions are rising up against parastatals, and breaking the stranglehold of fossil fuels on our economy and political system.

We are fighting the polluters head on. From South African banks funding coal, to Kenya’s Energy Regulatory Commission endorsing Lamu coal project, fearless resistance is shaping up, escalating anti coal calls that have been echoed over decades. In many cases by communities and campaigns mobilising and applying pressure through the court systems. Slowing down and halting projects has become possible by making use of the requirement for environmental impact assessments, however the courts cannot resolve the roots of the problems – that power lies with the communities themselves. The emergence and success of grass roots resistance to destructive fossil fuel projects highlights the urgency to advance existing struggles and support communities united against unwanted fossil fuel projects.

Together we can pave the way to energy solutions that are, for and by Africans. This could mean developing and investigating the viability of decentralised renewable energy systems and energy independence fully owned and controlled by all Africans and by the working class in particular. Profits made from sustainable energy pathways must be shared amongst those most affected in communities, not just in the pockets of corporations and wealthy elite driven by profits at the expense of people and the environment. A united deCOALoniseAfrica can lead to energy independence for all. This in symbolic and literal terms brings power back to the people. In the long term, avert further catastrophic climate impacts on the continent. The often high capital cost of renewable energy systems such as solar technologies, without some form of intervention or careful planning and organising, once again stand to benefit only the wealthy hence simply the existence of these technologies alone is not enough.

Our energy system should be based on African values of communalism, ubuntu, an interdependence that promotes “humanness as an essential element of human growth.” Despite the ravages of colonisation, African values still hold strong in many aspects of community life. In order to achieve some of what such an ambitious demand would require, careful attention needs to be paid as well to the political economy of renewable energy systems themselves alongside a broader engagement with interlocking challenges facing contexts in Africa today.

And whereas the push for coal sees profits directed to coal corporates, a system drawing on traditional African values would be geared towards sharing the surplus across the community while caring for the environment and climate.

The world is rapidly moving away from fossil fuels. Africa can leapfrog straight to renewable energy sources and decentralised off-grid technologies benefiting millions of people. We have solar in abundance This is the natural resource we must harness to transform Africa’s energy mix.

Renewable energy sources already exist to light up and kick-start the use of alternatives to service the continent’s energy needs. It is estimated that by 2040 more than 40% of Africa’s energy mix could be be derived from renewable sources. In order for growing ambitions and plans with this systems to bare fruit in Africa, a clear strategic focus on education, skills training and long term plans to bring in house the production and research of these systems can mitigate the risk faced by becoming technology dependant.

Movements and communities participating in the development, education and formulation of these alternatives could be well placed to provide the impetus needed to propel interest and development in improving existing renewable energy for our diverse contexts.

Ownership of decentralised solutions is the key to empower front line communities and adequately respond to climate crisis. This is our moment to seize the opportunity presented by recent technological innovations, particularly in the solar system domain, to challenge the continued expansion of climate change. The question remains though whether collectively we will be able to come together to allow the alternatives system to take root, flourish and grow with all the mistakes and contradictions they may hold.

Is coal really a part of the future of Africa that we want to see? We’re at turning point – either we do nothing, stand idle and secede power and ownership to a growing wave of energy colonisation, or we unite, on the basis of material conditions guided by our common values of ubuntu, Africa’s philosophy to humanity, and pursue an energy future that is locally owned, renewable and healthy for our communities, environment and future generations. Join the deCOALoniseAfrica call and let’s collectively take ownership of our energy sources, and safeguard the future of Africa’s children. DM