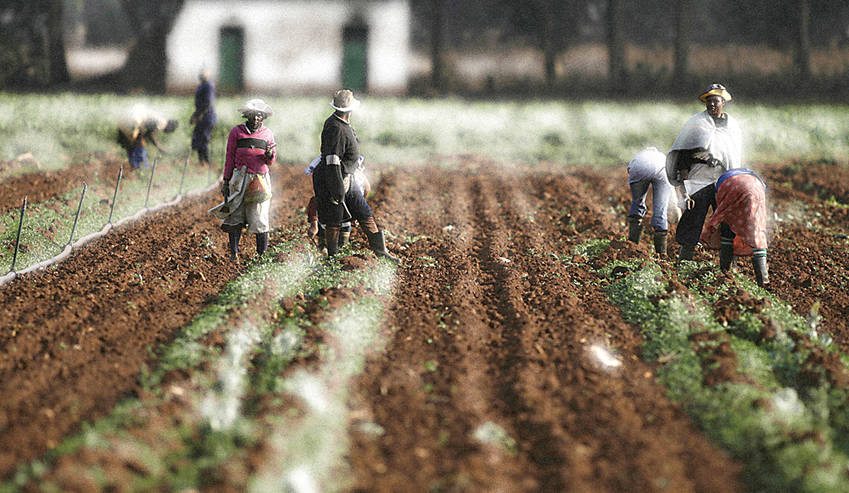 “The ANC will manage the land question sensibly,” ran the headline to an interesting piece by the Deputy Secretary-General of the ANC last week (Daily Maverick, 4 March). As her party prepares to introduce a regime of expropriation without compensation – with all the risks that it entails – whether this assurance is to be taken seriously or not is probably more important now than ever. By TERENCE CORRIGAN.

The first principle of good public policy is that it must be based on good evidence: correctly identifying issues, understanding the actual state of play, and envisioning solutions that are possible within the real-world capacities of the interest groups involved. In the absence of evidence, government actions are likely to be arranged around an alt-reality of untested assumptions of fact and ideology. And when that happens, it’s hardly surprising when policy outcomes don’t match expectations, or even prove downright counterproductive.

This is all the more important when the policy issue is a high-profile political totem. Little has taken on this role as land and land reform policy have. If land reform is to serve as a means of advancing agricultural output, food security, development and social cohesion – as Duarte, quoting former president Nelson Mandela, avers – the necessary first step is to understand the prevailing situation as it exists.

Duarte was neither the first nor will she be the last to cite the data from government’s land audit incorrectly. To quote her: “(W)hite South Africans continue to own 72% of privately owned land in South Africa. This is followed by coloureds at 15%, Indians at 5% and Africans at 4%. In other words, whites own more than 18 times the amount of land than Africans do.”

These statistics invariably spark concern, if not outrage. In fact, however, they deal with only a minority of the land in the country. (Indeed, few perceptive readers could have failed to notice that these numbers fall far short of the 13% accorded to the country’s African population by the Land Act of 1936.)

Government’s land audit put the totality of land in South Africa at some 121,924,881 hectares. Of this, around 37,800,986 hectares is held by individuals as privately owned, registered, freehold land. It is the proportion of this land (around a third of the country’s total) that Duarte’s figures relate to.

Meanwhile, the report indicates that in total, 114,223,276 ha is registered at the Deeds Office. This accounts for some 94% of the total. The remainder, a little over 6%, or 7,701,605 ha, is unregistered state trust land, mostly in the Eastern Cape and Limpopo.

Land in private hands – privately owned, secured by title deeds – amounts to some 93,956,125 ha. This is equivalent to around 77% of the total. Private land holdings are divided, in their hectarage, between individuals (39%), trusts (31%), companies (25%), community-based organisations (4%) and co-ownership arrangements (1%).

The registered landholdings of private individuals are also the only type of landholding for which racial data can apparently be obtained – the fact that it was not possible to confirm the racial identity of over two thirds of South African landholding may well be the most important finding of the audit; a thin evidence base for policy indeed.

These figures clearly bear the imprint of past and current practices. They reflect the dispossession of African people of their landholdings. More than that, the figures reflect the denial of property rights. Under colonial and apartheid rule, freehold title was typically denied to Africans. Such land as they did have access to would be held ‘in trust’ for them, by the state or by traditional leaders. This has continued after the advent of democracy. Indeed, land redistribution policy – notably expressed through the State Land Lease and Disposal Policy – is now premised on the idea that people receiving land will, for the most part, not own it.

Prof Ruth Hall of the Institute for Poverty, Land and Agrarian Studies described this in harsh but accurate terms: “This is a policy that says that black people are not to be trusted with land.”

The landholdings to which African people may have “access”, or which they may work and occupy, are certainly larger than the relatively small amount registered to African individuals. And it is a matter of profound disappointment that since 1994, so little has been done to ensure that the “assets” of African people (or, perhaps more accurately, the “assets to which they have access”) could become real “property”.

More than this, if land is to be a productive means of livelihood and dignity, then a focus on size and percentages of the country’s landmass is counterproductive. If acreage was the key concern, then great progress could be achieved simply by buying up large tracts in the arid Northern Cape (this province, according to the audit, contains around a third of privately held agricultural land, and as Duarte notes, a disproportionately large part of it is held by white owners). Simple. But – and for good reason – government has not tended to seek land for redistribution there. More fertile and better watered lands in the eastern part of the country make much better prospects for farming.

Indeed, Agri-SA’s study of land ownership patterns across South Africa – which attempted to classify the racial identity of trusts, companies and so on – found that some 46% of agricultural potential of the country was owned by black people and by the state. This suggests a far more positive picture for black agricultural landholdings than does the government’s land audit.

As an aside, whatever the merits of its data, the land audit’s reported recommendations would do little to advance land reform. Its proposal to nationalise all land in South Africa would mean neither black nor white farmers, nor presumably urban residents, would really own their land. This would not only undermine the capital base of the agricultural sector – it would become impossible to borrow against landholdings – but would reduce all land owners, and prospective land owners, to being tenants of the state.

There is little to suggest that South Africa’s land bureaucracy has anything like the capacity to manage such landholdings. Indeed, there is plenty of evidence that failures in the state – corruption, maladministration, a lack of capacity – have been central to the difficulties in making land reform work. The audit’s recommendation promises merely to ensure that landholders across the board are subject to these restrictions.

Obtaining land is not the central problem facing land reform in South Africa. The country needs to address the shortcomings in policy and change course on its apparent determination not to promote real ownership among its beneficiaries.

A rationally designed and properly funded land reform programme that understands the complexities and nuances of land and agriculture in South Africa would be of immeasurably greater value than expropriation without compensation. It must also be a plan that empowers landowners, especially emergent ones, with the secure property rights that they have long been denied.

Good sense, in other words. DM