Op-Ed: Copper boom is back, will Zambia benefit? 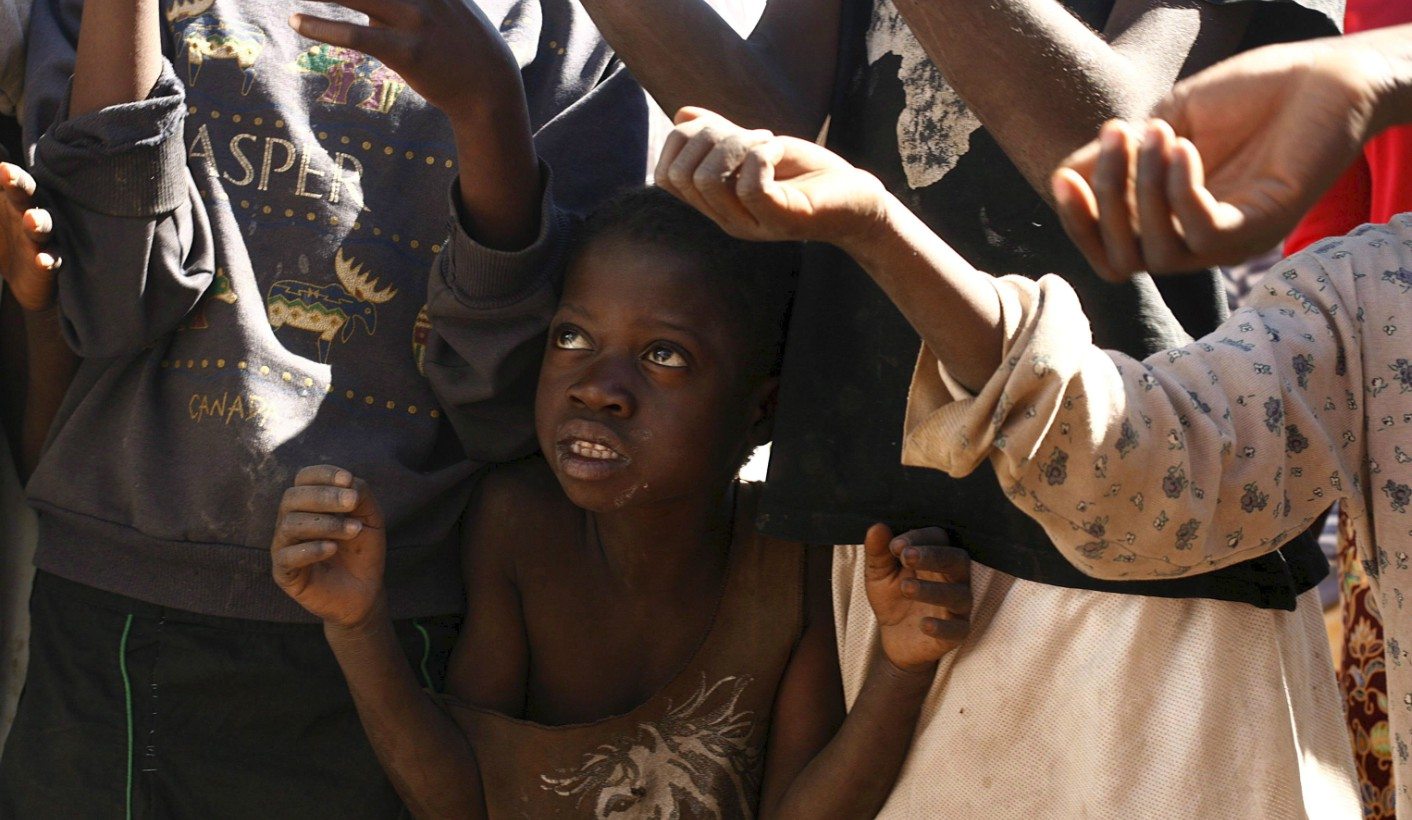 Today, the prices of copper and cobalt, the minerals in which Zambia has the largest stake, have risen at an unprecedented high rate of $7,000 and $80,000 per tonne respectively. This increase in price of these two minerals is a great opportunity for the economy of Zambia. The big question, therefore, is whether Zambia is prepared to draw maximum benefits from the new boom? By CLAUDE KABEMBA and EDWARD LANGE.

Zambia’s entire economy is dependent on copper. It has been like this since the country attained independence in October 1964. Copper defines Zambia. Since privatisation in early 90s, the mining sector has attracted Canadian, Chinese, Indian, Australian and American mining companies. At some stage, Zambia was the biggest African producer of copper until the Democratic Republic of the Congo (DRC) overtook it in 2013.

Still, Zambians have consistently monitored the health of the mining sector, knowing its contribution to the overall economy. Thus, when the price of copper goes up, hopes are raised that lives will change and when the price goes down, fears abound of operations scaling down, leading to massive job losses and a decline in contributions to the fiscus. That there already is in place a problematic and inefficient Corporate Social Responsibility (CSR) framework governing the operations of mining companies in affected communities, these fears are legitimate.

By all accounts, the mining sector should have been a saviour of the country’s economy. But, the reality is that whether the price of resources increase or decrease, the people do not benefit. Many Zambians, including the president, Edgar Chagwa Lungu, echo this view. The entire mining sector is structured in such a way that mining companies always take the lion share of profits, leaving behind poor communities and massive environmental damage that mostly affects water and soil quality. Evidence abounds of polluted streams and rivers in the Copperbelt, all polluted by various mining activities.

Today, the prices of copper and cobalt, the minerals in which Zambia has the largest stake, have risen at an unprecedented high rate of $7,000 and $80,000 per tonne respectively. This increase in price of these two minerals is a great opportunity for the economy of Zambia. The big question, therefore, is whether Zambia is prepared to draw maximum benefits from the new boom?

Recently, ourselves, joined by other colleagues, spent a week in Zambia talking to different stakeholders in Lusaka, Ndola and Solwezi. We met with the Minister of Mines and Minerals Development, Richard Musukwa, MP. He is clear on the priority of his government, which he describes as ensuring that mining activities benefit the people of Zambia, and the government, he stresses, will not sleep until this happens. To the ears of Zambian civil society, Musukwa’s words are hollow and point to the empty sloganeering they have become accustomed to. For some civil society organisations in Zambia, therefore, it is quite clear that their government does not have the capacity, let alone political will to turn the resource curse afflicting their country into a blessing. A prevailing view among these civil society organisations is that multinational companies are too powerful for the Zambian government to reign in and demand transparency and accountability. In response to this criticism, the government of Zambia has constituted a special committee to look into the complaints by Zambians, broadly, that the mining industry is not benefiting the country, as it should. While people appreciate the government move, critics argue that the reasons why Zambia is not benefiting are known and the government must simply act to reverse the situation.

Some of the critical issues that the Zambian government must act on include, first, the adjustment of the balance of power between government and mining companies. There is a strong perception that there is an asymmetrical power imbalance, which favours mining companies. They get whatever they want, including rejecting any adjustment government wants to introduce in the mining framework. In many instances, companies use threats of withdrawal of their investment to force the government to back-off from any change that will reduce companies’ profits. Regrettably, this is a manifestation of a government that does not have a vision of what it wants to do with its minerals. Any government with a vision, will not be bullied to the point of abandoning what it believes in. This situation has slowly started to erode confidence in government, especially from mining communities who suffer from mining activities through displacement, pollution and lack of access to sustainable economic opportunities.

Second, the government must ensure it shares in the large profits that are now being made by mining companies with the increase of copper price Mining Companies have been quite about the price increase. They are quietly enjoying the benefits. They are not prepared to open the issues such as payment of a windfall tax, increase of workers’ salaries and increase of their Corporate Social Investment, benefits of which are quickly shelved when price decrease are reported. To prevent the unpredictability, which comes with price fluctuations, the Zambian government must introduce a clause guarding the stability of the fiscal regime in country’s mining law.

Third, we strongly feel there is need for the government to develop a system that will segregate aggregate the production figures especially of Cobalt and Copper. Cobalt is a by-product of Copper. Although Zambia it is not a big cobalt producer, it is difficult to know how much Cobalt companies produce and export. There is a rush for cobalt currently given constrained supply and strong demand for lithium batteries, needed for electric cars. The price of cobalt, if one considers the projection, which car manufacturers are, making, will not come down soon; unless there is over production but this is unlikely. Currently the DRC is the world’s biggest producer. Combined, DRC and Zambia hold 57% of world cobalt reserves. Last year the DRC produced 68,000 tonnes of cobalt. With the cobalt rush and the price increase, the DRC will certainly increase its revenues. But, Zambia’s cobalt production figures are not publicly available. It is necessary for government to ensure mining companies are compelled to divulge the correct figures of cobalt production and pay what is due to government. The DRC has just made cobalt a strategic mineral and has pushed its royalty rate from 2,5% to 10% in the new Mining Code signed last week by president Kabila.

Fourth, the government must strengthen its revenue collection capacity. The low capacity or lack of it to collect the right and correct taxes from mining companies is due to lack of a clear and efficient system that allow institutions assigned to carry out such functions to execute them with efficiency.

Fifth, the Zambian government must monitor and evaluate the CSR of mining companies to ensure that their contribution supports the transformation of Zambian society. Government must know that it is not a core goal of mining that growth and profit it creates will either reach or enrich indigent communities. Companies claim to be investing millions of dollars in communities but it is not clear where these investments are made because, for us who visit mining communities continuously, we find them poorer than the last time. In reality, mining companies perpetuate poverty and impoverish communities. In Zambia, mining companies are making huge profit but their activities are not shifting structures of poverty. The failure to channel profits into the development of those affected by mining, reveals a perennial practice of exploitation that is hundreds of years old.

Companies are increasing their production for copper to benefit from the high price. It seems that Zambian government is not prepared to draw maximum benefit from this increase. Zambia has been one of the most peaceful and stable countries on the continent. Sadly, this stability has not translated in a better life for the Zambian people. It is clear from the Zambian case that mineral resources endowment can lead to the creation of wealth, but such wealth cannot be automatically created. The Zambian state must assert its sovereignty over the country’s minerals now before it is too late. DM

Photo: A young boy tries desperately to get handed a mosquito net by members of the Roll Back Malaria Expedition in the Matongo village, Zambia, 23 April 2008. EPA/KIM LUDBROOK