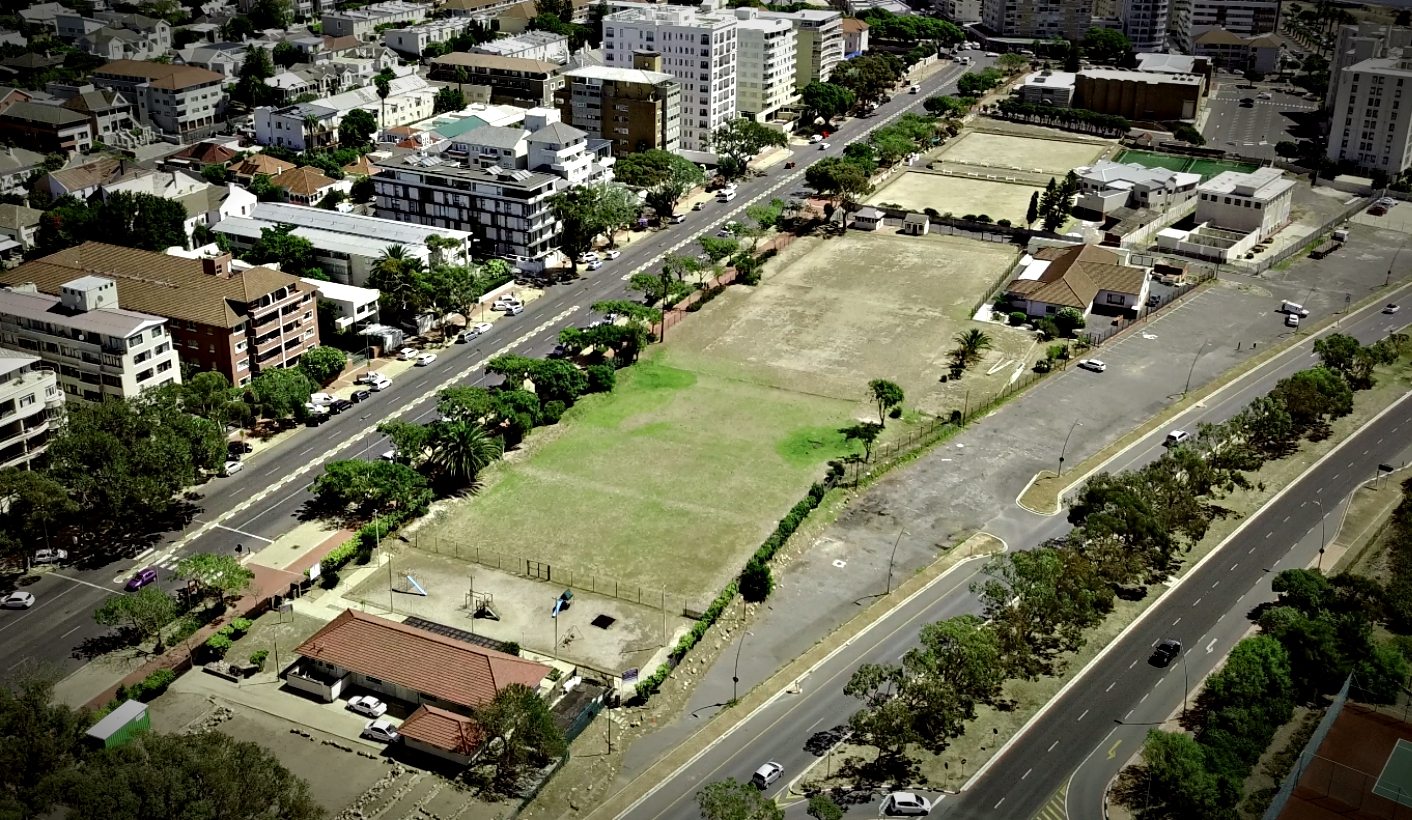 How can a parking lot that is empty for 18 hours a day be a better use of land than a home? By Nick Budlender for GROUNDUP.

Despite a profound housing and segregation crisis, the City of Cape Town continues to lease well-located public land for next to nothing to private companies and associations for bowling greens, parking lots, golf courses, and other inefficient and exclusive uses.

This week Heritage Western Cape will debate an application by the city to grant the Green Point Common Grade II heritage status, which would prevent any further development on the biggest parcel of public land on the Atlantic Seaboard.

In the 1950s, the then city council saw no problem granting development rights for the building of skyscrapers along Mouille Point, but now when we desperately need land for affordable housing, our city council is attempting to protect it.

This is not about sports and recreation. There is more public land in the area being leased for this use than anywhere else in the city. And while preserving some public open space is important, we have to ask exactly whose heritage is being protected? Who is benefiting from this decision and at what expense to the city as a whole?

At the same time, the city has advertised a proposed lease of 5,826m2 of public land next to the police station on Green Point Common — an open field, a clubhouse and three disused tennis courts.

According to the official processing the lease, the land will be used for “various sporting codes”, which means that it is likely to be leased to another private sports club or association, much like most city land that surrounds it. Across the road, over 40,000m2 is being used for bowling greens (but mostly lies unused). Virgin Active has already grabbed public land next door and the vast majority of the Common is used for a private golf club.

We must ask ourselves how it has come to be normal for the city to lease public land to private sports clubs and associations that are mostly accessible to a wealthy white minority living in the area?

Many of these leases find their origin in apartheid and even colonial city planning decisions. The Common was granted by a colonial administration to the people of Cape Town in 1923. Later, when black African residents were not allowed to come to the city, and coloured residents were banished to the Cape Flats, city planners saw it fit to use other good public land in white Group Areas for leisure.

Cape Town was built on dispossession. Wave after wave of state-sanctioned evictions and displacement have shaped the city into what it is today: one of the most unequal urban areas in the world. And people continue to be evicted into either homelessness or desolate relocation camps every single day through the court system.

In this context, it is important for our government to ask itself some vital questions. How can a parking lot that is empty for 18 hours a day be a better use of land than a home? How can a golf club that serves a smattering of wealthy residents on weekends be more important than the rights of thousands of residents living in backyards and informal settlements? How can bowling greens that are used once a week stand in the way of bringing black working-class people back into the areas from which they were violently evicted?

When the vast majority of residents ask for reasonable land reform the city and its wealthy supporters throw their hands up in the air as if it is utterly disruptive and unacceptable for any number of reasons. These skewed priorities are still being implemented today, without thought, by city bureaucrats and politicians.

We do not need to continue to be held hostage by land use decisions that were specifically designed to further the interests and pleasures of a minority at the expense of everyone else. The Constitution has fundamentally changed how we should be using public land, and no land should still be considered to be off-the-table for the development of affordable housing.

The way that our government manages land needs to demonstrate a strong break from the practices of the past. The Constitution recognises the history of forced removals and landlessness and places a number of obligations on the state. In particular, Section 25 of the Constitution places an obligation on the state to ensure citizens gain access to land on an equitable basis, and Section 26 sets out the state’s obligation to progressively realise the right to housing.

The Spatial Planning and Land Use Management Act of 2013 places a clear obligation on the city to advance spatial justice, spatial efficiency and spatial sustainability in every land use decision, whether taken by a public or private actor. It has fundamentally changed the way that our cities are meant to be managed.

Even if you believe that Green Point Common has special status, then you need to consider the hundreds of other leases being renewed every year.

As activists mobilising for affordable housing we are constantly told that there simply is not enough land available in well-located areas. This is untrue. There is land.

The city’s affordable housing plans in Woodstock, Salt River and the city centre are a necessary step in the right direction. If these projects are ever built, they will help to protect the diversity of areas that are rapidly gentrifying.

However, real integration depends on bringing people into formerly whites-only areas such as Green Point that they were either evicted from or denied access to altogether. If the city is serious about integration, reviewing all leases of well-located land needs to move to the top of its agenda.

Last week Ndifuna Ukwazi submitted an objection to the proposed lease in Green Point. We will continue to object to unjust leases moving forward. It is a matter of time before the city is, once again, hauled before a court to defend the slow pace of spatial transformation and desegregation. city politicians can no longer claim that they have just never thought about public land in this way. DM

Budlender is a researcher with Ndifuna Ukwazi